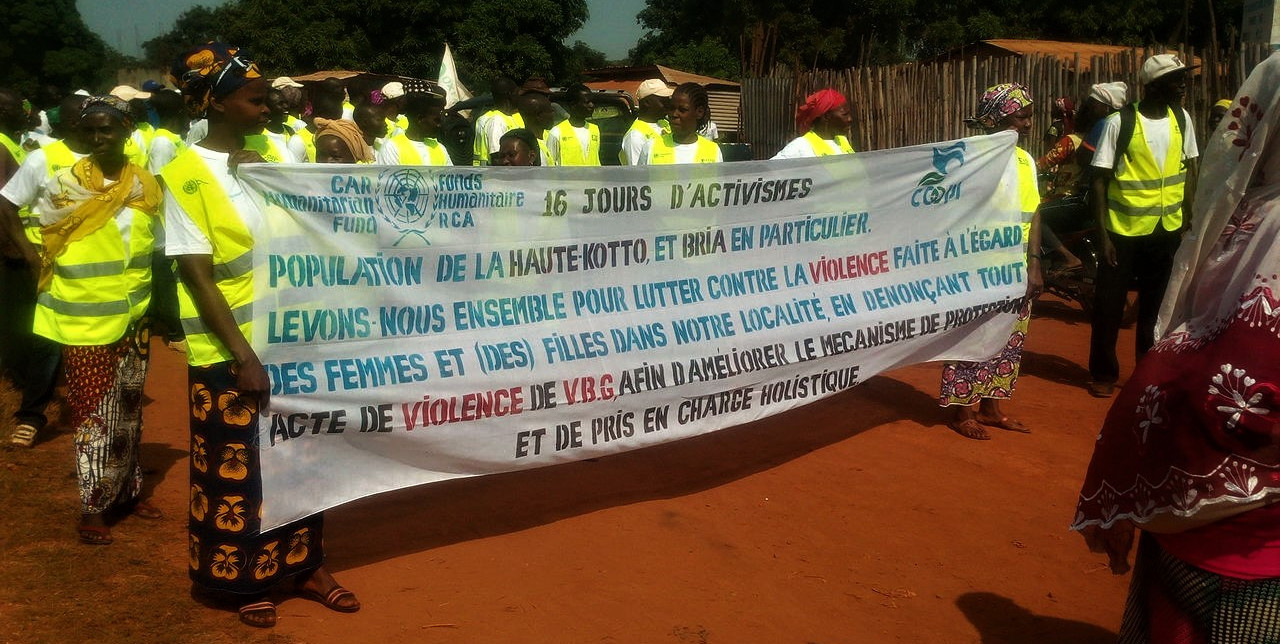 Bria. 2,700 people together against gender-based violence

On the occasion of the "16 days of Activism against Gender Violence" - celebrated every year throughout the world from 25th November (International Day for the Elimination of Violence against Women) to  10th December (World Day for Human Rights) - COOPI led a mass awareness campaign in Bria, one of the most affected town by the crisis in the Central African Republic, involving more than 2,700 people.

The campaign, named "Zero Tolerance of Gender-Based Violence in Urban and Rural Areas", was launched as part of the "Integrated Emergency Response / CCCM for IDPs affected by conflict in the areas of Zemio, Bria and Alindao" project, funded by the Humanitarian Fund.

The campaign was introduced on Friday 24th November by a community awareness session at the Catholic Church of Bria carried out by COOPI, in synergy with the NGO International Medical Corps (IMC). 60 people were interested on the theme: "Ending violence against women and girls in the community". These included representatives of the Christian and Islamic communities, the women in charge of the Central African Women's Organisation and the leaders of the Bornou community, the city centre and PK3, i.e. 25 women and 35 men.

On Monday morning, 26th November, there was the official launch of the mass awareness campaign to combat violence against women and girls, through a peaceful march. In this regard, COOPI, IMC and the other project partners met on the Gbadou bridge, PK3 axis, and walked to the Prefecture of Haute-Kotto accompanied by 1,468 participants. 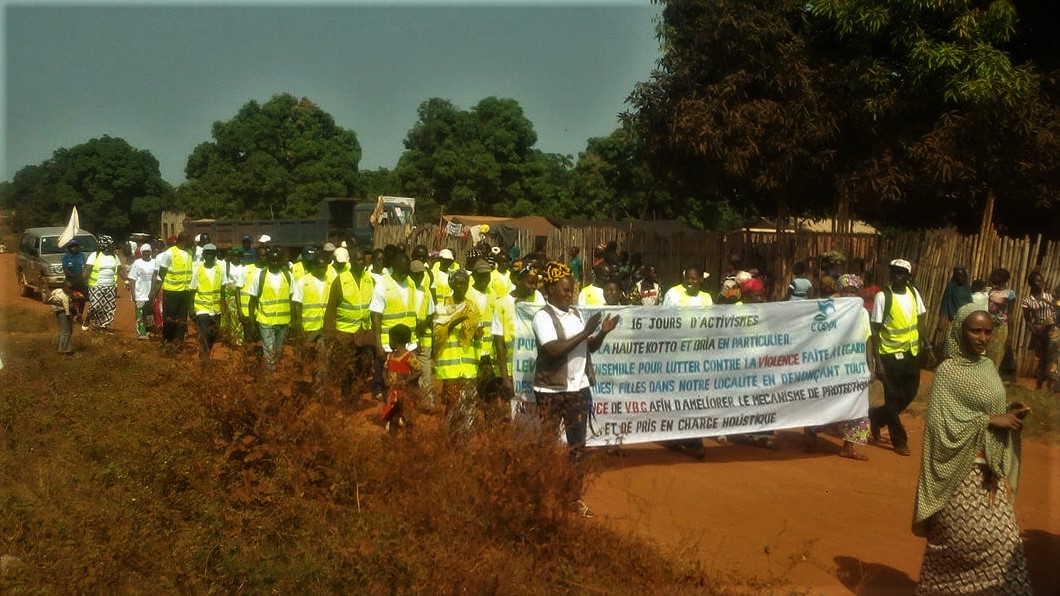 This march served as a word-of-mouth to bring people to the campaign that took place in the afternoon of the same day. The Steering Committee of the displaced persons' site greatly appreciated the initiative and made a personal commitment to facilitate the participation of displaced persons.

In the afternoon, the activity took a more festive turn. Community leaders, block leaders, Community Protection Networks (RECOPs) and Community Protection Committees also officially launched the activities. A traditional dance session was held to bring together all participants. Subsequently, a discussion was held on the theme "Zero tolerance of gender-based violence in urban and rural areas" and the different forms of gender-based violence were explained, to raise awareness in the easiest possible way among all participants. To this end, a short play on physical aggression and denial of resources was presented.

To have fun without moving away from the theme of gender, there was a football match with two female teams that ended with a draw. The traditional dances reappeared to keep the participants entertained.

"This event - says Christian Rija, COOPI project leader - was a success for us: 2,741 people participated and were informed about the importance of ending violence against women and girls in the community.