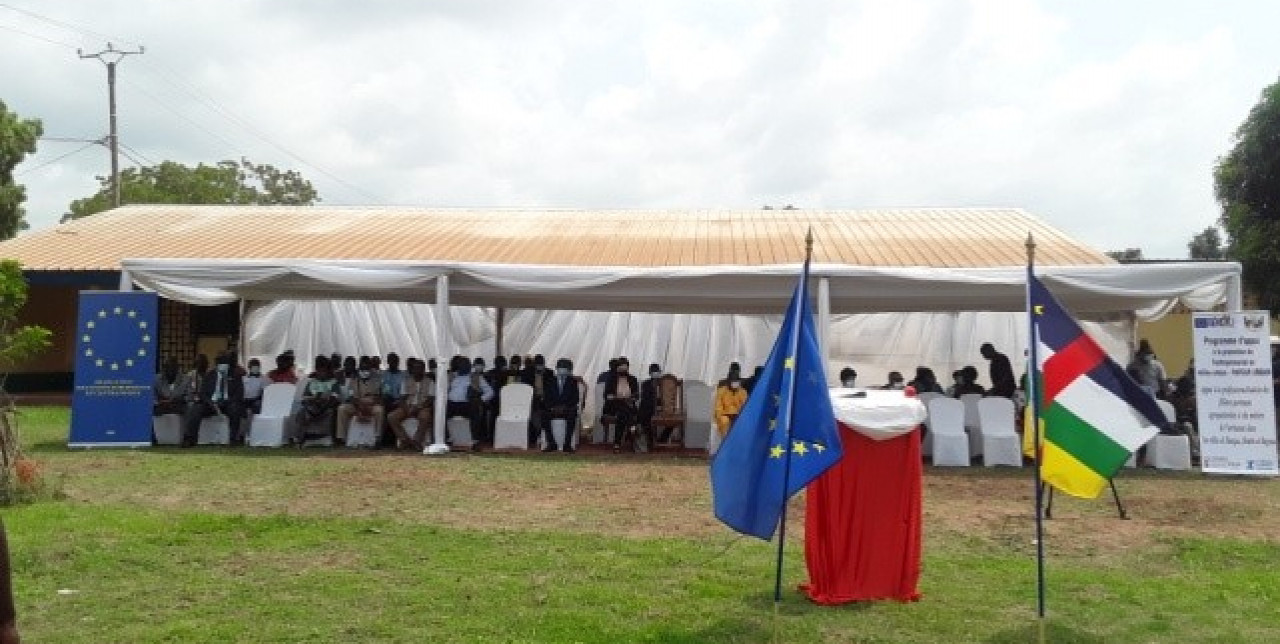 On 1 July 2021, the DRC-COOPI consortium, with the collaboration of all the economic and social partners active in the project, organised the official launching ceremony of the "Project to support the professionalisation of the promising agropastoral and craft trades in Bangui and its surrounding localities”, which is the urban component of the PAPEUR programme ("Support programme for the promotion of entrepreneurship in urban and rural areas"). 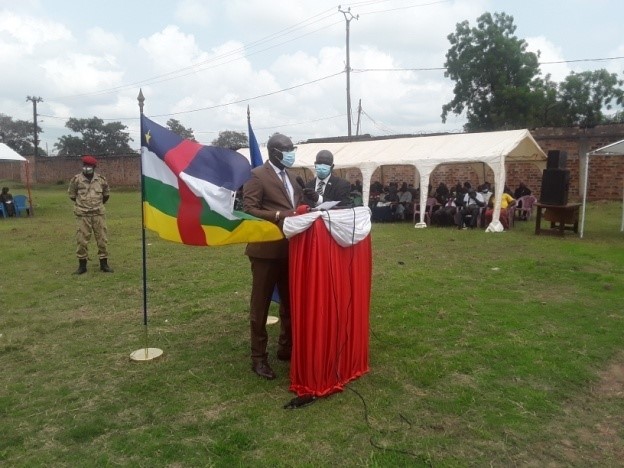 Through this launching ceremony, chaired by Mr. Felix MOLOUA, Minister of State, Minister of Economy, Planning and International Cooperation, we aimed at informing the stakeholders and the general public that the official implementation of the PAPEUR rural project, heir of the assets of the previous PARFEC and Economic Recovery projects, is effective since January 22, 2021, date of signature of the subsidy contract between the Bêkou fund of the European Union and the international NGO DRC, lead of the PARFEC Urban consortium (DRC-COOPI).

The project, which is part of the third pillar of the National Recovery and Peacebuilding Plan (NRPP) "Promoting economic recovery and the revival of productive sectors", is financed to the tune of 2.9 million euros and is due to end on 21 July 2023, i.e. an implementation period of 30 months. 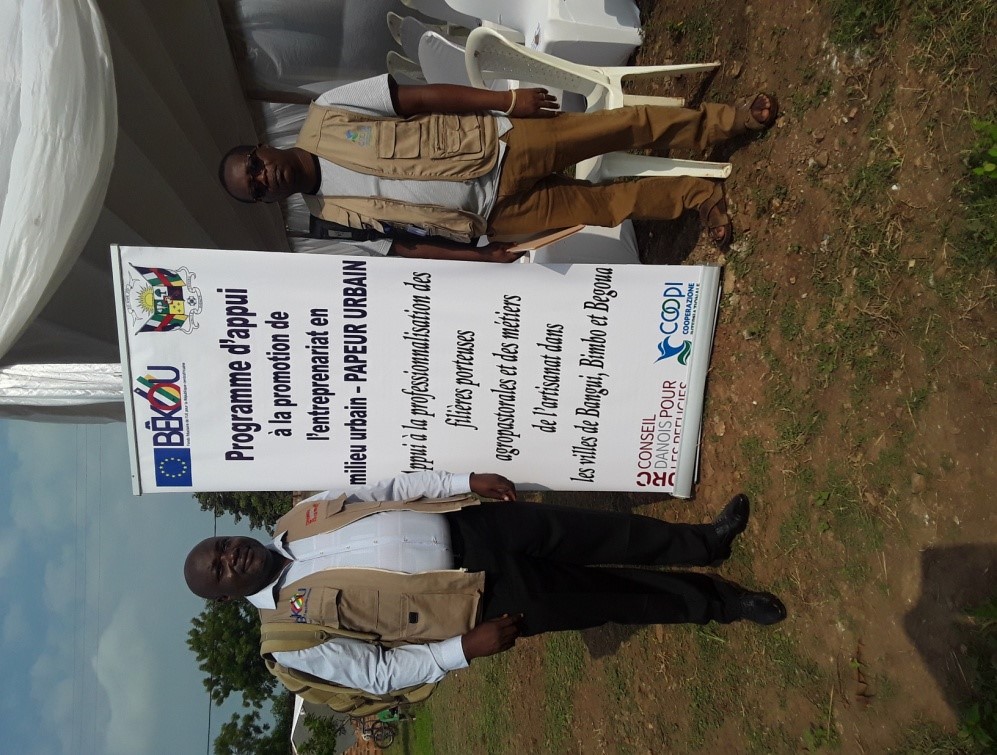 The audience was informed about the content of the programme by the Consortium coordinator during his speech: the objectives, the target (beneficiaries), the activities, the implementing partners, the area of coverage of the action, the expected results and the interest of the action.

The public was invited by the Minister of State, Economy and International Cooperation to relay in the community the essential message of this ceremony, namely that the "Urban PAPEUR seeks to support primarily the economic recovery and the revival of productive sectors in urban areas (Pillar 3 of the NRPP). Specifically, it consists in improving and consolidating the productivity and competitiveness of the value chains of agropastoral and artisanal sectors by promoting youth employment in urban and peri-urban areas within a strengthened institutional framework". He then invited and urged the beneficiaries and all the socio-economic partners to invest fully and to take ownership of the initiatives in order to facilitate the implementation and guarantee the sustainability of the assets that will be achieved. This will ensure that the expected impacts of the project on the improvement of food and nutritional security of households in Bangui, Bimbo and Bégoua, direct targets of the project, are achieved. 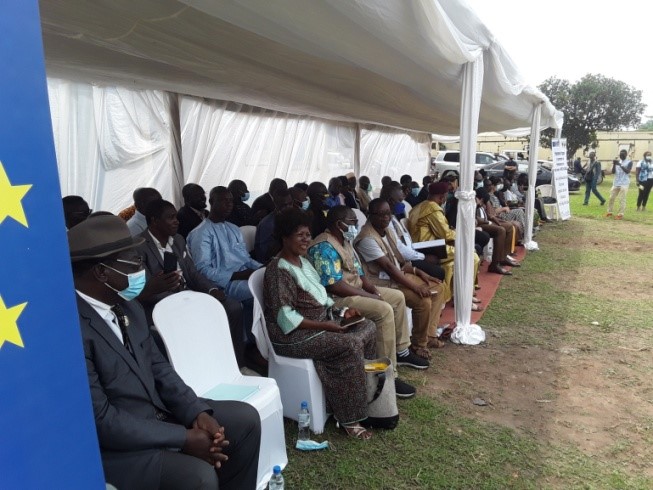 The representative of the European Union delegation in Bangui, Ms Samuela ISOPI, invited and urged the NGOs of the DRC-COOPI consortium, the state and para-state services as well as all the socio-economic partners to collaborate and coordinate the activities in the best way possible for better synergy and complementarity; this should allow the problem of household food and nutritional security to be tackled with a holistic approach in order to optimise the impact of the actions.

Following the speeches, the symbolic handover to the representatives of the pastoral umbrella organisations of the keys to the infrastructure built by the previous PARFEC consortium (“Support project for the revival of the urban and peri-urban livestock sector in the Central African Republic”, carried out between June 2017 and April 2020), which was led by COOPI and also financed by the Bêkou fund. Indeed, the PAPEUR project inherits these infrastructures as assets to be consolidated. 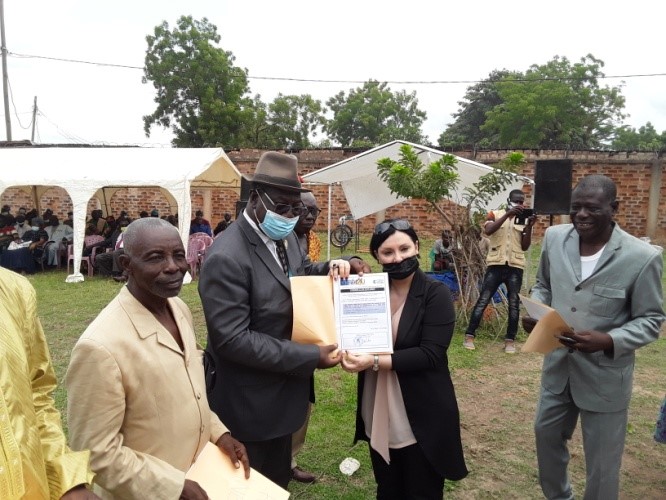 The participants were then taken on a guided tour of the infrastructures built on the FNEC site. Three agropastoral infrastructures were successively visited: (i°) the cattle feed factory (including a machine room, three storage warehouses and a 67 cubic meter silo) which is operational, (ii°) the cold room which is also operational (iii°) and the chick hatchery, which is being finished.

About 200 people took part in this launching ceremony including the European Union Delegation and seven Ministries involved: (i) Ministry of State in charge of the Economy, Planning and International Cooperation; (ii) Ministry of Water, Forests, Hunting and Fishing; (iii) Ministry of Trade and Industry; (iv) Ministry of Agriculture and Rural Development; (v) Ministry of Livestock and Animal Health; (vi) Ministry of Small and Medium Enterprises, Handicrafts and the Informal Sector; (vii) Ministry of Labour, Employment and Social Protection (Direction of the ACFPE : Central African Agency for Vocational Training and Employment).

(Thanks to Lassina Konate, COOPI's project leader of Urban PAPEUR project, for the editorial collaboration) 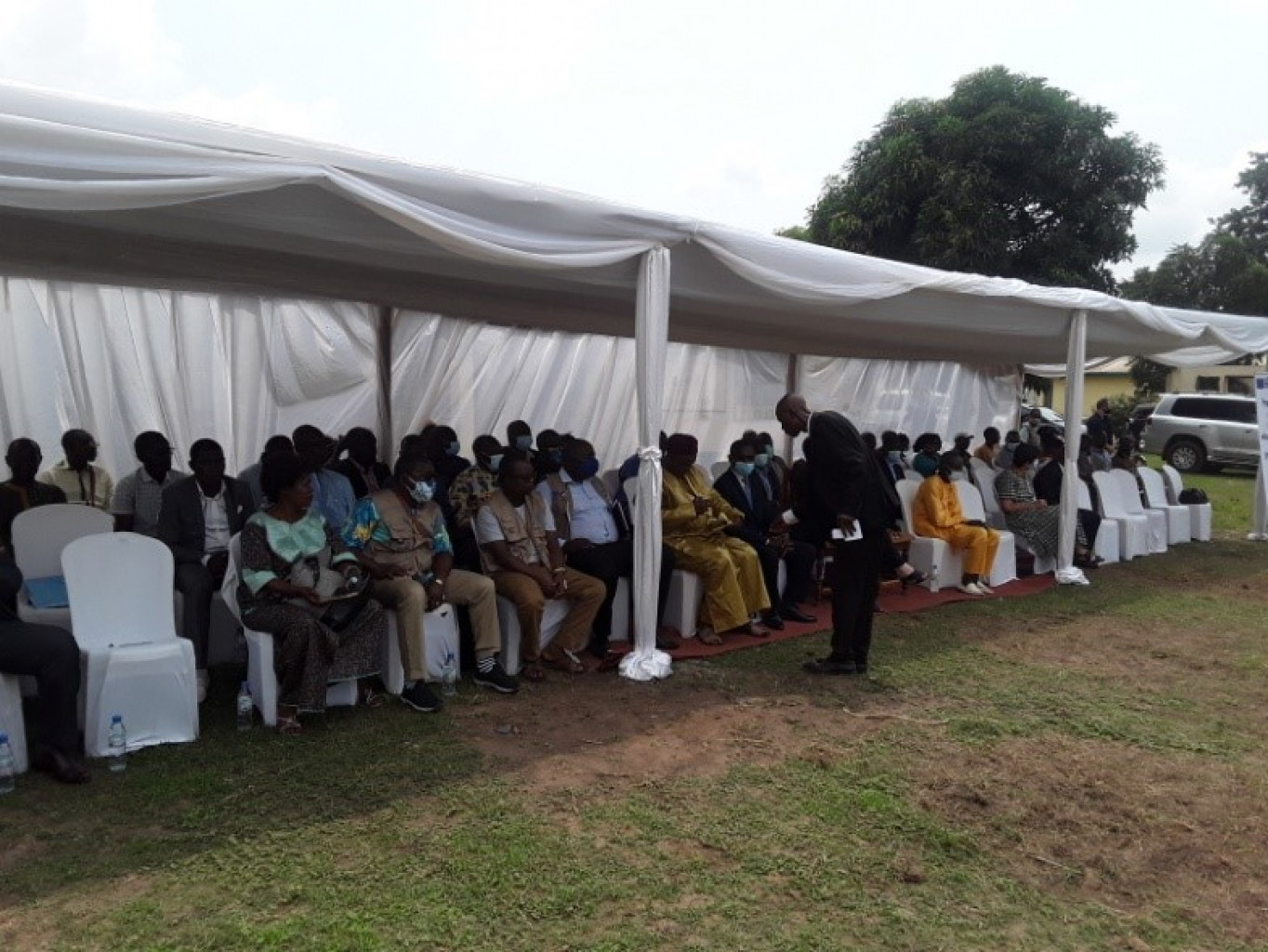