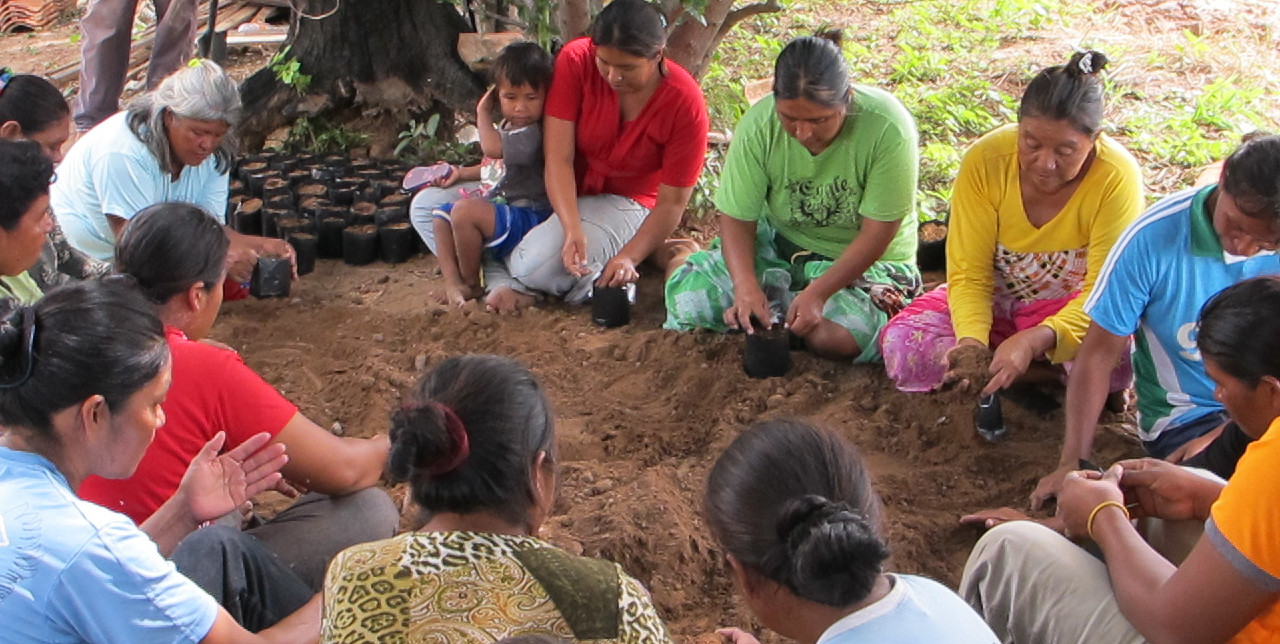 The Gran Chaco is the second largest forest in South America, after the Amazon rainforest. Despite this, extensive livestock farming and agricultural exploitation are destroying it and, by 2030, the Gran Chaco is expected to lose millions of hectares of vegetation.

Chaco's biodiversity, with over 3,400 species of plants, is not the only one to be threatened. Indigenous communities and their ancestral traditions are also at risk, due to the close bond between their lives and the environment they inhabit.

Since 2001, COOPI has been intervening in the Gran Chaco to support indigenous peoples. Manuel Simoncelli, COOPI Regional Coordinator for Latin America and the Caribbean explains: “At first, we aimed to improve access to drinking water and promote food security among the most vulnerable communities to climate change consequences, since they were the most affected by drought or periodic flooding. We then went on to promote indigenous culture, by mainly focusing on pharmacy traditions and techniques, in order to find new employment opportunities for young people.”

Until now, our commitment has always been supported by the European Union (first by the European Civil Protection and Humanitarian Aid Operations and then by the International Cooperation and Development) and still it does today with a transnational project involving two of the three countries sharing the Gran Chaco forest - Paraguay and Bolivia (Argentina is the third country, ed). Our new project is entitled "For Our Great Sustainable Chaco: Active participation in territorial management models for environmental conservation integrated with sustainable production". Its main goals? Sustainable development,active participation of the population and environmental conservation.

The project involves about 43,000 people, including about 21,000 women living in the communities of the municipalities of Salta, Santa Fe and Santiago del Estero (Argentina), Villamontes, Yacuiba, Entre Ríos and Caraparí (Bolivia) and the department of Alto Paraguay (Paraguay).

Sustainable production will be promoted among the indigenous communities, who are also asked to tackle climate change. Most of the activities are run by women, who have become more aware of their know-how and their ability to defend the environment and enforce their rights. The project therefore aims to carry out global land management plans, while involving the indigenous communities and promote land conservation and sustainable production.