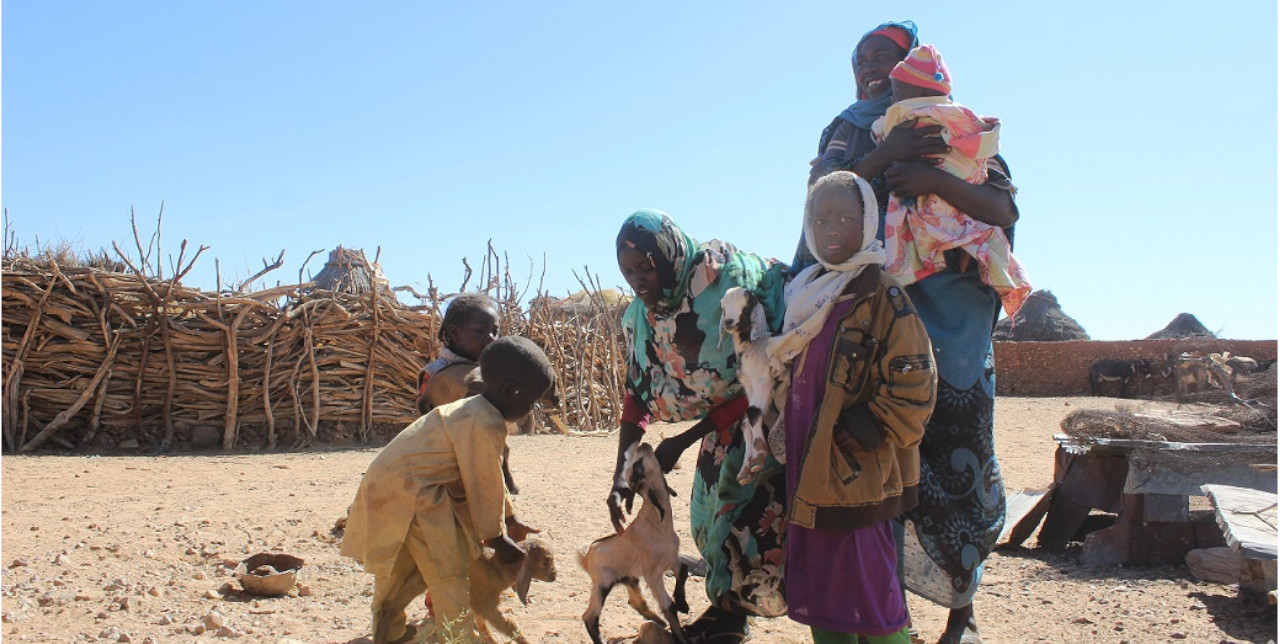 Amgoumash, Kaltouma Abdalla, Sadja and Najza are some of the women beneficiaries of the European Union funded project “Mitigate the effect of El Niño for host and Internal Displaced  Population” implemented by COOPI in the region of North Darfur, Sudan. In 2018 they were selected and included in one of the activities of the project: goat restocking for female head House Holds (HHs) which made them stronger and more independent.

The distribution of goats to women heads of family aims to contrast the constant suffering of local communities and to cover basic needs. The restocking for income generation is based on the idea that this will enable beneficiaries to access local market, considering that goats are easy to rear, rich in both milk and meat production and can multiply easily. As a result, targeted households can benefit in a short period with a very quick impact, especially in a desert area like Umbaru. 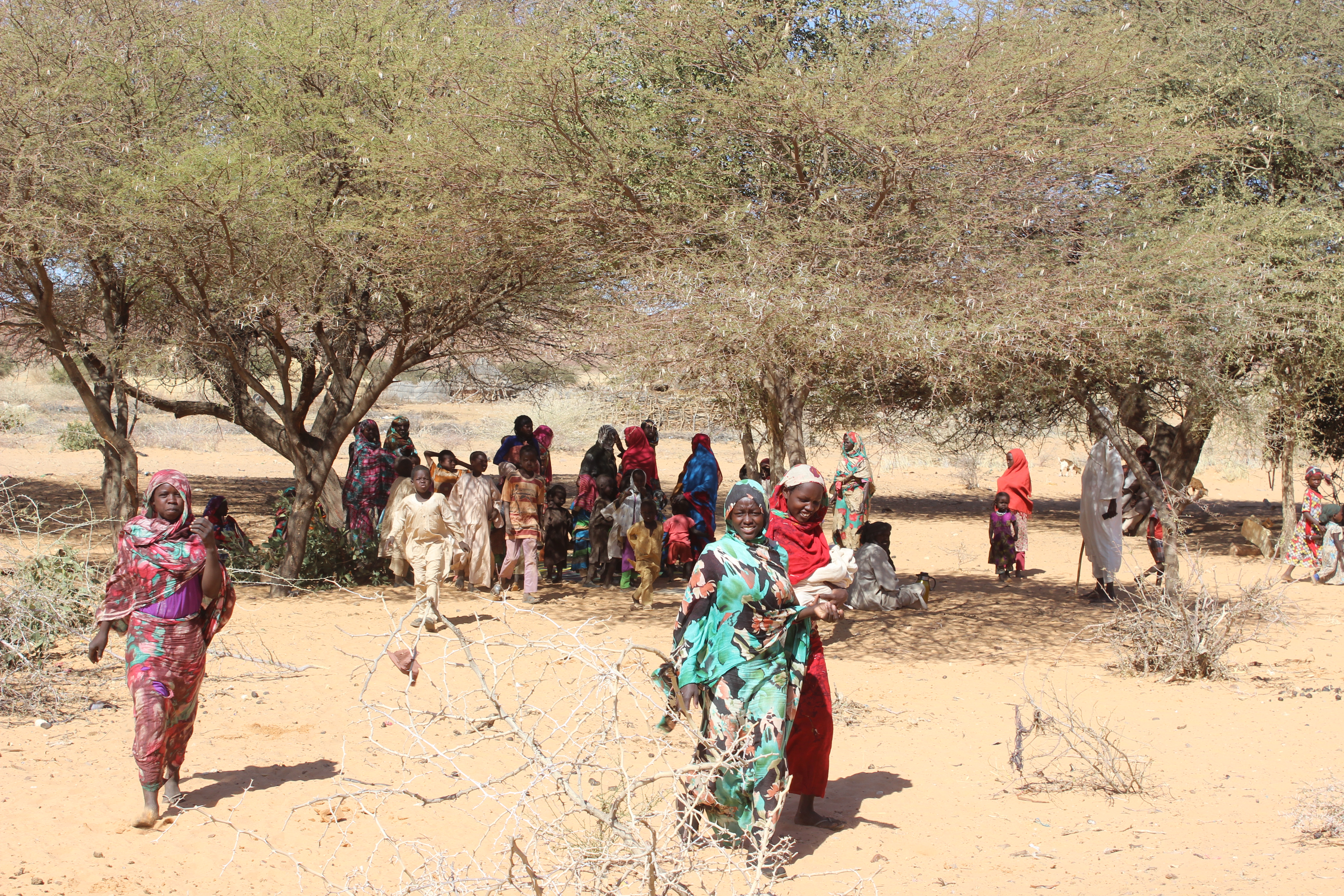 Women, beneficiaries of the project

Two years after the distribution, Amgoumash says: “I was very happy to have been chosen by the local committee for this activity. I have been selected because I was alone with 7 children, some of them were malnourished and I did not know how to face the problem. I was interested in rearing goats and I had no incoming generating activities”. Amgoumash received 5 goats and all the necessary instructions on how to take care of them in case of diseases. She explains that before COOPI intervention, it was hard to get milk for her family: “I used to walk with my donkey to Umbaru, which is 3 hours far away from the village, hoping to find milk and to have enough money to pay it. Often, I couldn’t buy enough milk due to the high price. Thanks to the goats I received, daily challenges became easier to overcome. Today I have 17 goats.”

Kaltouma Adballa lives in the same community. She received goats as well. Thanks to this, today none of her children is malnourished. She feels better and secure since she knows that she can sell the goats in case of emergency: “It happened to me once, I was in need for not food items for my family so I went to the market and I sold 2 of my goats. I earned 4,000 SDG (local currency) and I solved my difficulties.” 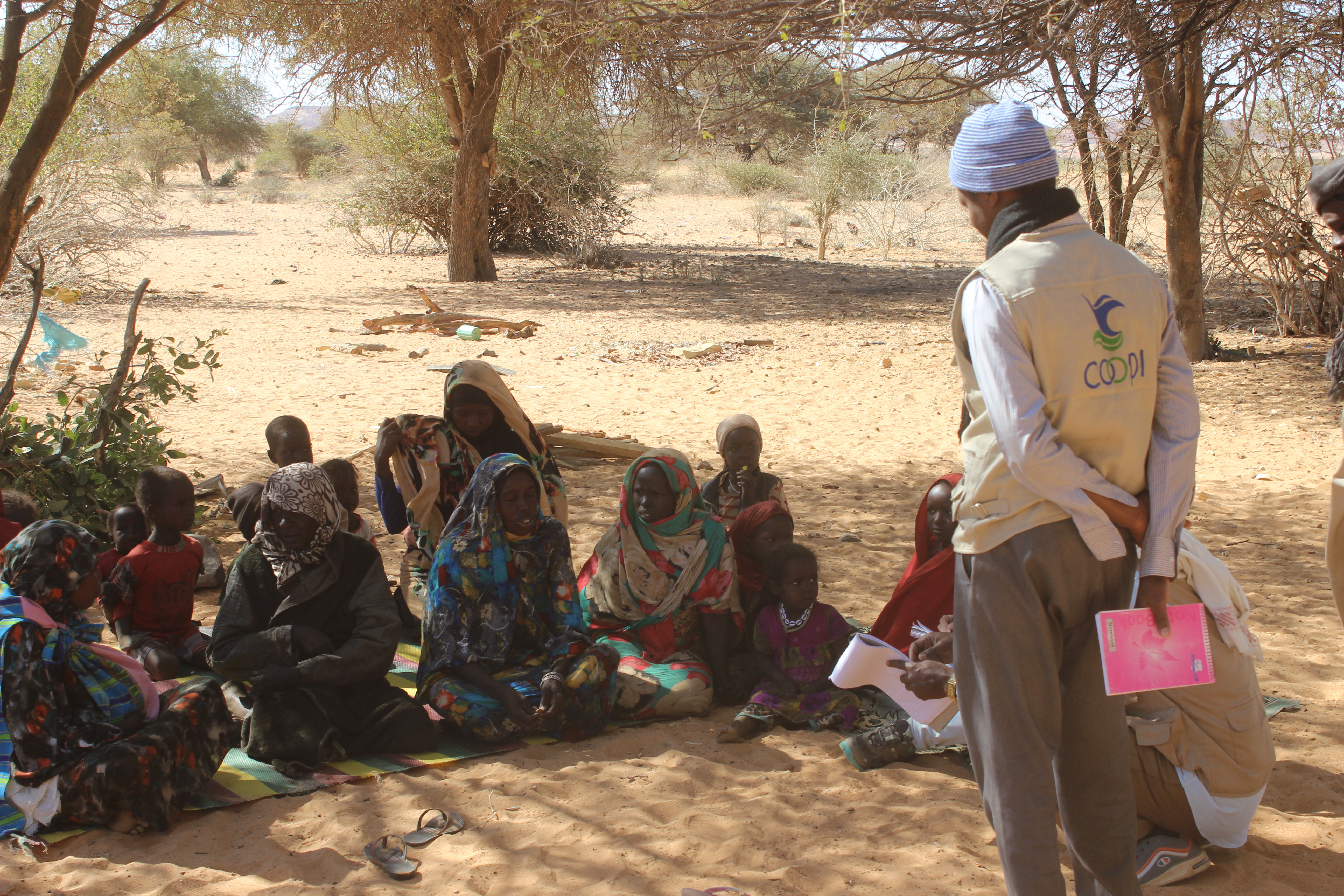 The distribution of goats is strictly connected to another activity that COOPI is implementing: livestock health service through Veterinary Clinic construction completely equipped (VetPost). Saija Garid, one of the beneficiaries, explains that if one of her animals start suffering from a disease, she can go to the VetPost in Umbaru to find the right treatment or to let a local expert check it.

Finally, thanks to the new offspring, the numbers of goats increased a lot and all the communities are benefitting. Najza explicates that the problems related to the lack of milk are almost disappeared since each producer is sharing some milk with the poorest families of the village. Children and elders are now in better health conditions.

The climate change and the effects from El Niño have continuously plagued the North Darfur communities since years. All this is exacerbating the plight of a country devastated by more than twenty years of civil war. Throughout these last three years, the European Union funded project is fully recognizing that sustained community improvement must be integrated into a long-term resiliency and development strategy. Thus, the project aims at assisting the communities to increase their resilience to reoccurring the effects of El Niño through different activities addressed to empowering proactive community-level.