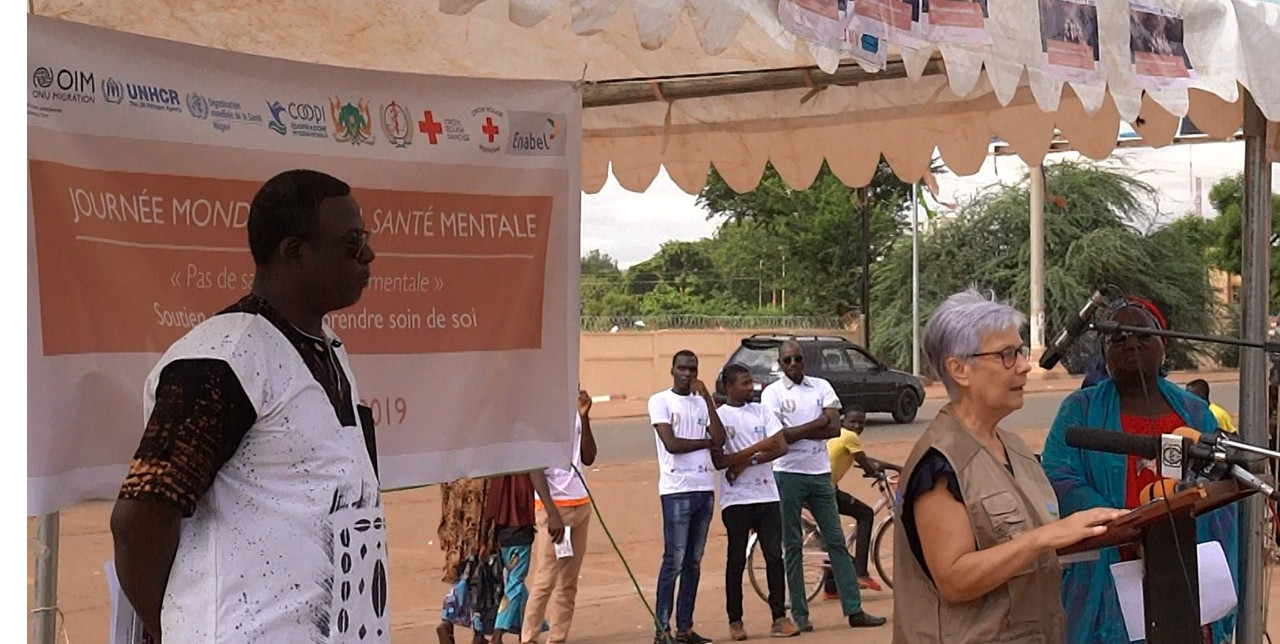 COOPI is co-lead of the mental health cluster in Niger, which brings together several organizations that provide psychosocial support and mental health services, such as the Danish Red Cross and the International Organization for Migration (IOM).

In particular, during our psychosocial counselling we have identified a great number of people suffering from epilepsy, which is now being treated appropriately and is also properly recognized by family members, who have appreciated COOPI support.

Topics like epilepsy and mourning were staged during the World Mental Health Day in Niamey and the public was very interested and highly appreciated the play.

In Niger, multiple terrorist attacks and inter-ethnic conflicts, which have been raging in the country for several years now, has resulted in mass displacement, resulting in trauma for those who were forced to leave their homes and who have suffered serious violations of human rights, or even have been kidnapped by armed groups, especially boys and girls.

The population lives in a state of constant fear, discomfort and anxiety, which makes them extremely vulnerable and can create the basis for mental disorders to appear or to worsen.