Starting from 2020, COOPI - Cooperazione Internazionale has worked in the locality of Kabkabiya, North Darfur State, by implementing an operation called: “Provision of emergency shelter and expansion of the WASH intervention to flood affected people in Kabkabiya and Sortony Localities, North Darfur State” funded by United Nations OCHA through the Sudanese Humanitarian Funds.

Due to the difficult socio-political and environmental situation, the relations between communities are very critical, leading to conflicts over water supply. In this emergency context, a specific project component was dedicated to shelter, aiming at supporting flood-affected households by building emergency shelters through cash and voucher assistance and technical supervision. In this framework, COOPI has taken this opportunity to test a different strategy, new in the Sudanese context, to approach the shelter component. Indeed, COOPI has focused its intervention on support provision  going beyond the mere distribution of emergency Non-Food Items (NFIs) and has offered to beneficiaries a more durable shelters at an affordable cost.

The methodology adopted has been identified as Community Driven Approach, based on the inclusion, participation and direct contribution of the beneficiaries. As part of the project, working groups dedicated to the construction have been formed. These groups have been charged of the construction of their own shelter employing local materials (hand-made mud bricks), while COOPI supported them with training, technical guidance, tools and provided them with the most expensive parts of the shelter (doors, windows and roofing materials). The construction components provided by COOPI have been distributed  through a conditional and restricted voucher mechanism. Vouchers have been given only at condition of having completed a certain percentage of the construction and they were also restricted because they could be exchanged only for specific items from defined local suppliers. COOPI has strategically decided to limit the voucher mechanism to the purchase of locally-produced materials, in order to strengthen the local market and create a positive dynamic of intra-community support.

The overall performance of this pilot intervention has proved positive: it has demonstrated that that it is possible to reach a more positive impact when local communities are fully engaged and hold the ownership of a project. Despite several challenges, such as the rain and harvest seasons, an initial scepticism and the worsening of the security situation in October 2021, five months after the effective start of the project 585 shelters  (98% of the target) have been constructed with a limited budget of 200 USD each one, directly benefiting 4569 people (1000 more than the initial target).

The positive impact of this approach has been also demonstrated by the virtuous effect that occurred among neighbouring communities not directly benefitting of the intervention. Some non-beneficiaries in different neighbourhoods have been inspired and have joined forces together to build their own shelters. To support their effort, COOPI will hand over all the remaining items, which should be sufficient for 15 beneficiaries, to the Housing Committee, which will distribute them in agreement with  community leaders.

Finally, to integrate the present project with a WASH component, COOPI employed the funds provided by the Italian Development Cooperation Agency (AICS) to distribute to the same beneficiaries with the same methodology kits and tools to build emergency family latrines. These tools highly supported the finalising of the construction process. 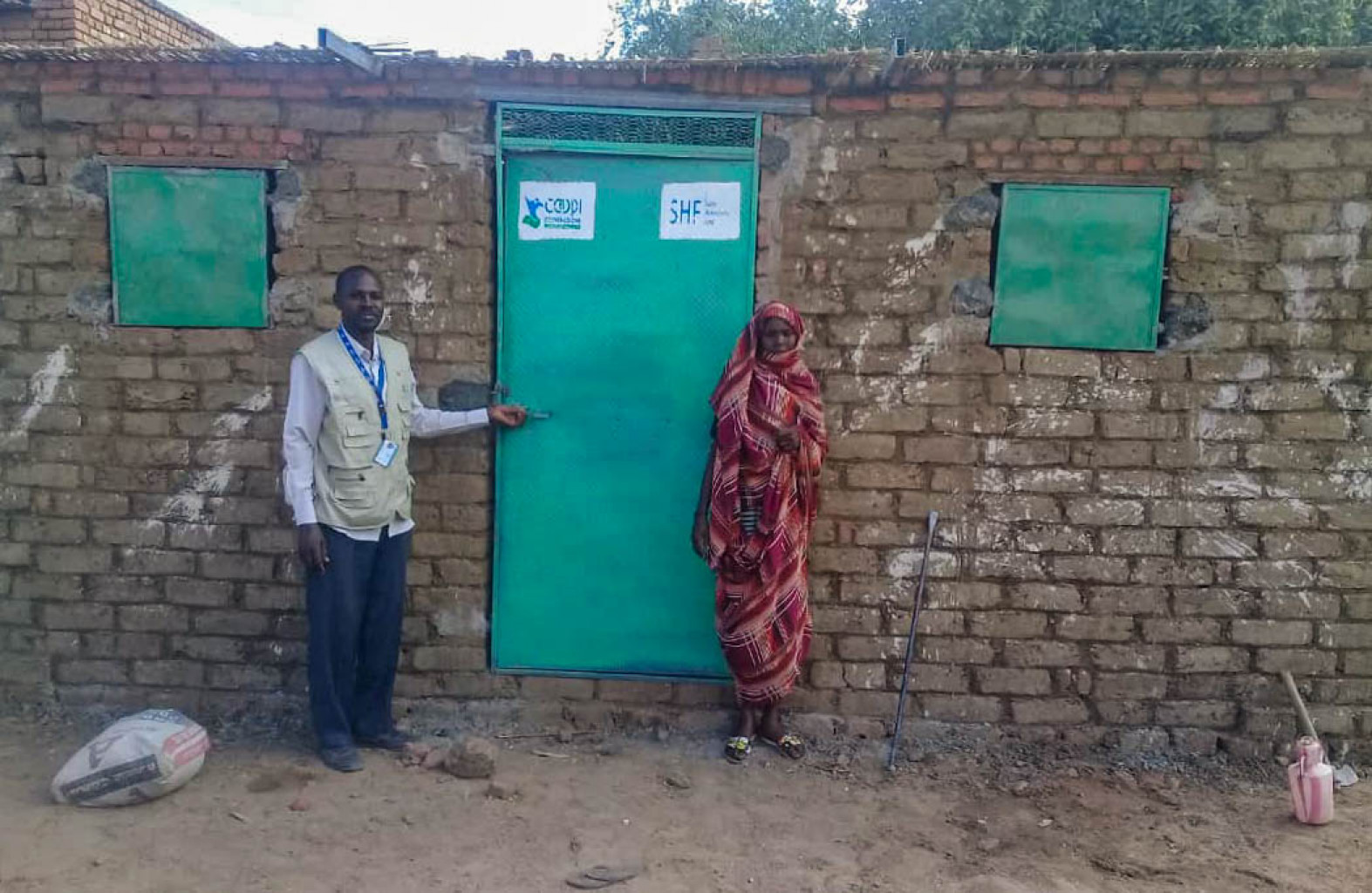