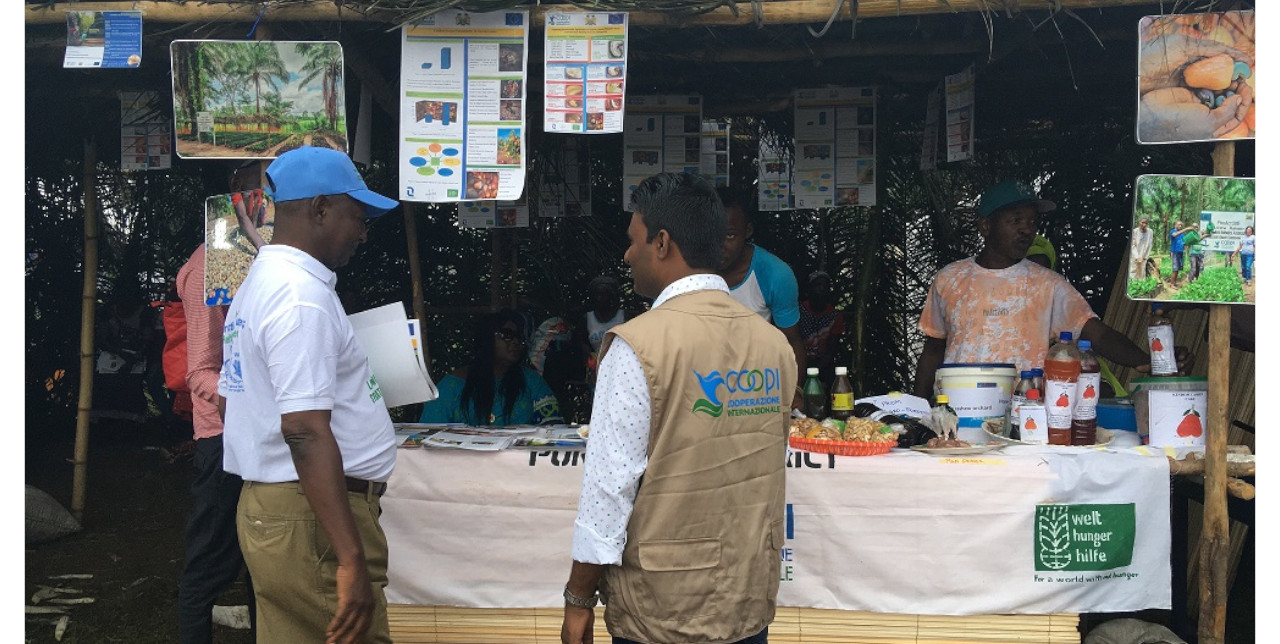 To celebrate World Food Day, on October 16th, COOPI participated in the event organized by the Ministry of Agriculture and Forestry, in the District of Port Loko, in northern Sierra Leone.

Port Loko is one of the areas of intervention of the project entitled "Fostering Smallholder Agriculture in Sierra Leone", funded by the European Union, which aims to promote diversified small-scale agriculture, the production of the cashew chain and the integration of a nutritional campaign called LANN - Linking Agriculture, Nutrition and Natural Resources Management.

"Our actions are our future. Healthy Food for a Zero Hunger World" was the topic for the 2019 event, to which several national authorities took part, including the Deputy Minister of Agriculture, the Minister of Trade and Industry, the Regional and Country Directors of WFP and the Country Director of FAO.

During the event, groups of women engaged in the LANN campaign cooked recipes with products from their gardens to encourage healthy and nutritious diet. 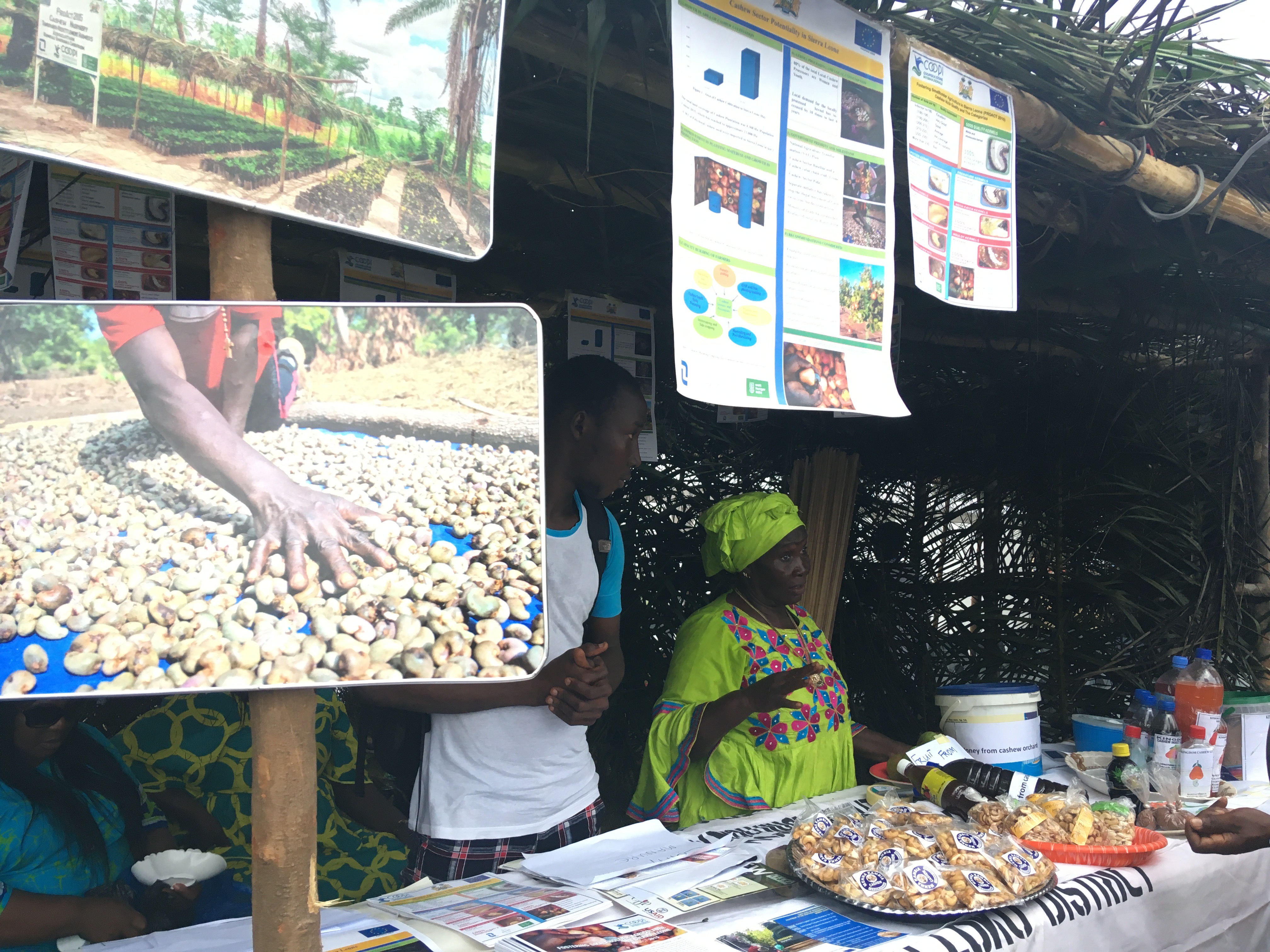 Women engaged in the LANN campaign show their products

Cashew growers, on the other hand, showed their dried fruit already processed and ready to be sold on the local market, alongside several cashew derived products, such as the crunchy cashew nuts, wine and energy supplements produced with various parts of this variety of nuts.

On the occasion of the event, a manual nutcracker was first presented to the public to be later donated to a local association of producers of cashews, to facilitate the cashew processing and improve the development of the cashew supply chain. The nutcracker was made in Sierra Leone by a local company: under COOPI guidance, the tool will be distributed among several local associations of producers to strengthen the CPU (Cashew Processing Unit), i.e. the units for the processing and transformation of cashew in the four districts of intervention of the project. 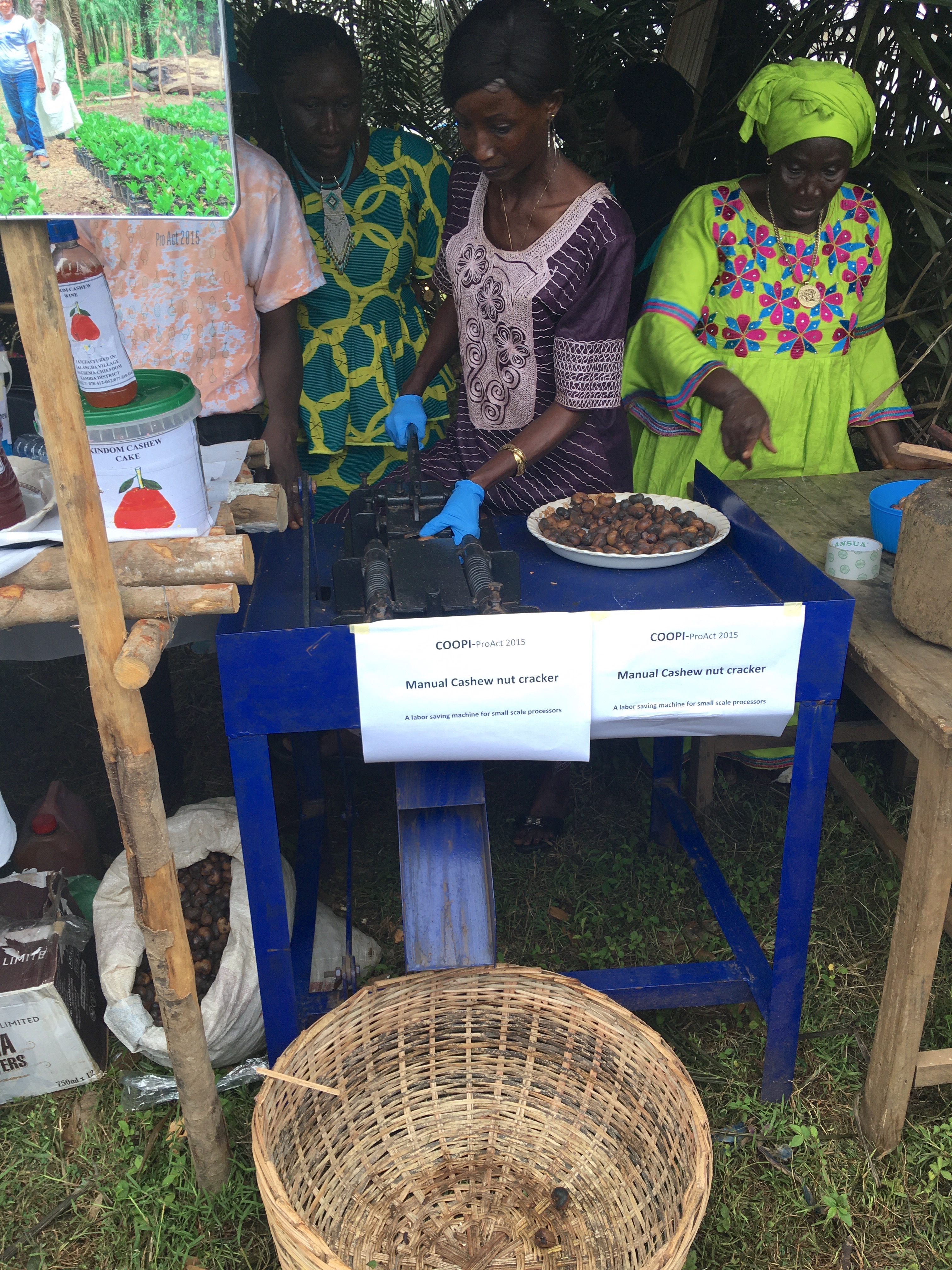 Other activities which are complementary to cashew processing and represent a source of alternative income, such as beekeeping and sustainable management of natural resources were also organised during the event. 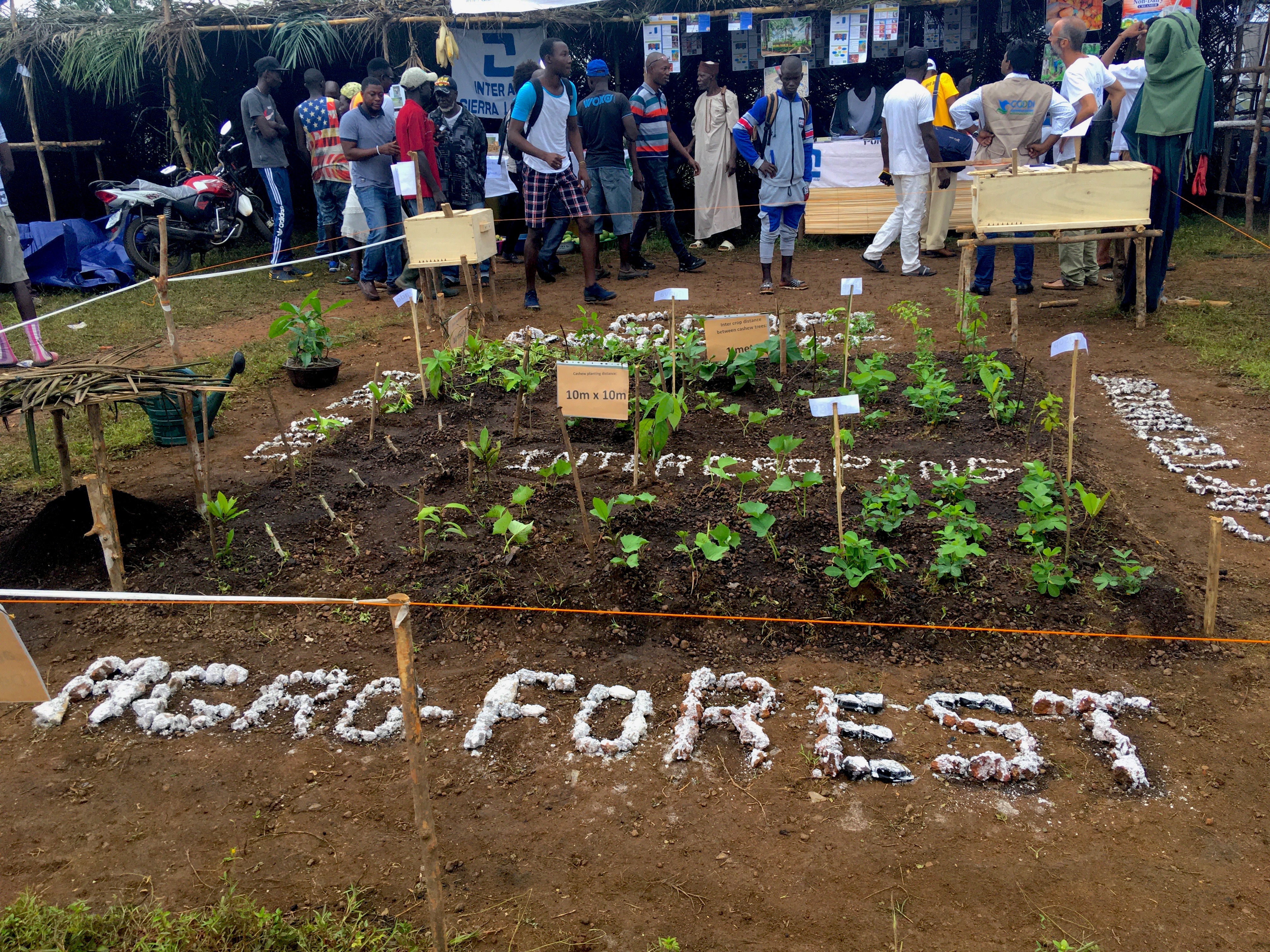 In many provinces of Eastern and of Northern Sierra Leone a lot of the vulnerable populations suffer from nutritional deficiencies because of the excessive consumption of few foods instead of an adequate variety of nutritional elements. Lack of participation to agricultural practices, the low level of instruction of the women, the lack of access to drinkable water and of efficient hygienic-sanitary infrastructures contribute to frequent outburst of epidemics of malaria and diarrohea.

COOPI operates to face these problems with a multisectorial project and adopts a participatory approach to food education, farming models and sustainable management of natural resources.