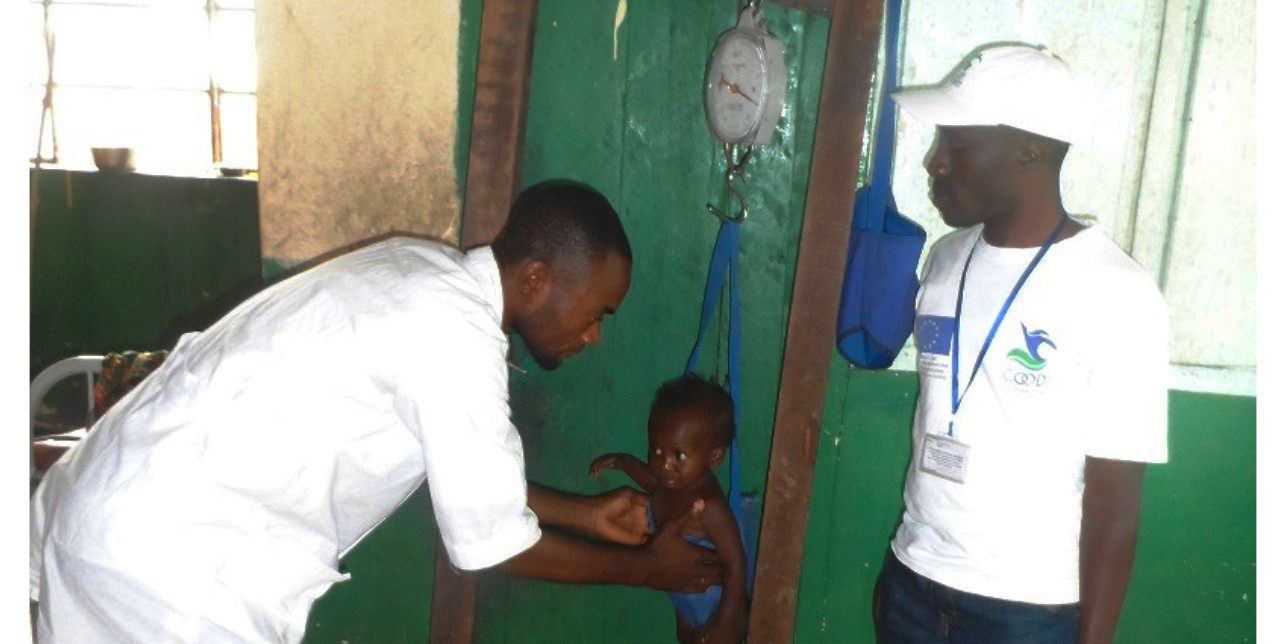 94% of malnourished children healed in North Kivu and Central Kasai

2,500 children aged between 0 and 5 have now been healed in the North Kivu and Central Kasai region of the Democratic Republic of Congo, where acute malnutrition rate dropped by 94%. This outstanding result was reached thanks to the European Commission-funded project (ECHO, Department of Humanitarian Aid and Civil Protection), "Health assistance, nutrition and protection to vulnerable populations affected by conflict and acute malnutrition in North Kivu and Kasai Central provinces", which started in April 2018 and aimed to assist 380,000 people.

Campaigns were also conducted to raise awareness about malnutrition: about 60,000 people were involved, including 1,180 mothers who were trained on how to detect the symptoms of malnutrition. "These training sessions highlighted, once again, how community involvement is the key to change, development and sustainability," explains papa Elie, the nutrition coordinator on the field.

Nutrition is only one of our main strategic measure of intervention. During the project, we have been contributing to rebuild about 26 health centres and 3 hospitals. In addition, we have:

Thanks to ECHO funds, we are continuing to respond positively to the needs of the communities in North Kivu and Central Kasai, thus increasing the services offered in health centres, improving their quality, while being at the forefront of the fight against acute malnutrition. Our presence in DRC dates back to 1977 and our long standing projects allowed us to have full knowledge of the population needs and develop a strategy capable of effectively assisting the needs of those suffering from malnutrition and various forms of violence.