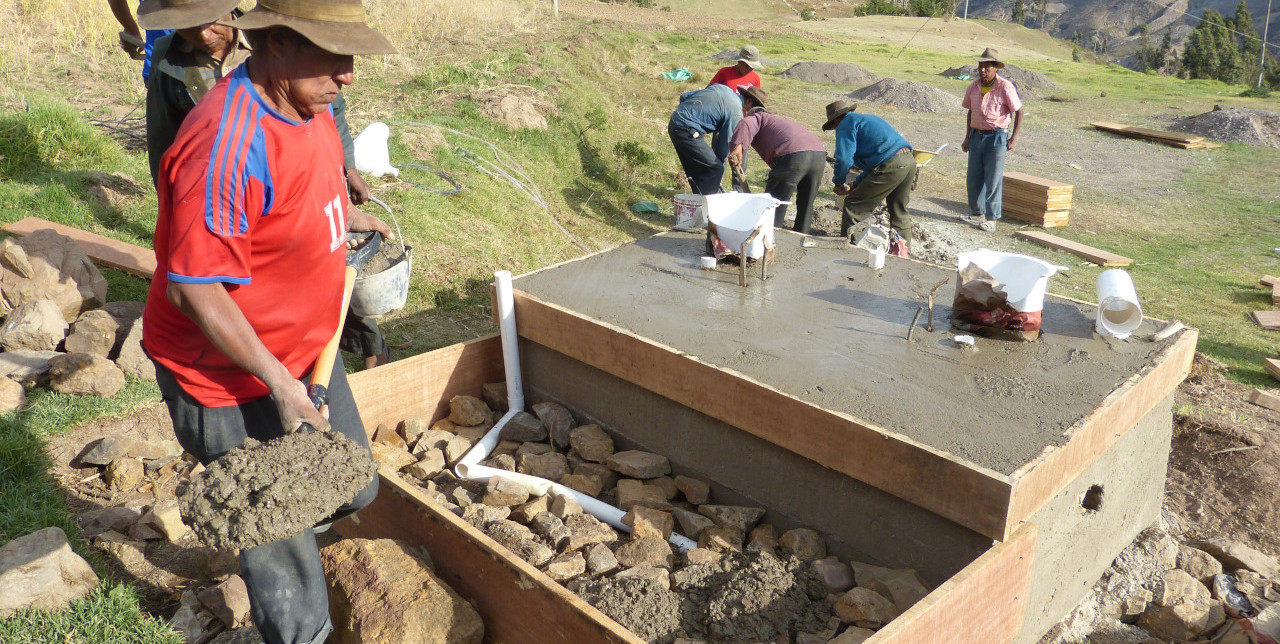 With the support of UNICEF, COOPI - Cooperazione Internazionale is carrying out an intervention to promote the self-building of 300 toilets in the municipality of Independencia, belonging to the department of Cochabamba, where it is estimated that only 22% of the population has a toilet or, in other words, that about 18,000 people do not have access to basic sanitation, of which 2,700 are boys and girls aged 5 and under.

The project "Implementation of an open defecation elimination strategy in the Municipality of Independencia - Department of Cochabamba" aims to contribute to the achievement of total sanitation coverage in this municipality, placing itself in line with the National Strategy for Water and Sanitation in Rural Areas and Small Towns, approved by the Bolivian government in 2018, and with Goal 6 of the "2030 Agenda on Sustainable Development", aimed at ensuring sanitation services for all by the indicated year.

Together with the municipality of Independencia, COOPI is sensitizing 30 communities on sanitation practices (mainly women, boys and girls, working in schools) and providing technical and institutional support to families to build their own sanitation infrastructure. In addition, the capacities of municipal technicians are being strengthened to establish a free community open defecation (FCOD) sanitation and certification unit.

By mobilizing each community with empowerment activities to improve their health, it is planned to promote the self-construction of more than 300 toilets. In particular, in areas where water is continuously available, flush toilets are being built, while in areas where water is scarce, the planned solution is dry toilets, where feces will be used as compost. Always taking water availability as a parameter, where possible, bathrooms are being complemented with showers and sinks, ensuring better hygiene practices.

Open defecation is still a practice used by nearly 16 million people who are unable to access basic sanitation in the Latin American and Caribbean region itself. Bolivia leads the countries of the American subcontinent with the highest rate of Open defecation and, moreover, the gap between rural and urban sanitation coverage is highly significant.

According to UNICEF data, 800,000 people a year die of diarrhea worldwide due to poor hygiene practices. In Bolivia, diarrhea is one of the leading causes of death among children up to the age of five, and working to eliminate this practice could reduce this mortality rate by up to 36%.