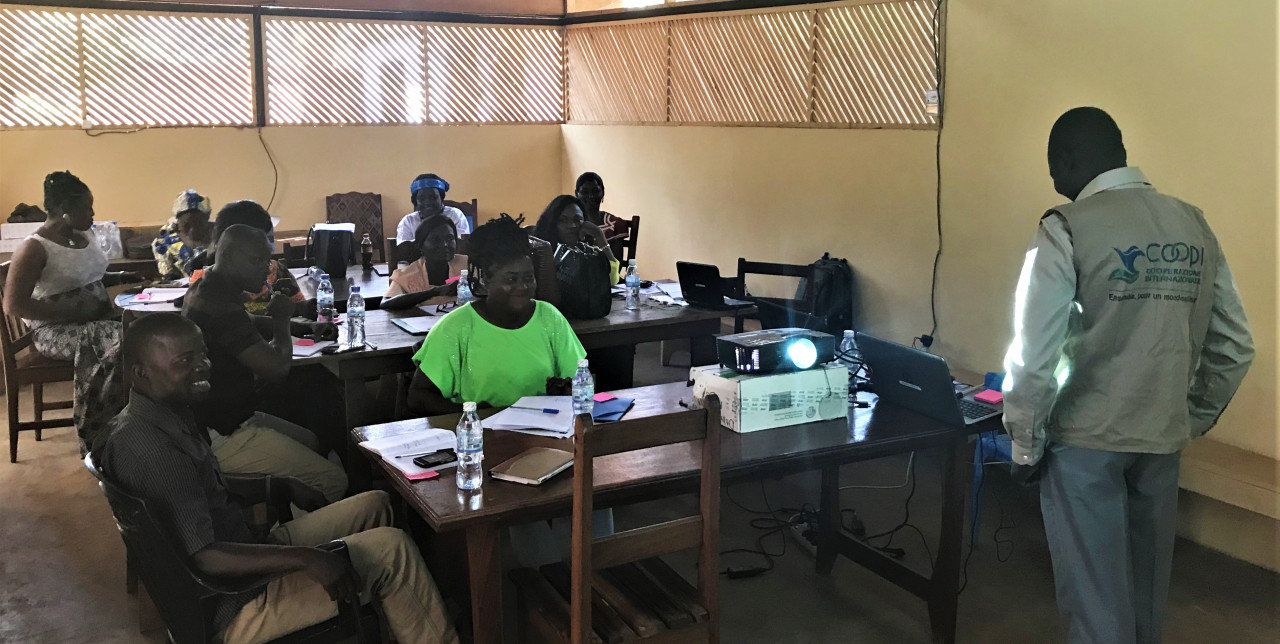 Since the worsening of the humanitarian crisis in Central African Republic in 2013 , COOPI has been working constantly alongside the victims of armed clashes and forced displacement . Being placed among the main objectives of COOPI interventions,women are central figures in several projects, as they represent the most vulnerable victims in the context of a humanitarian crisis . Thanks to the Bekou Fund of the European Union and its partnership with the American NGO IRC, COOP supports almost 100 vulnerable women and girls in the region of Lobaye, in the city of Mbaiki. The project addresses activities such awareness initiatives, the bond with the community and topics related to women’s socio-economic empowerment.

Gender-based violence such as rape, physical aggression and psychological violence are practices strongly rooted in local customs. This violence is exacerbated by the current crisis in the Central African Republic, which has displaced more than 400,000 people, causing trauma and endemic poverty: all factors causing social destabilization, especially for women.

Specifically, the project "Prevention and response to gender-based violence through social empowerment, economic and civic participation of women and girls" funded by the Bekou Fund (Bekou means "hope" in the Sango language) of the European Union, aims to promote the integration and participation of women and girls in the economic and social life of the Central African Republic. In addition to this, project goals include the improvement of women’s and girls’ access to new skills and knowledge, as well as an increased awareness of their rights.

For this reason, the following activities will be created in order to have a long-lasting impact: individual and community awareness-raising activities; technical, organizational and material support for women's associations; vocational training.

In this moment, the project has currently reached its twelfth month of implementation. The beneficiaries of IGA (Income-Generating Activities) have been identified and have already benefited from training and literacy courses. With the aim of strengthening the capacity of national NGOs that will guarantee the continuity of activities, COOPI has selected two national NGOs (National Organization of Rural Women - ONFR and Association of women Central African women - AFJC). Their staff are currently training at COOPI through sessions to strengthen organizational, financial, administrative and technical skills, as well as organizational management, human resources, and tools for monitoring and evaluating projects.

Marcelline, the coordinator of COOPI's activities, strongly believes that «if we can continue to support these women - who are essential for the development of their community - in their activities and expand the project in other districts to allow other beneficiaries to be autonomous, the economy of the country would certainly become more advanced».