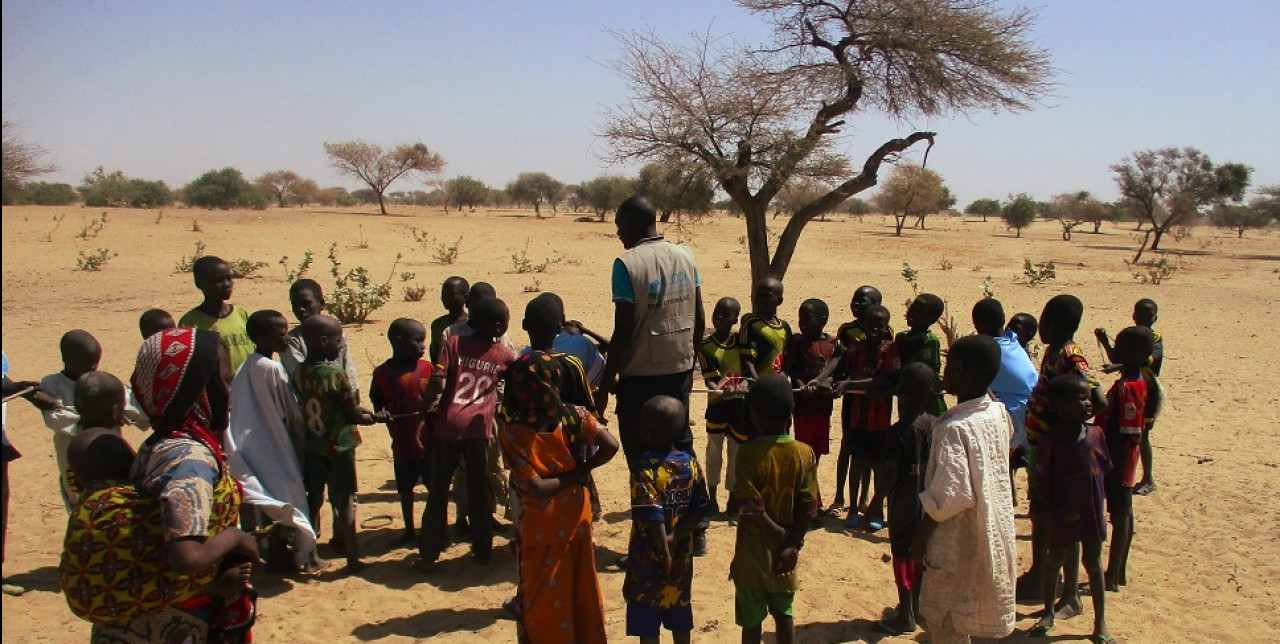 December, 5th 2017- In the Lake Chad Basin, an area in which a massive number of families has been displaced due to the ongoing humanitarian crisis, COOPI is operating in partnership with French ONG Handicap International to train 35 teachers to properly assist children and adolescents in need of psychosocial support. The program is being developed within a project financed by the EU Humanitarian Aid (ECHO); it will be 12 months long and it started on June, 1st, with the aim to «guarantee fair access to high-quality education in safe environments».

COOPI regards education as a fundamental step in personal development not just for the possibilities it provides career-wise, but above all because it stimulates the adoption of critical thinking, an excellent form of self-defense from psychological manipulations/abuse. This becomes crucial in the context of the Basin, where Boko Haram forces the recruitment of many petit-soldats (child soldiers) who are incapable of opposition by exploiting ideological and religious indoctrination alongside violence. The ongoing program aims to instill such intellectual resistance not only in the young beneficiaries, but in their parents as well. Francis Allarassem, Head of Project, explains:

The peculiarity of this project is that COOPI collaborates with community members not just in ensuring that children are safe, but also in providing parents with a way to do this by themselves once the project is over.

COOPI opened 9 temporary centers in the facilities hosting displaced people, where 720 students between 6 and 14 years of age are receiving their education. Handicap International worked with local teachers to develop a methodology that can work with the entire group of students by adopting alternative ways of teaching, amongst which the so-called «non formal education»:  an inclusive approach that allows the improvement of children with difficulties alike. Allarassem specifies:

In non-formal education, students study for 4 years with accelerated methods that integrate pratical tasks at the end of the second year, aimed to lead some of them to apprenticeship experiences and to reintegrate formal instruction at a higher level for others.

The projects also provides traditional schooling with programs held in ten schools of local villages, reaching a total of 2045 students. Five classrooms were built throughout the first year, with support being given to students through scholastic kits and textbooks to teachers. Parent and teacher clubs were also formed to provide periodical reports about the advancement of the educational programs.