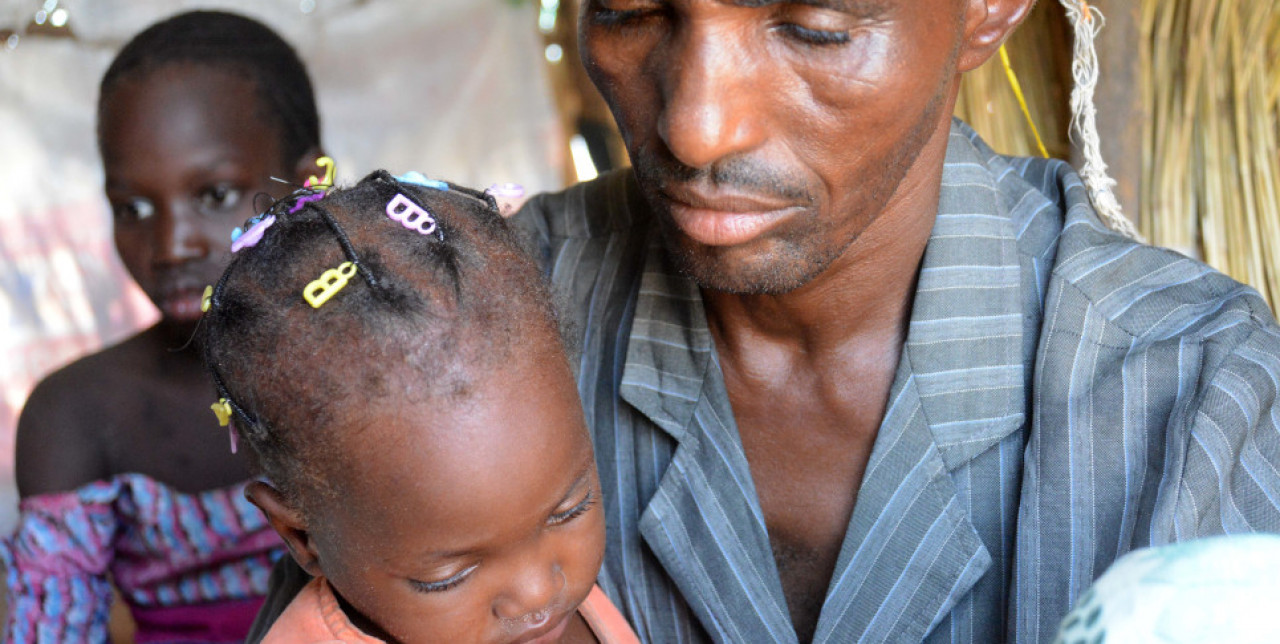 Dimé is a 32-year-old Chadian man, married and father of four sons and two daughters. Until a few years ago, his economic situation was prosperous, as he owned a large herd of oxen in the department of Mamdi, which represented an enormous source of wealth for him and his entourage. However, one night, after a raid by Boko Haram soldiers on the village, all the houses were burnt down and the grazing animals requisitioned. Because of the desperate conditions in which he found himself, Dimé chose to join the ranks of the Boko Haram armed group, believing he would find a reason to live, but he was forced to witness violence and killings against his neighbours in the village, his own brother, and his own cattle.

Dimé decided to flee and walked hundreds of kilometres to return to his village, where he was able to reunite with his family and his nephews, his brother's children, with whom he now lives.

The traumas he suffered during months in the ranks of Boko Haram had plunged him into severe depression, accompanied by recurrent episodes of nightmares, flashbacks and panic attacks. These symptoms tended to affect the mental state of his family members, who like him were in a precarious economic situation.

When he heard about COOPI psychological support, Dimé decided to meet the project psychologist, with whom he began a process of treatment and listening.

After months of therapy sessions, Dimé now takes control of his life. During a chat with him, he confessed: "I will never forget the relief and support that these sessions have given me. I thank COOPI team for helping me regain the strength to move forward."

Starting from March 2020, in the department of Mamdi, one of the most remote areas of Chad, COOPI - Cooperazione Internazionale works to contribute to the improvement of the living conditions of the populations, through the project "Peace building: protecting the rights of the most vulnerable groups in the department of Mamdi, Chad", funded by the Italian Agency for Development Cooperation (AICS).

The Lake Chad region is characterised by an unstable context, with recurrent crime and violence, leaving the most vulnerable populations in a state of neglect, as the story of Dimé shows. In particular, in isolated areas such as the department of Mamdi, the forced and recurrent displacement of the population has highlighted the absence of suitable structures to cope with the comprehensive care of psychosocial and medical needs of the community.

In this context, COOPI has implemented several initiatives within the emergency project "Peacebuilding", aimed at providing psychological support to the beneficiaries. The project psychologist, in charge of the activity, provides active listening and emotional support in order to help the survivors to recognise their suffering, express their emotions, identify problems and find solutions. To date, more than 40 people have benefited from this activity and each of them has a past that is difficult even to imagine, including Dimé.

The cover photo is not of Dimé, the beneficiary of the project, but is for representative purposes.