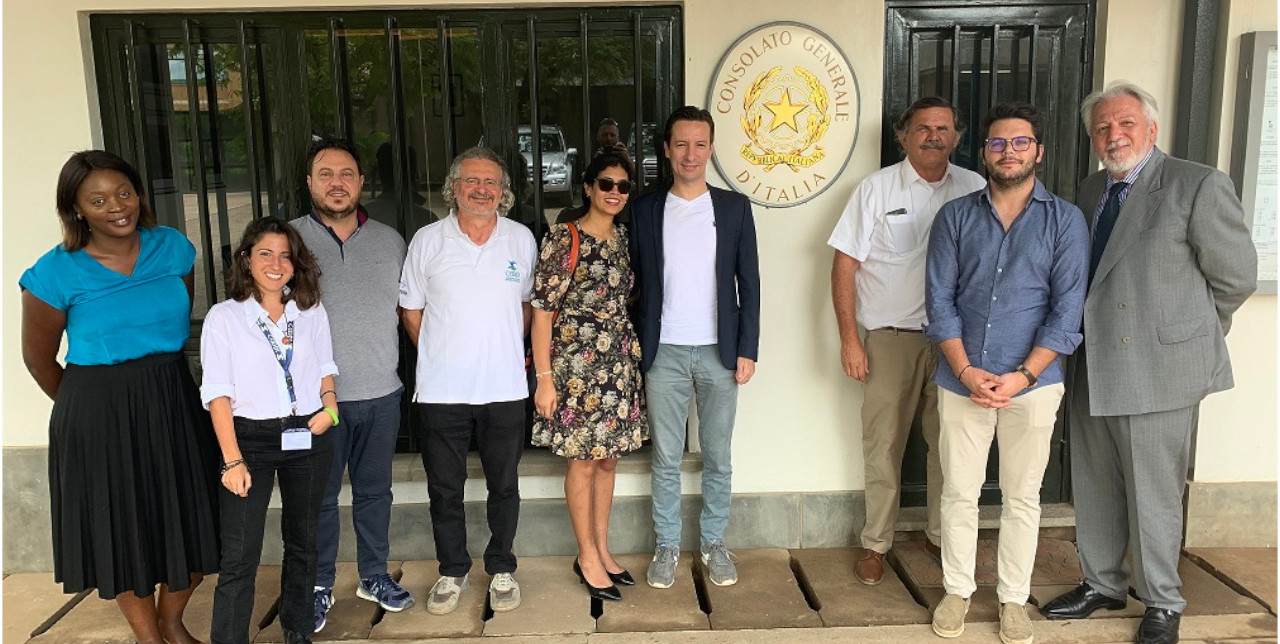 DRC: COOPI meets the Consul and Ambassador of Italy

On Thursday November 28th and on Monday December 2nd 2019, COOPI staff met the Consul General of Italy, Alfredo Russo, the Honorary Consul, Walter Noka and the Ambassador of Italy, Luca Attanasio at the Italian Consulate in Lubumbashi (in the Democratic Republic of Congo), involved in the project entitled "Food security and nutrition for the population living near the Upemba National Park (PNU) in the territories of Mitwaba and Malemba N'Kulu"

On the occasion of both meetings, COOPI staff, led by COOPI Project Leader in Upemba, Vincenzo Altomare, presented the three-year project that is being conducted in the territories of Mitwaba and Malemba N'Kulu since December 2017, funded by the European Union.

Poverty and the socio-economic crisis, aggravated by the recent armed conflicts and the effects of climate change, have prompted rural communities to get livelihoods in the Upemba National Park, by undertaking initiatives that are harmful to the environment (e.g. poaching, exploitation of wood for domestic use, illegal extraction of minerals).

The project aims to safeguard the Upemba National Park (PNU) and at the same time reduce food and nutritional insecurity in 20 villages, reaching 90,646 people, 47,136 of whom are women and 18,129 children, with a multi-sectoral approach that covers multiple areas, such as agriculture, livestock farming, nutritional prevention, community micro-credit, environmental education and socio-economic activities.

In terms of food security, during the 2018/19 agricultural year, six community structures produced 7.7 tonnes of maize, beans and peanuts, the seeds of which were distributed among about 1,938 families. The distribution of seeds was an important first step to strengthen the resilience of these families, also involving them in income-generating activities, such as the management of small shops and poultry, pig and goat breeding.

From a nutrition security standpoint, raising awareness of good feeding practices for infants and young children has helped families understand that malnutrition is a disease and that there are effective and free methods to eradicate it, but that at the same time it requires the commitment of the entire community to succeed.

These activities combined raised the interest of the Consul and the Ambassador of Italy during Upemba project presentation. The representatives actively participated in the discussion, sharing ideas and experiences. The meeting ended with the invitation to the Italian representatives to visit the Mitwaba intervention area shortly and with the mutual encouragement to continue to work together to ensure an effective humanitarian response in the long term.