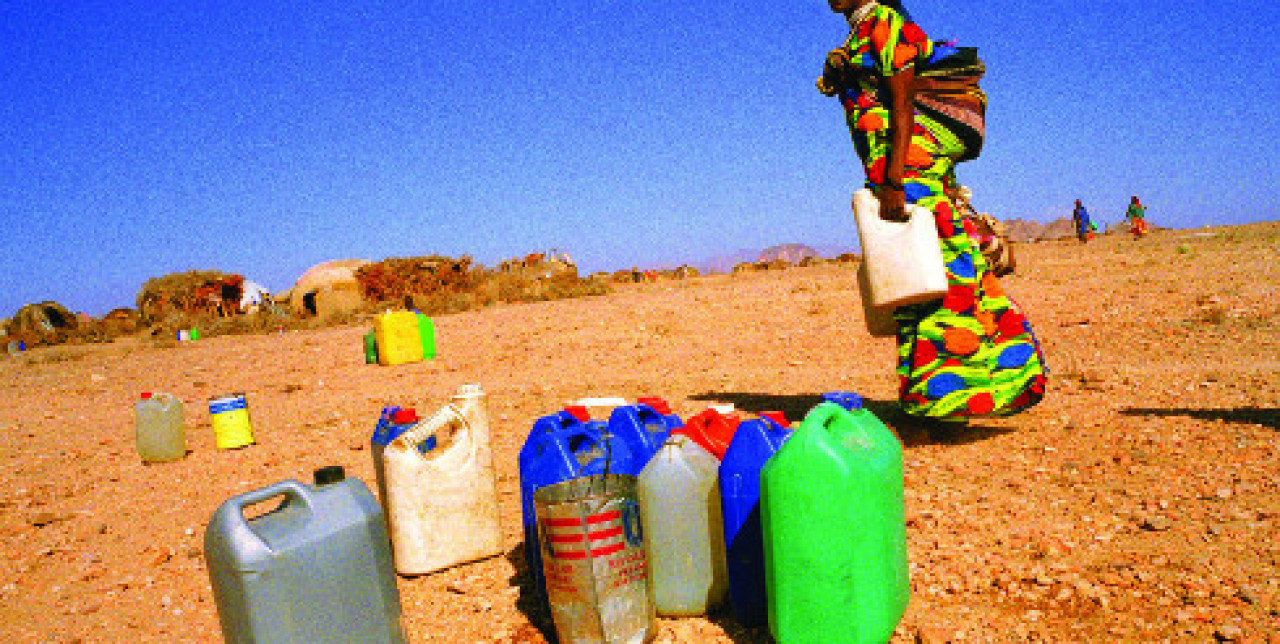 In north-east Ethiopia, the worst drought in 30 years is underway: the lives of 10 million people are at risk. COOPI is already in action and is making an appeal.

The phenomenon of El Niño, linked to the overheating of the waters of the Pacific Ocean, if in some areas of the world causes flooding, in others leads to reduced rainfall and drought.

In Ethiopia, even the last rainy season "the Karma that runs from June to September" began with great delay, was weak and scarce (from 2 to 5 days of rain instead of 20-60), causing a collapse in agricultural production and the death of thousands of heads of cattle.

Today, 50% of the population is experiencing an emergency that affects both water and food.

Most of the families, in fact, belong to pastoral communities, whose survival is linked to the breeding that is both a source of income and a source of food.

But without water there are no pastures and, without pastures, the animals migrate to other regions or die depriving people of milk, food and an income to rely on.

Food supplies are also over, the price of food is skyrocketing and families are forced to sell at least one animal a week to meet urgent needs, triggering a vicious cycle that further worsens their condition.

Among the most serious consequences of this situation is the increase in cases of malnutrition among children and the internal migration of entire communities that, in search of water, leave their villages to flow to those who have a water system, albeit poorly functioning.

To deal with this emergency, COOPI launched an urgent intervention in November to bring water to 9,400 people.

We are working on three levels:

1. we rehabilitate existing water systems in 5 communities in order to expand, repair and make them more efficient;

2. we build pipelines to bring water to surrounding villages, particularly near schools and health centres to reduce or contain migration;

3. we hold awareness-raising meetings on the subject of water to teach correct conservation, to make people aware of the risks associated with the consumption of uncleaned water and to prevent disease.

Water is essential to restore life expectancy to the population!

Thank you for your generosity!