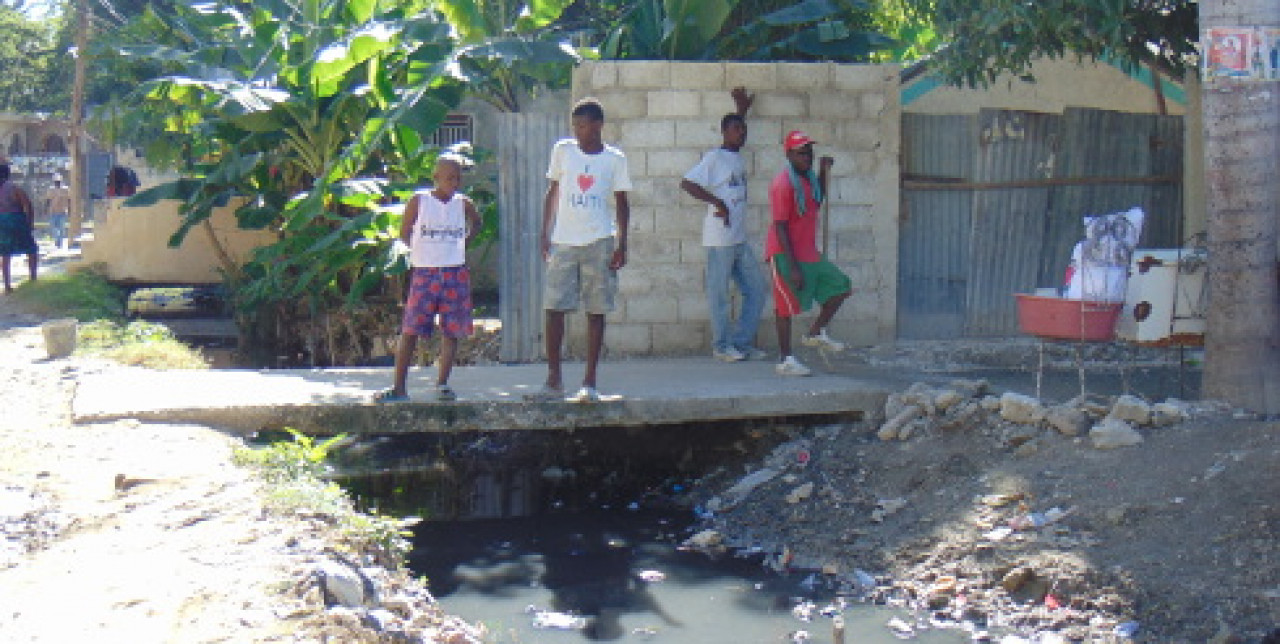 Is it possible to raise awareness of the population on correct waste management through theatre? Why not!

In the frame of the disaster risk reduction (DRR) project financed by OFDA/USAID, COOPI - Cooperazione Internazionale launched a call for funds for innovative DRR initiatives directed by local organizations. Planète des Jeunes de la Francophonie (PLAJEF), a local organization with a mission of environmental protection and promotion of young entrepreneurship, won the fund of USD 2,000. This fund is for an awareness project on waste management through training and theatre as a strong way of socialization and dissemination of messages to the population of the most vulnerable neighbourhoods.

"Our objective is to create young leaders in Tabarre. We aim to form them on the most urgent topics and needs. Waste management is among our priorities, for example", explains Paul saint Phard, PLAJEF's president.

The attendees have been chosen among young people of Tabarre involved in environmental protection, through an audition and motivational interview. The clause was that they would be promoters of recycling and waste management in their neighbourhoods.

After the classes on waste management (what are the consequences of throwing rubbish in the streets and canals, how to recycle), the participants will be trained in theatre.

They will write together a theatrical piece which will be performed open-air, after several rehearsals, in two vulnerable areas of Tabarre - notably at the Carrefour Clercine and at the Béthanie Church of Butte Boyer. The objective is to reach most people possible and explain to them how to manage waste management daily as well as getting them emotionally involved through theatre.

"The theater is by its very essence an art of engagement. With this project we want to have a real and lasting impact on the behavior of individuals, to make them understand how each of us is an intrinsic part of the environment and that we have the civic and moral duty to respect and protect it," explains Sagesse Messerne, the Haitian movie actor chosen to facilitate the theatrical training.

Paper plates, bags, plastic trays and other wastes dot the landscape of Haiti and fill its rivers. They are ubiquitous both in the urban and rural landscapes and are ruining people's lives.

The problem is complex. On one hand, there is the lack of waste management at the national level while on the other, there is the ordinary citizen who is accustomed to throwing the plastic bottle when finished drinking (because he thinks there is not a proper place to throw it).

In Haiti, the problem of waste management is one of the obstacles to the DRR. For example, the metropolitan area of Port au Prince (in which Tabarre is) is built on a canal system to down flow the water during the heavy rains. However, they are too often completely clogged with garbage. This causes flooding and related risks for the population in terms of material and human losses.

In the training they propose to recycle items like plastic battles or giving them to collection centers. For instance, COOPI equipped 15 churches for this purpose in Tabarre.

Sometimes one tends to think that the Government is solely responsible for waste management and waits for it do something, "but we are the State. We have the power to change things with our own consciousness, being exemplary citizens" explains Sagesse Messerne, "because once that change is in the people, the Government can only react accordingly".