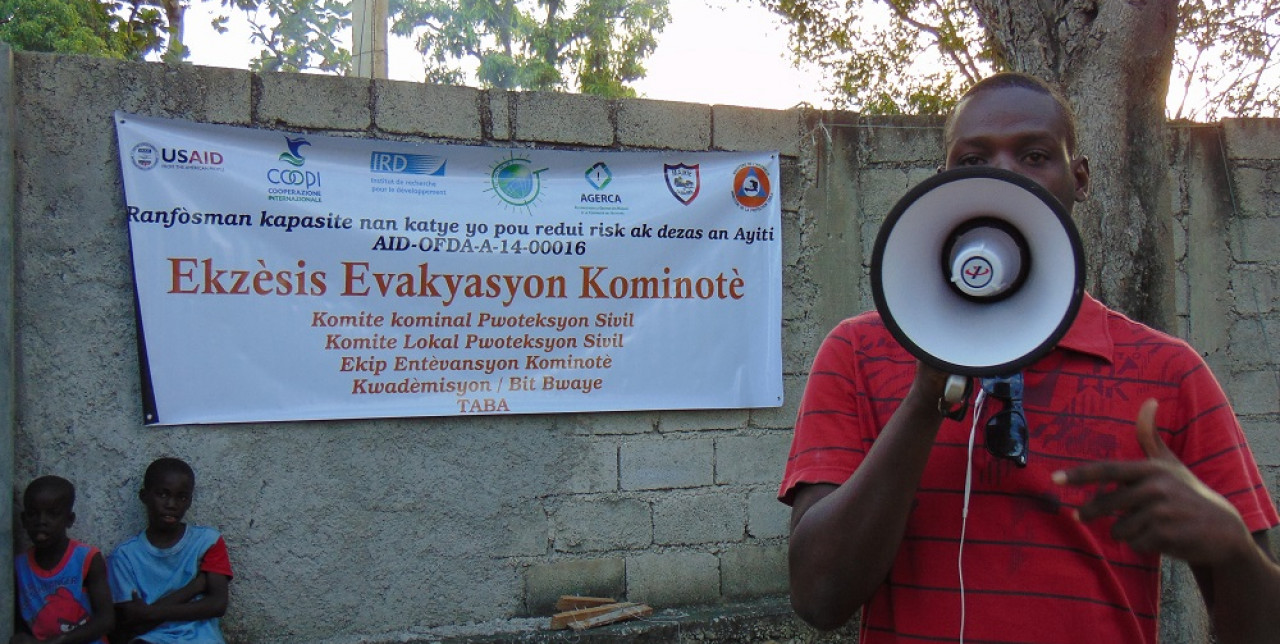 COOPI and its partners are already using it to talk about the 30 evacuation exercises that COOPI is organizing in the urban communities of Tabarre, Haiti.

As for COOPI's intervention, collaboration with the local actors is essential. That is why last week I decided to train more than 30 people on social media and to share with OFDA/USAID and partners (Municipal and Local Civil Protection and AGERCA) a social media toolkit with instructions to follow. The selected trainees were from the community intervention units (EICs) and the local Scouts, all very active actors of our activities in the field. The EICs, for example, work in close collaboration with the Local Civil Protection in the most vulnerable neighborhoods of Tabarre to raise awareness on disaster risks preparedness, mitigation and response activities.

The evacuation exercises are a resounding example of the preparedness activities organized by the EICs in collaboration with COOPI.

I found important to motivate them and build their communication skills since they are actively involved in the evacuation exercises, and take a lot of pictures and videos, too. Here, the idea is to introduce them to the world of social media (mostly on Twitter, but also Instagram and Facebook), explain how to use hashtag #EvacuationUrbaine, and how to promote their good and various activities within their communities, ranging from raising awareness on DRR to community mobilization in case of emergency.

It was a beautiful experience. The EIC members and the Scouts come from different origins, are of different ages, enthusiastic and interested in discovering new ways to get going.

Among the trainees, some were already using some social media on a smartphone; others did not have even an email address because of the lack of computer at home and limited internet access. However, all of them were equally interested in discovering the social media world and how to use it at its best to amplify the communication of a work done with dedication, passion and perseverance.

We opened together the accounts, explained the differences and practice. They are already posting lot of content about their intervention in the community and will be gradually more and more active.

Communications are facing a deep evolution due mostly to the internet and the new mobile systems. We are in an era where vibrant and democratic dialogue among everybody, as well as small and big changes in the world are possible also thanks to a good use of the social media.

I do believe in it. What about you?