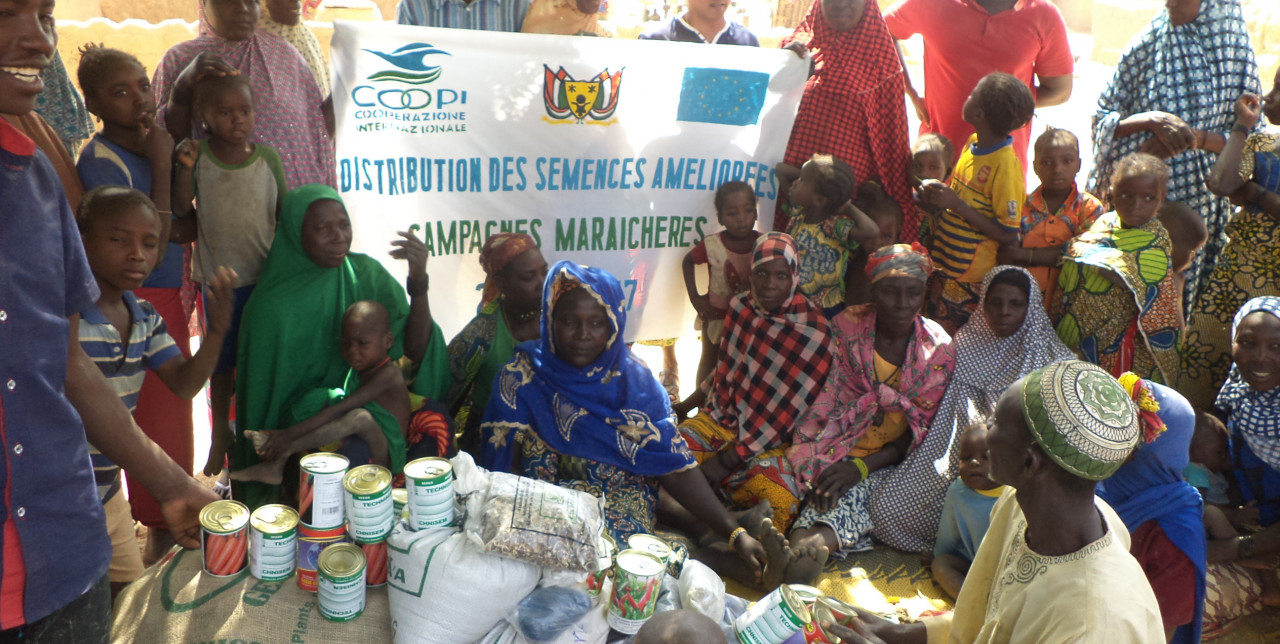 Food security and climate risks in Niger: women at the forefront

Food security in Niger is an ever-present challenge. COOPI does not avoid facing it and has been supporting local communities for seven years to solve the problem.
Between June 2016 and June 2017, thanks to the funding from the European Union, more than 1,000 women in 51 villages located in Soucoucoutane and Dogonkiria communes (south-western Niger) joined the activities organized by COOPI aimed at improving their life conditions by fostering food diversification.

The beneficiaries of these activities have been trained in building techniques and in the benefits provided by using improved cuisine, i.e. the decrease in thermal dispersion and the resulting decrease in the amount of wood required to cook meals. Additionally, attendees were trained in the farming of gombo and moringa and in the processing of peanuts, a task made possible thanks to the installation of four windmills and to a fund for the management of micro-enterprises. Lastly, women supported by the project benefited from the distribution of agricultural material (small tools and gardening seeds) and took part in a survey aimed to define the central topics in awareness campaigns on food-related education and hygiene. 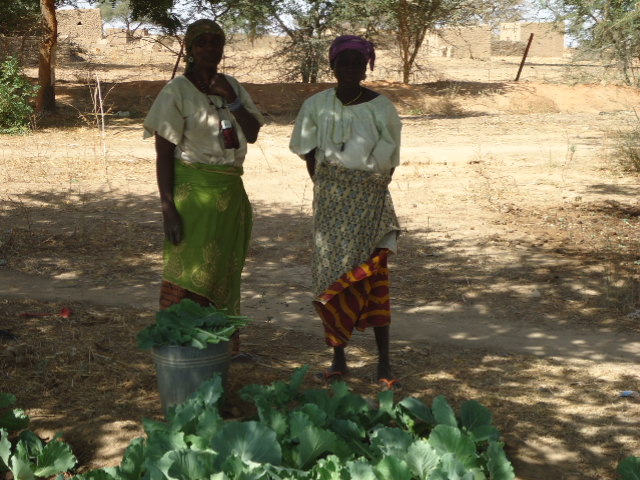 The building of improved kitchens, the aid provided to use the processing chain of peanuts as a source of income for women and, lastly, the support for the production of gombo and moringa are just some of the activities that COOPI is carrying out in Niger within the project titled “Improvement of climate resilience and food security”.

The project- expected to end in June 2019- identified the two rural villages of Dogonkiria and Soucoucoutane (located in the northern part of Dogoundoutchi department, a three-hour car ride from the capital) as endangered areas due to them being isolated (and distant from the main roads and from big metropolitan areas) as well as very vulnerable to climate shocks. The agricultural-zootechnical sector faces serious development limitations due to climate change, the increase in land degradation, the lack of pastures and of improved seeds, i.e. drought-resistant ones.

The involvement of women is crucially important for the achievement of project goals: not only because they are the ones usually responsible for the provision of food in families, but also for their ability in spreading messages and involving different communities. After the first year, a very high number of women joined the different trainings and the distribution of tools and seeds. «The path to achieve resilience is still very long»- says head of project Giacomo Fassi-, «but COOPI will carry on supporting the women and monitoring them during the entire carrying out of the project, so as to reach common goals together and start new challenges».