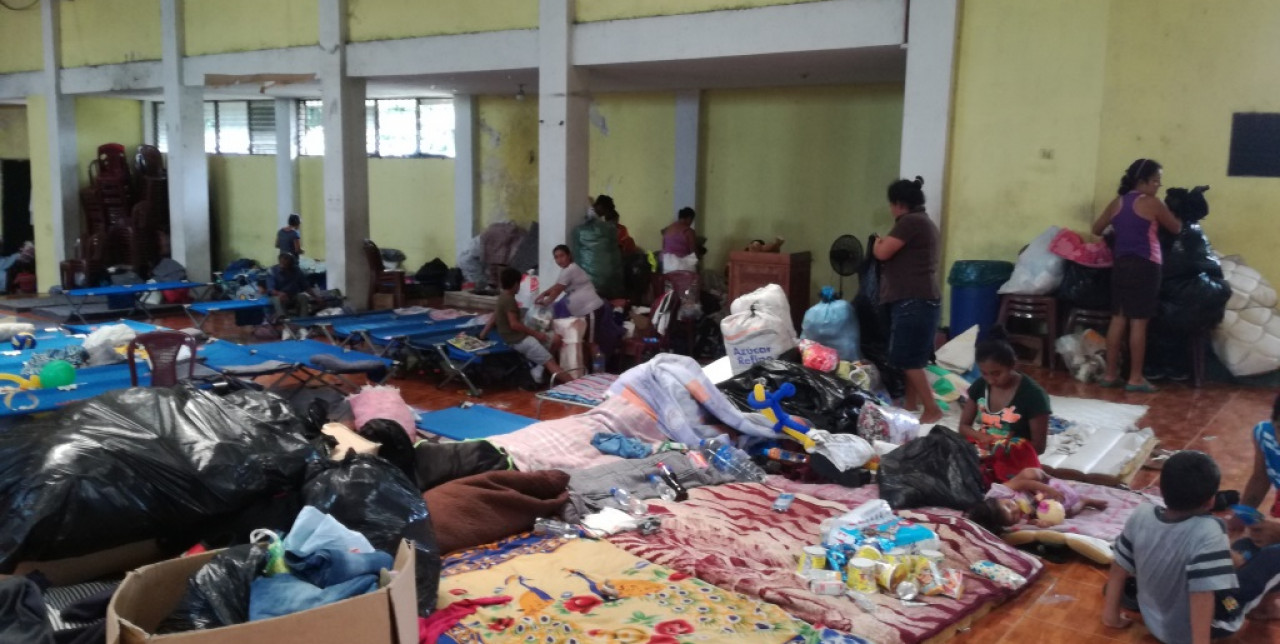 On the third of June, a new catastrophe struck Guatemala, one of the top five countries in the world most likely to be affected by disasters. Local scientific organizations readily explained that what happened was a strong explosion of Volcàn de Fuego, 50 kilometers from the capital, Guatemala City. The alert- given just before the disaster occurred- made possible the evacuation of thousands of people living in the surrounding area, but the eruption soon generated a massive amount of pyroclastic flow (magmatic material mixed with high-temperature gases, traveling at high speed down the flanks of the volcano), which has literally buried several communities located at the feet of the volcano.

Meanwhile, rain keeps falling down. Search and rescue operations of those missing were temporarily stopped due to the climate and the high risks faced by rescuers. During the week, the volcano increased its activity with multiple explosions and lahar flows (i.e. mudflows composed of a slurry of pyroclastic material and water running down the slopes of volcanoes).

Survivors are currently sheltered in improvised hosting centres within structures appointed by the government and located nearby: mainly schools or municipal spaces, lacking the basic requirements to face the needs posed by the emergency, which are increasing by the day.

COOPI operators in Guatemala decided right away to reach the affected area and to provide an immediate answer to the emergency by collaborating with authorities and the population. Preliminary analyses have highlighted notable lack of organization in the hosting centres, taken by surprise by what happened and not equipped neither with the resources nor with the capability of providing basic services to the displaced population. 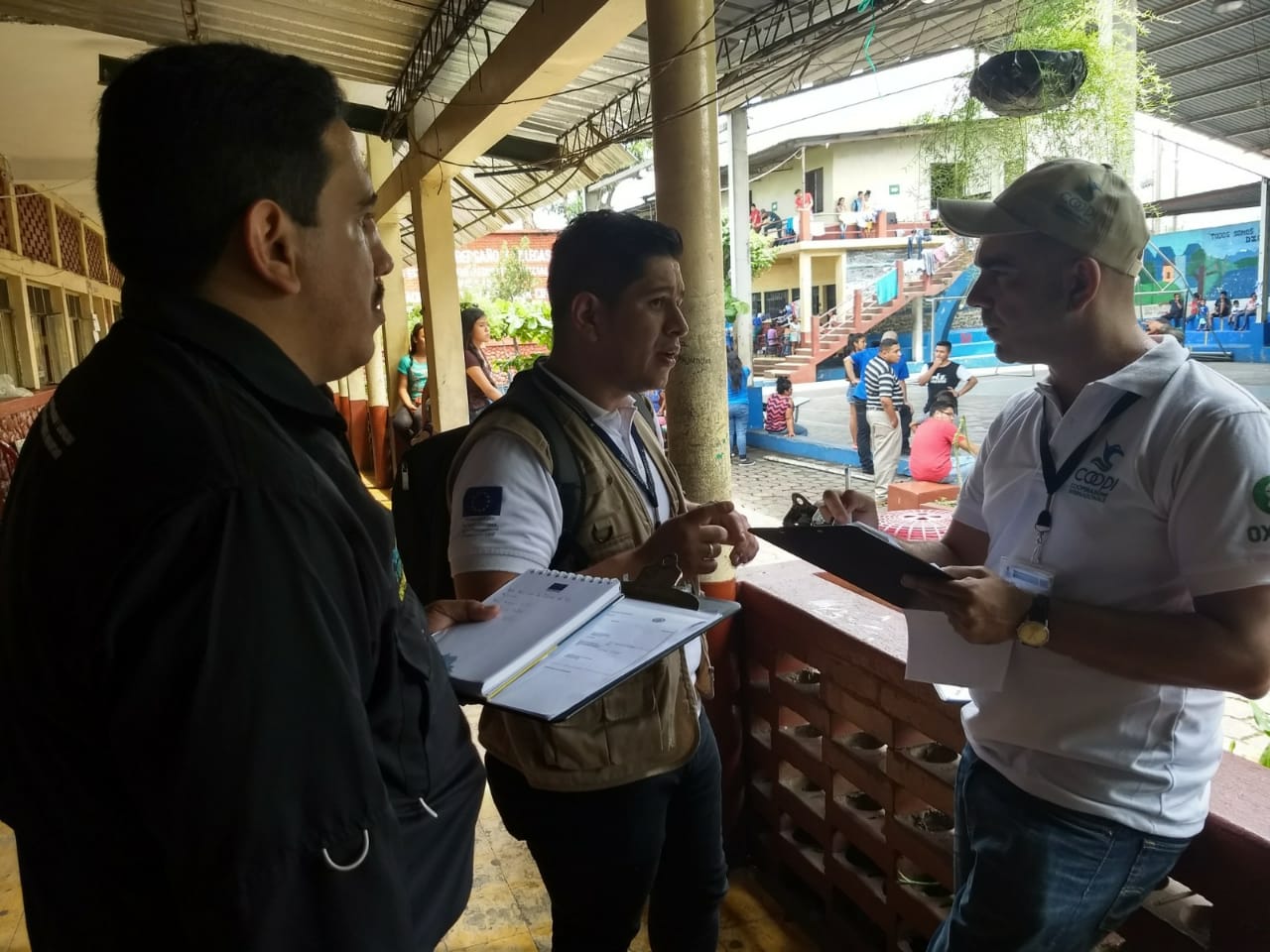 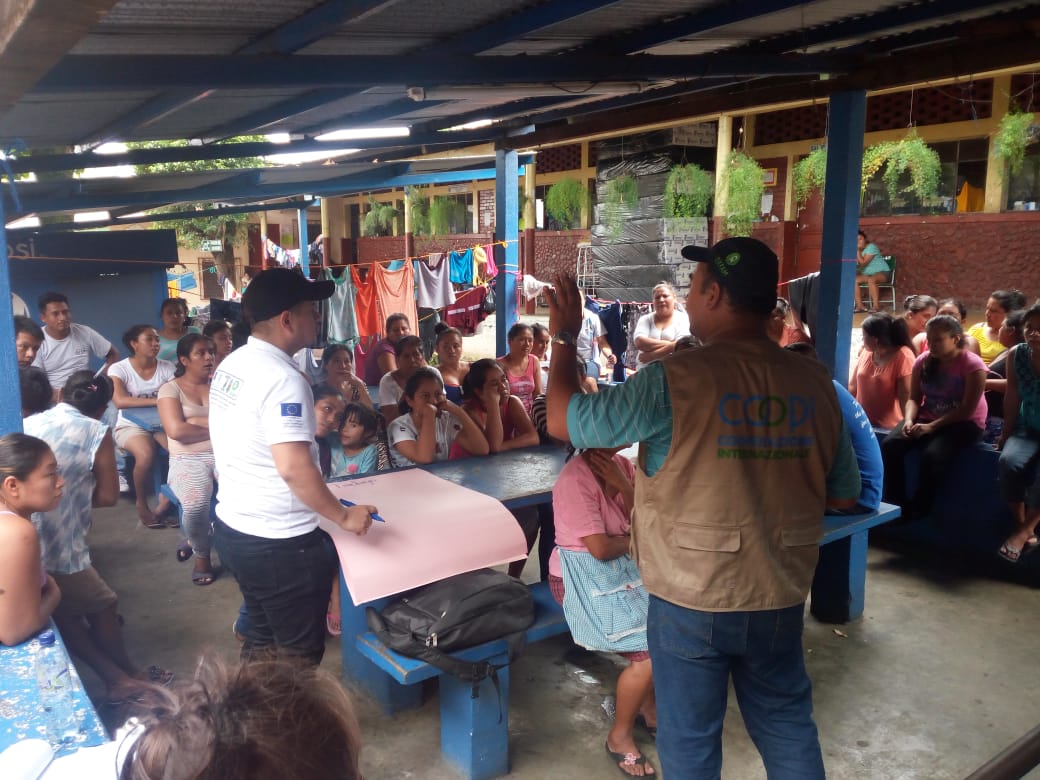 Our colleagues, who are working to help authorities in the Simón Bergaño y Villegas Institute, informed us that the population does not have access to running water. There are no working showers and no basic products for personal hygiene. Almost a thousand people are sleeping in the tiny rooms of the school centre while wishfully waiting for news about their missing family members and about their fields, which had been sown with corn recently and which represent the main source of livelihood for Guatemalan farmer families. Data published by MAGA (the Ministry of Agriculture, Livestock and Food) leave no room for hope: the losses are massive.

While waiting for these areas to be accessible once again and for search and rescue operations to come to an end, COOPI keeps providing support in the hosting centres by accompanying authorities, by managing the displaced population to improve the self-management of spaces and by supplying first-necessity goods to these facilities.