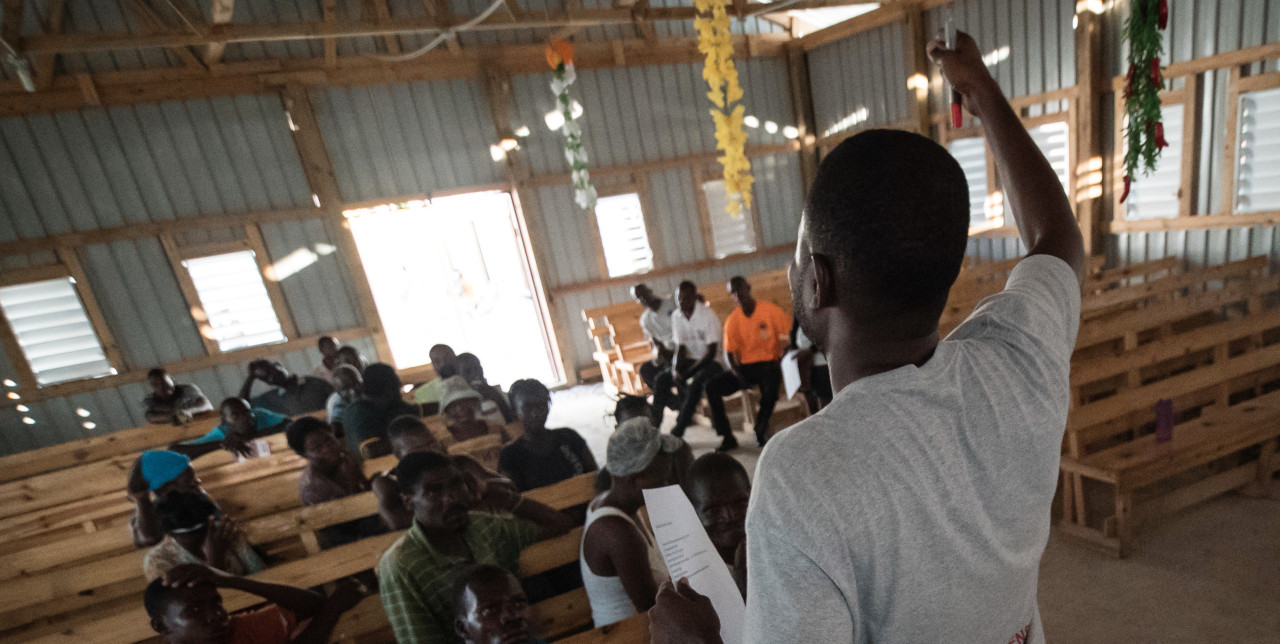 Due to its geographical location and geological features, Haiti is highly exposed to natural disasters. 2014 and 2015 were marked by a long period of drought that affected almost the entire country, negatively impacting on the country's primary resources and food security. Local estimates report that about 30% of families struggle to eat one meal a day on a regular basis .

In an attempt to mitigate the issue, COOPI and OXFAM Intermon are currently working in the country to strengthen the capacity of vulnerable populations to cope with drought in the departments of North West and High Artibonite.

The action - financed by the European Union Humanitarian Aid (ECHO) - is focusing on the municipalities of Bombardopolis and Baie de Henne, in the North West, and on Anse Rouge, in high Artibonite.

Its purpose is to build local drought prevention mechanisms able to last in the long term by supporting the local institutional bodies, so as to consolidate the data collection system of territorial resources and vulnerabilities, as they are necessary to develop an effective early warning system that is able to prevent periods of drought in the area. COOPI project leader Bernard Baugé explains: «What we really aim to reach through this intervention is a tangible change in the local institutions capacities to manage the drought risk, independently and in a coordinated way».

At the same time, the project aims to improve preparedness and coordination between the various local actors involved in food security and disaster management, so that the information - once collected - is quickly transmitted from the local level to the national level for a concerted and effective response. OXFAM consultant Juslain Mathieu explains that the problem is often exacerbated by the lack of an effective communication system between the two parties: «Drought has become a recurring phenomenon in the area. These situations are not formally reported by local authorities to departmental and national entities involved in this field, because of the lack of a data gathering system».

The action is based on the lessons and good practices learned from previous interventions aimed at reducing the risk of environmental, drought-related disasters in Haiti. Such interventions were carried out by OXFAM and COOPI in the department of Artibonite and in the central plateau respectively. They are part of a wider integrated-development strategic framework for these municipalities, which will be implemented through future European Union programmes.