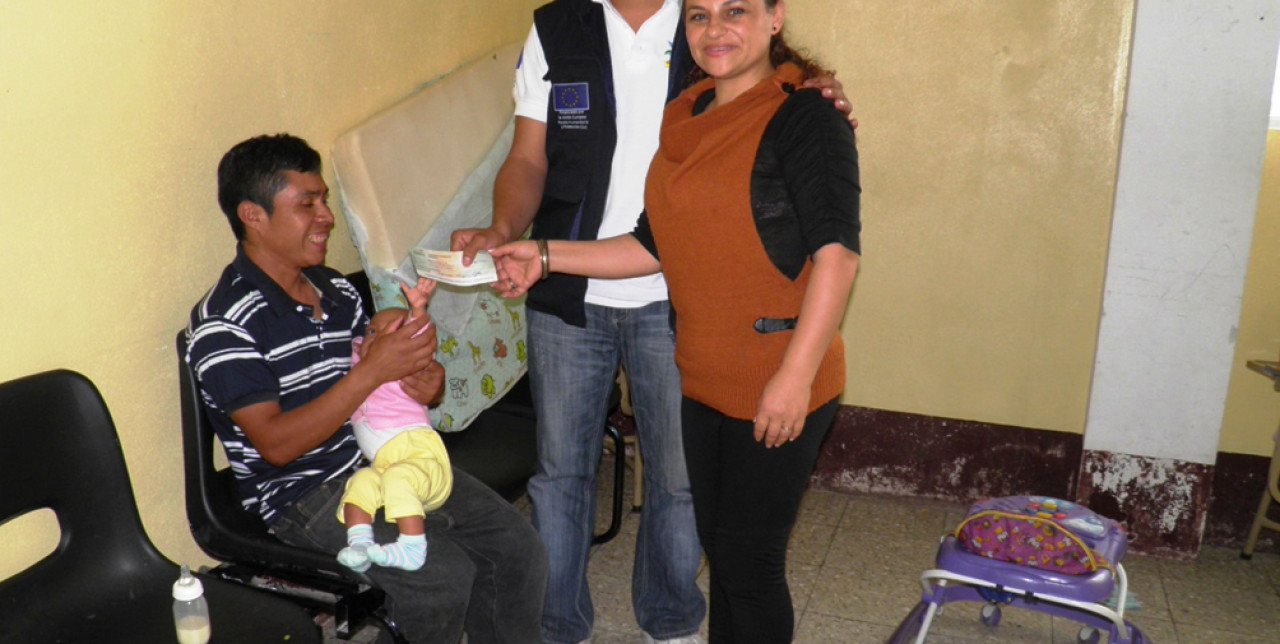 Let's fight with Reina against malnutrition in Guatemala

Reina is a child of just one year and two months, daughter of an indigenous family (ethnic Mam), born in San Juan Atitán, Department of Huehuetenango, Guatemala. The girl was suffering from acute malnutrition, a condition complicated by pneumonia and the family's economic difficulties. The impotence in providing adequate medical care and the deficiencies of the health system had pushed Reina's parents into a state of resignation.

Unfortunately, the difficulties of Reina's family are also shared by other families in Guatemala, one of the countries heavily affected by El Niño. From the second half of 2014, the warming of the waters of the Pacific Ocean has caused exceptional effects on the Guatemalan climate causing drought in the central and peaceful regions, a circumstance that has lasted even in 2015 causing an extreme delay in the ordinary rainy season as well as an irregular distribution of rainfall.

As a result of this situation, basic crops of maize and beans have been severely damaged, reducing the ability of the most vulnerable households to feed themselves adequately. This has resulted in an increase in cases of acute malnutrition, as in the case of the municipalities of San Juan Atitán and Colotenango, in the Department of Huehuetenango, where it is common to witness life stories similar to those of Reina.

Fortunately, the staff of COOPI Guatemala in collaboration with the Municipal Commission for Food and Nutrition Security - COMUSAN (of which COOPI has been a member since the beginning of the project 'Immediate response to humanitarian needs caused by the impact of El Niño in the arid corridor of Guatemala', funded by the European Commission's Directorate-General for Humanitarian Aid and Civil Protection - ECHO were able to identify this case in time and intervene with the necessary actions to save the child's life.

Last June, a municipal meeting was held with delegates from the National Health Service (SESAN), the Guatemalan City Council and COOPI staff to move the girl to the regional hospital in Huehuetenango so that she could receive the necessary treatment for her pneumonia and thus organise her subsequent transfer to the Nutritional Recovery Centre.

Thanks to the project carried out by COOPI, the Reina family, like many other families in the municipalities concerned, received financial support, corn and bean seeds, enriched flours for infant feeding, as well as technical assistance and training on good health practices, new agricultural practices and alternative methods of food preparation.

Thanks to this intervention, Reina seems to be improving. She laughs, plays and has the chance of a better future.