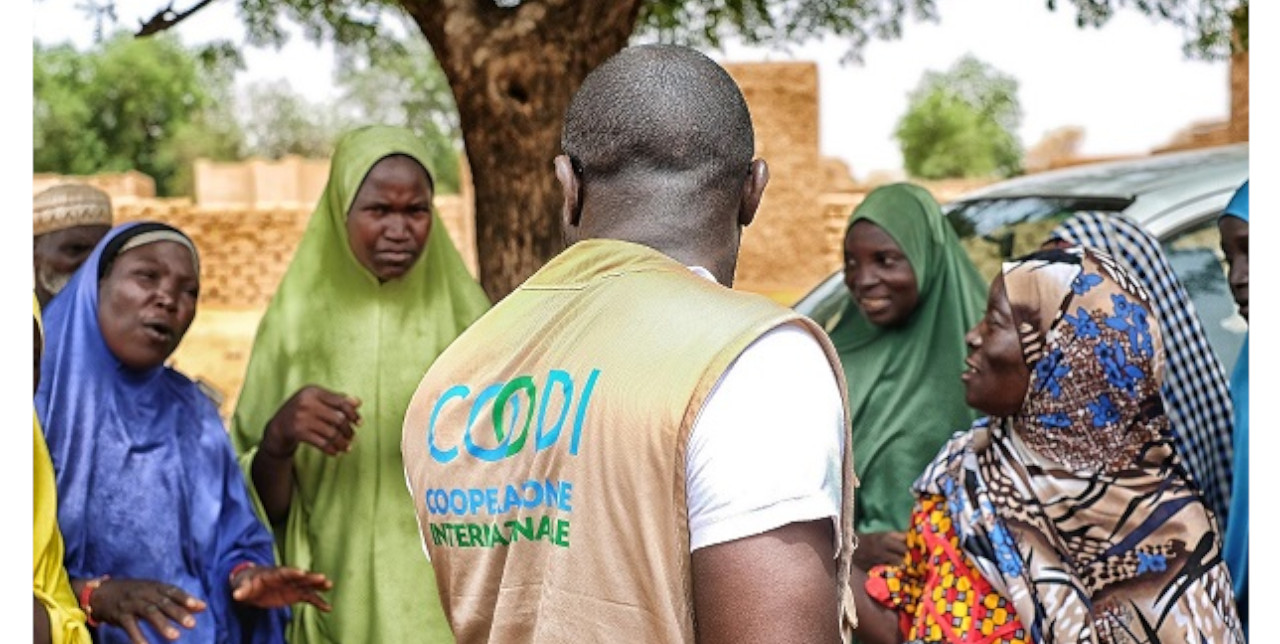 On June 9, 2019, we ended our "Project for the improvement of climate resilience and food security of the rural municipalities of Soucoucoutane and Dogonkiria (PARC-SASD)", which involved 9,746 people in about 120 villages in Niger.

Launched in 2016 and funded by the European Union, it aimed to support rural communities in the region of Dosso, afflicted by the effects of climate change and food insecurity. To tackle this emergency, we created income-generating activities, we strengthened agricultural and animal production, we encouraged the sustainable use of natural resources and we promoted climate change adaptation strategies.

580 women are more independent thanks to income-generating activities

During the project, women were at the forefront of income-generating activities, which allowed them to escape from a condition of extreme poverty.

In doing so, peanut processing has been highly encouraged among the different income-generating activities.

580 women aged between 17 and 59 participated in the project, during which they received an oil mill, an oven, a peeler and bags of peanuts weighing 100 kg each that they used to process peanuts.

The beneficiaries were also trained to manage funds and they were encouraged to open an account to better check their incomes.

On average, each group managed to transform from 10 to 15 bags per month, between 3 and 6 months per year, depending on the availability of peanuts.

When the peanut activities had to be interrupted, COOPI Head of Mission, Morena Zucchelli, points out that: "the beneficiaries were involved in making improved cooking stoves and they participated in horticultural and breeding activities. In addition, we carried out awareness-raising campaign to teach women best practices related to culinary preparation, to increase their knowledge on nutrition and food diversification. The campaign was pretty successful, since we notice a positive change in the beneficiaries habits."

As Zucchelli continues, "Thanks to the project for the improvement of climate resilience and food security we improved the agricultural and pastoral productions of the rural communities, while supporting women and other vulnerable community members, who now have an income and can diversify their diet and improve their living conditions."