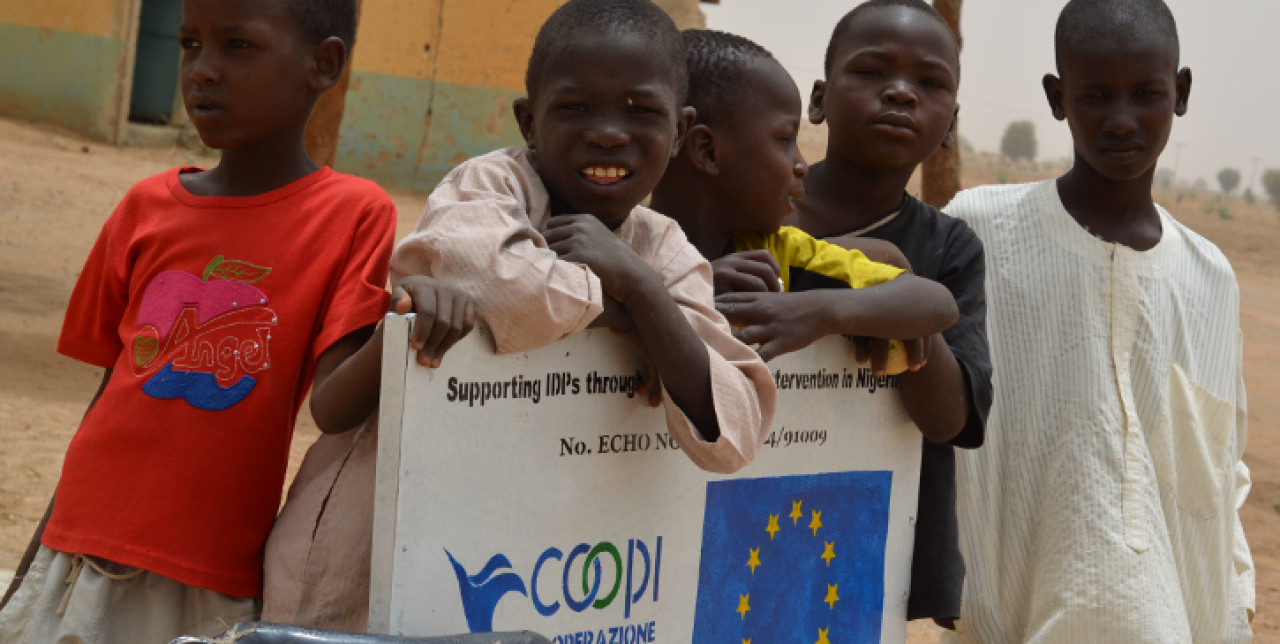 COOPI and ECHO projects for children and refugees stricken by Boko Haram.

In the north of Nigeria and along the borders of Niger, Chad and Cameroon, the consequences of the terroristic activities of Boko Haram continue to be dramatic, generating fights with armed men, in which the local population pays the highest tolls. Thanks to the funds of ECHO (the EU Humanitarian Aid), FAO and UNICEF, the presence of COOPI in these countries aims to face the emergencies experienced by children and the necessities to guarantee food safety to thousands of people.

According to ONU estimates, there are more than 5 million civilians escaping the various afflicted regions of these countries. These people tell stories of how massacres, violence and raids have forced them to take a dramatic decision: to leave their homes, their jobs and properties, in search for a safe place where they can start a new life.

In Nigeria there are almost 5 million people that need different kinds of humanitarian assistance and therefore considered as the country most hardly hit. In the state of Yobe, in the north east of the region, the conflicts have made the inhabitants suffer more than anywhere else. Supported by the European Union, here COOPI concentrates on a humanitarian intervention regarding food safety and hygiene, basic necessities that warrant health and sustenance to more than 13.000 people who have been forced to escape.

The second COOPI project in this state is dedicated to the protection of 860 separated and abandoned children: the goal is to give them a future, to find and form foster parents who can take care of children who find themselves alone due to the war.

But the conflict's effects continue to be experienced on the borders of this country, and other countries, besides Nigeria, generating serious conditions of emergency: in Chad, hundreds of thousands of refugees are starving and have no possibility of receiving some sort of provision for themselves. While in Niger, in the Diffa region, where the majority of refugees escaping Boko Haram have been received, 340.000 people suffer of malnutrition. COOPI is also present in this region with two projects financed by UNICEF, the first regarding the protection of children, their childhood and education for almost 3000 children (of which almost 50 % are girls) and the professional training for dozens of  teenagers. The second project intends to support more than 5000 children, who have been victims of violence.