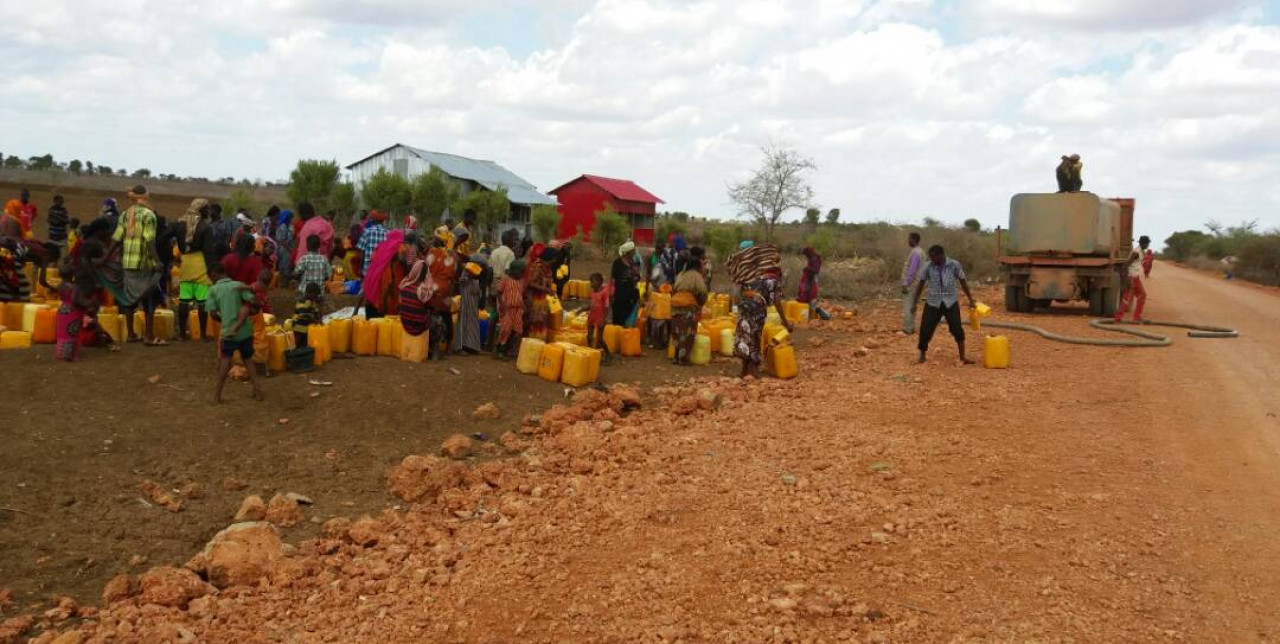 Somalia is experiencing one of the worst crises since 1945: prolonged drought has knocked the entire population and more than an half (6.7 million people) urgently need humanitarian assistance.

As our staff tell us, there is an increasing crowd of people who, at the end of their strenghts, abandon their villages in order to reach the sites presided over by NGOs.

"In Gedo, for example, there are some districts that cannot be reached," explains Deka Warsame, COOPI Somalia Representative. "This means that there are no direct flights - not even humanitarians - and going by land is out of question, because of extremists being in the middle. So those people have the tendency to move to areas where humanitarian organizations are operating. "

The same is for Bay, another region in Southern Somalia, where COOPI is present. "Bay has been one of the first areas to suffer the drought and today is in a state of proclaimed emergency. Most Somali refugees come from this region and Bakool, the neighboring one. "The population has been suffering for years", Warsame explains," and now looks for refuge in neighboring regions such as Hiran, Lower Juba, Middle Juba rather than Mogadishu. To understand the gravity of the phenomenon, just think that the capital of Bay, Baidoa, has been nicknamed the city of death", she concludes.

"We are responding to the drought emergency, both in Bay and Gedo, thanks to the funds of UN OCHA - United Nations Office for the Coordination of Humanitarian Affairs. In Baidoa, in the Bay region, the project "Emergency food security and livelihoods responses to drought affected agro-pastoral communities" is active. The project aims to save the lives of 4,200 people (especially women, young people and particularly vulnerable children) and to protect their livelihoods (especially livestock). To this purpose, it provides unconditional cash to meet basic needs, livestock treatment support and water for livestock.

In Luuq, in the region of Gedo, the project "Emergency and sustained access to water and promotion of hygiene practices among the drought affected households " is active to prevent the incidence of malnutrition, acute diarrhea and cholera in the community of 11,000 people - both displaced and hosted, through the supply of drinking water, sanitation and the promotion of good hygiene practices.

How do we measure the benefit of our intervention? We ask Warsame.

An assurance of the effectiveness of our intervention comes from our alliances with international agencies, local partners and other NGOs: our intervention is structured in a synergistic and appropriate way. Another way of assessing the benefit lies in buiding resilience: at the end of our programs, populations no longer fall into the crisis, despite the drought. In this way they can sustain themselves from now on. That's the difference in people's life we are looking for.