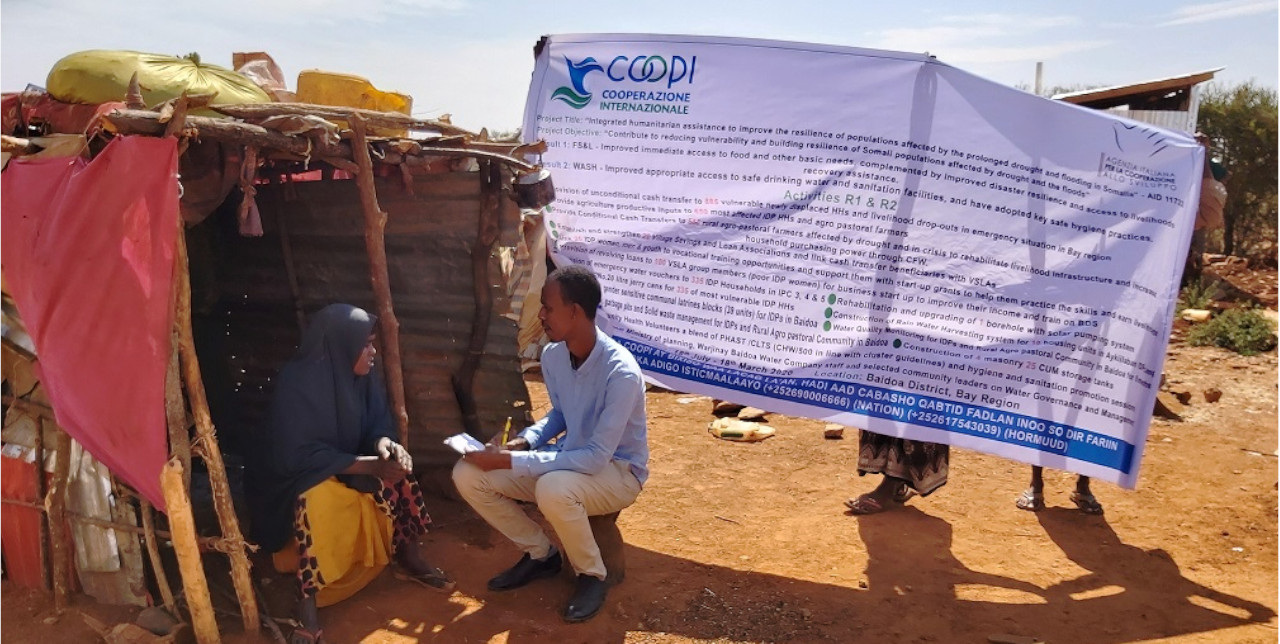 In Somalia, the lack of appropriate access to sanitation and hygiene constitutes a critical emergency for the most vulnerable communities. The existing sanitation infrastructure in locations such as Baidoa (in the South-east) are unable to provide adequate services due to the large population in internal displaced settlements who lack education on sanitation and good hygiene practices. This has resulted in rising cases of disease over the past few years.

Dugsilow IDP (Internal Displaced People) camp is no stranger to such cases and occurrences over the years. Residents decried the poor state of latrines in the settlement, which have been in bad condition and not suitable for use, thus propelling many in the communities to practice open defecation, exposing them to various health hazards. Diarrhea in children under five years of age was common and increased family spending on healthcare, thus negatively affecting livelihoods.

Hawa Adan Hussein, a resident of the camp, recalls the challenges faced prior to COOPI’s intervention aimed at improving sanitation and hygiene in the community. “For generations, open defecation was the norm. We frequently had to relieve ourselves in nearby bushes where we not only faced health risks, but also protection risks and risks of attacks from wild animals,” she says.

She continues, “Women, children and disabled people have mostly borne the brunt of latrine shortage in our settlement. For women, it was not only inconvenient but also embarrassing not to have access to toilets due to lack of sanitation and privacy. Many young ladies and girls have experienced urinary tract infections and stomach ailments which have been difficult to recover from. There have also been safety risks faced by our children. Some years ago, two girls went missing while out in the bushes, never to be found, and just a few months ago, one of our children in the settlement was bitten by a snake while relieving himself, and although it was not lethal, it led to a camp-wide consensus in prioritizing latrine construction during the assessment conducted by COOPI prior to the project. This cause was further supported by those disabled and elderly living in the IDP camp, who require more effort and assistance in order to relieve themselves.”

In August 2019, in response to these challenges, COOPI launched the project “Restore and strengthen the livelihoods of the most vulnerable populations affected by drought and flooding in the Baidoa area, Bay region, by improving food security conditions and ensuring sufficient access to water and sanitation services” funded by the Italian Agency for Development Cooperation (AICS).

In November 2019, we began working with the residents of Dugsilow through a rapid needs assessment to determine their most immediate sanitation needs. To address this, COOPI was able to construct three gender-sensitive latrine blocks comprising three units per block, two of them disaggregated by sex (male and female) and one unit specially designed for the disabled in the camp. These were further equipped with hand washing facilities to improve hygiene. Since that time, according to Hawa, “Dugsilow has made significant progress toward improving the hygiene and health status of its children.” 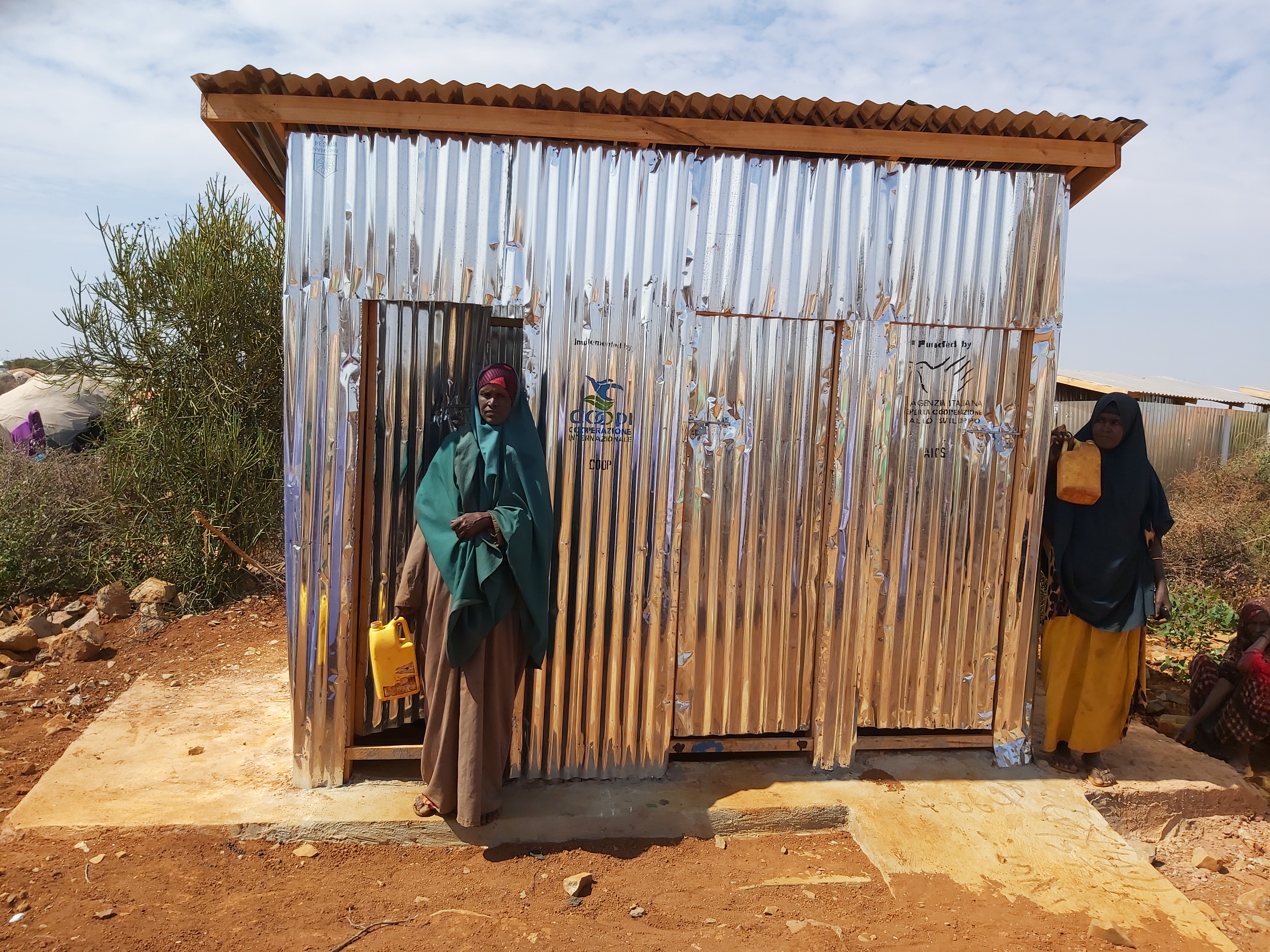 The new latrines installed by COOPI

Nearly three months after their installation, the latrines have had a positive effect not only on their IDP camp, but also on at least two other neighboring settlements. There are currently around 15 to 20 individuals regularly using each facility with a constant influx of visitors, indicating the relief it has brought in the community.

Gratitude and excitement are evident in Hawa’s voice as she describes the new latrines. “I am happy that I and my family do not defecate in the open again. I have restored my lost dignity. I feel more comfortable inviting guests to visit and feel safe while using the toilet at night.”

She adds, “Generally, our health has improved with reduced cases of diarrhea, particularly in the aftermath of the recent Deyr floods we experienced. The IDP camp is cleaner and more organized, smells better, and has no flies infesting the area like before. Even our animals look healthier as they are eating cleaner pasture.”

The people of Dugsilow IDP Camp cannot hide the pride they feel for their new facilities. Residents have taken it upon themselves to encourage their neighbors to improve their own hygiene and sanitation situation. According to Hawa, the community is “thankful to COOPI and AICS for bringing attention to the issue and offering solutions.”