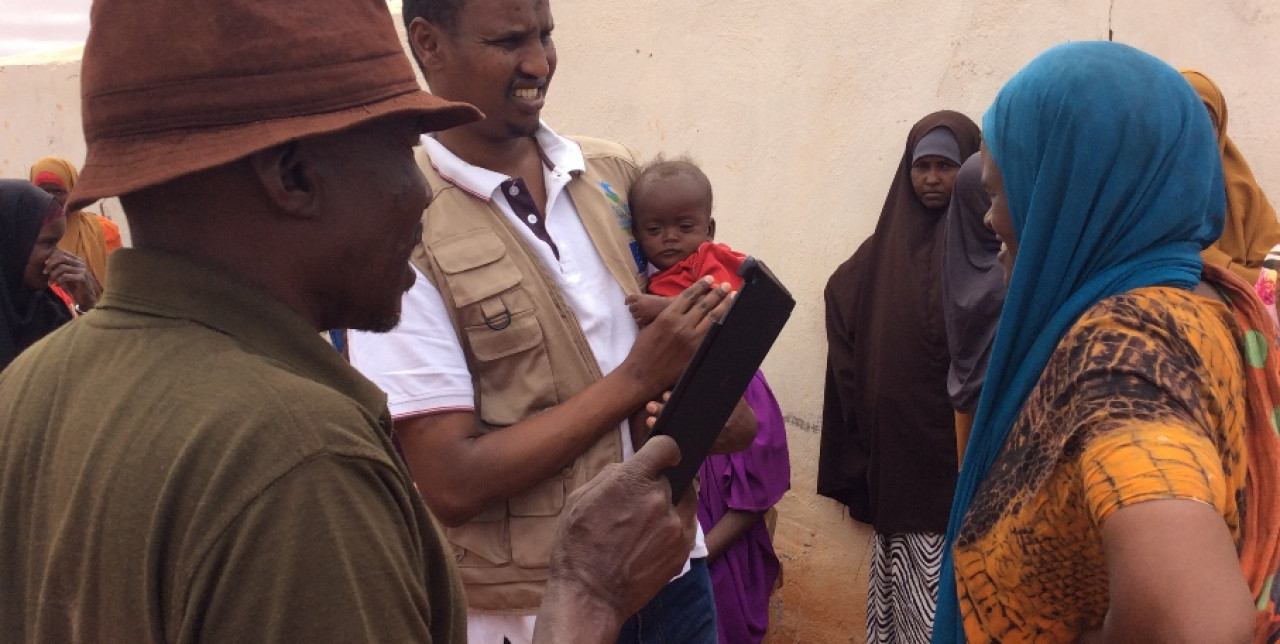 Somalia: learning to react to the crisis looking at the future

Natural calamities and man-made disasters. For people who live in a crisis, forced to survive with little resources or displaced from their abodes, the past has no more importance. The emergency situation forces everybody to look constantly at the present.

The project on one hand contributes to save human lives through provision of timely, appropriate life-saving interventions and protection of livelihood assets (livestock, farmfields); on the other it aims to strengthen their capacity to have increased preparedness and improved resilience to minimize the impact of future disasters.

"I am 55 years old, I have got 7 children and an husband unfortunately disable". Muslimo took shelter in Luuq town in 2016 moving from her village, walking for15 days, with her family and the only support of a cart dragged by a donkey. An uneasy trip: one of her children died during for inactivity and tiredness. "When I arrived here I had not got anything, but luckily I met the staff of COOPI: I received immediately money by which I bought food and they gave me supplies of fresh food. Then Muslimo was visited many times together with her family by hygiene operators, who taught her correct procedures for cleaning and using the water. "I suffered frequently of diarrhoea and malaria in the past and now I understand that it was caused by insufficient hygiene. Now COOPI has built a well near the river's bank and this made easier our life".

Halima and Idiris, strengthening the resilience of the populations

Halima lives in Bulla Qolloc village. "Before Coopi's intervention we survived collecting wood to burn and selling it at the market. Our sales, in the "good" days, managed a meal for everyone". COOPI's intervention in this case was the "cash for work" to increase the opportunities of salary and earnings of the population, improving the capacity of purchase. "I bought two goats and planted the corn in my farm thanks to the aids that I received: now with these changes we can eat three times a day".

In Gondobow  village, Idiris has always lived as a farmer. "It was difficult for me to plant and to manage a good harvest, because there was economic crisis and I had not the adequate means". Idiris has received helps for the purchase of the fuel. "I have got the rights means for the irrigation of two months and I will be able to sow and to harvest as it never happened earlier".

Rukia, to improve the nutritional state

Rukia is 28 years old and she has lived for one year in Conole field with her five children. "I have escaped from my village because of the menace of Al Shabab and since when I have arrived in the field my family has benefited of fresh food distributed by COOPI". Taking of fresh fruit and vegetables has had a big effect on her family and has allowed to face the lacks of the growing up of the children by necessary nourishments. "In the past our youngest child was weak, but now his body is becoming stronger, he is growing up and he is able to walk". The remainder of the family and the also Rukia feel stronger: "my children fall ill more rarely while previously they suffered frequently flues and correlated infections. Me too previously I could not able to walk for long ways; while now I can go to harvest wood to burn once a day and to be more independent".