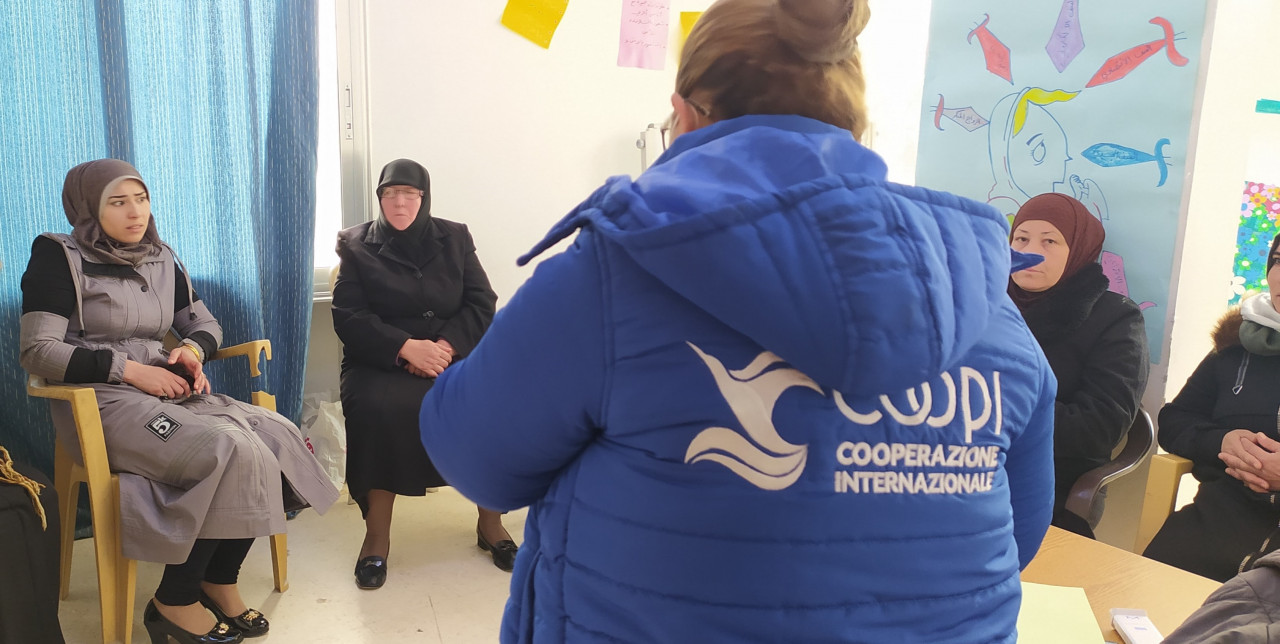 Syria. Together with AICS we offer psychological support to war victims

Khadija is a 42-year-old Syrian mother of four who lives in Al-Nashabia, Eastern Ghouta, in the rural governorate of Damascus, with her children and her husband, who does not have a steady job, but he does odd jobs that force him to face many challenges to meet the family's needs.

Khadija's is one of the many families who fled because of the ongoing war and returned to their hometown years later. Due to poor financial conditions, Khadija and her husband arranged the marriage of two minor daughters. In addition, they both used physical and verbal violence to educate their children and to try to limit some of their behaviours caused mainly by the psychological stress they were under.

Khadija approached COOPI staff in search of support, especially regarding her son's violent behaviour and thus became a beneficiary of the project "Protecting and strengthening food security of the most vulnerable families and individuals in Eastern Ghouta and Dar'a Governorates", funded by the Italian Agency for Development Cooperation (AICS).

The social worker listened to her needs and introduced her to the programme for care givers, which provides her with new skills in managing stress and violent behaviour in children. She attended the programme for two months, participating in weekly sessions covering topics related to psychological stress management, self-care, children's needs, emotions, relationship with her spouse, and child management.

Khadija showed great commitment and interest in attending the sessions and adopting the information she received. "What I learned during the sessions is positively reflecting on my relationship with my son, who showed more affection after I started actively listening to him and meeting his emotional needs to be loved and understood", she tells us.

As she explained "What I have learned from COOPI is that I will no longer encourage early marriage, and I will continue to practice new ways of dealing with my children because the well-being of the family is much more important than the financial situation".

COOPI has been active with its humanitarian action in Syria since mid-2016, mainly engaged in the sectors of Food Security and Protection in the rural areas of Damascus and Aleppo. In these areas, the two sectors are closely interlinked as a lack of access to food security can lead to domestic tensions, which in turn can lead to harmful coping strategies, including early marriage and child labour.