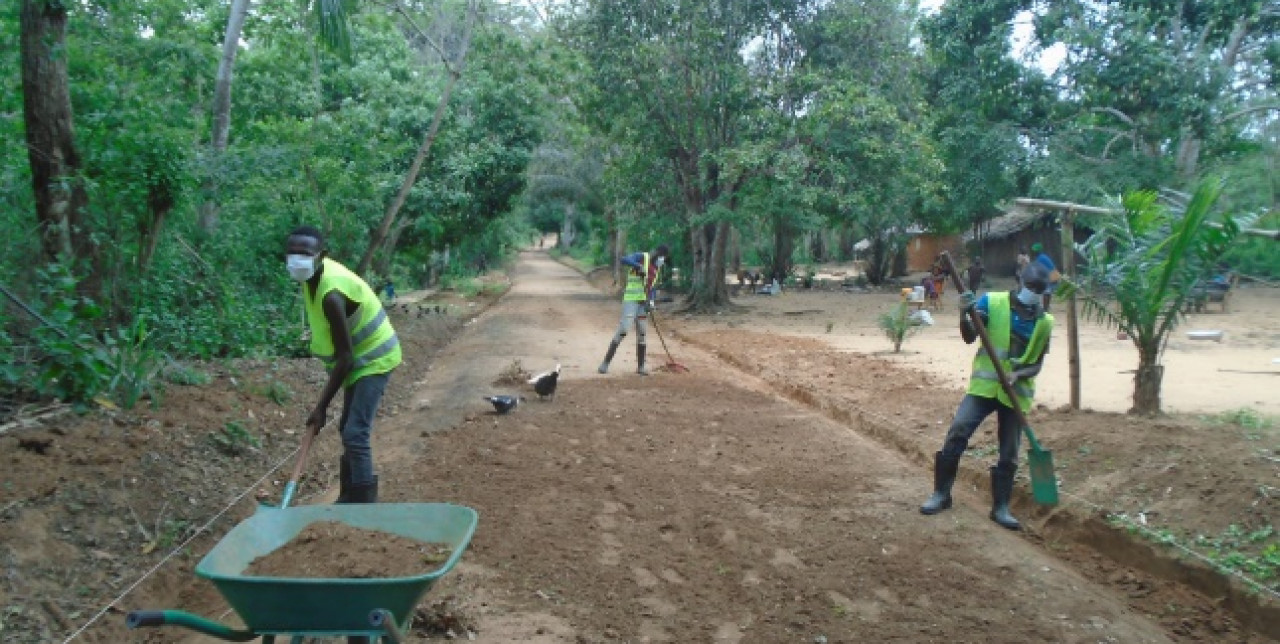 In Central African Republic, in the framework of the project "Support to the resilience of the vulnerable population of Lobaye phase II" funded by the Italian Agency for Development Cooperation (AICS), COOPI - Cooperazione Internazionale is engaged in supporting hundreds of vulnerable young people, among others,  through the approach "THIMO - Labor-intensive work".

Specifically, the THIMO activity consists in the rehabilitation of rural tracks in the area of Mbaiki and Pissa by young returnees, selected both on the basis of high vulnerability criteria and by drawing lots.

Although the activity was initially planned for only 60 young people, the enthusiasm expressed by the community - even after the identification of beneficiaries was completed - prompted COOPI to change its strategy and to increase the number of young people included in the project, through a rotation system implemented every 10 days. As a result, the project provided employment to 1,040 youth, including 296 women, between February and December 2020. 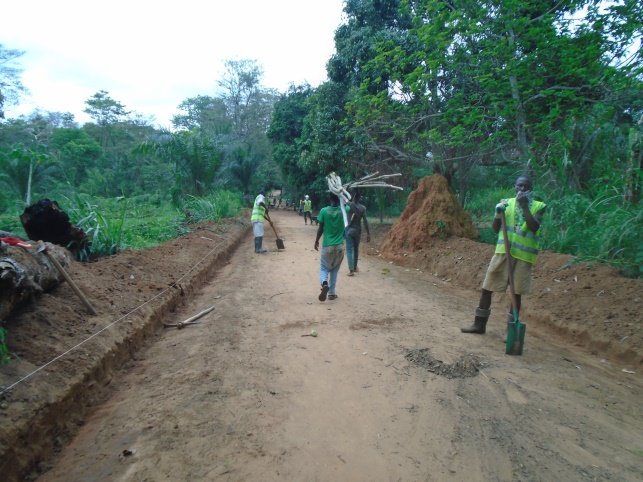 The beneficiaries testified that the money received enabled them to buy or rent land and start income-generating activities. In Pissa, given the many tracks made passable, the community wanted to show their satisfaction by bringing food to the young people working along the roads.

Through two technical studies, 54 km of rural tracks were identified for rehabilitation; at the end of the activities, those rehabilitated were more than 82.