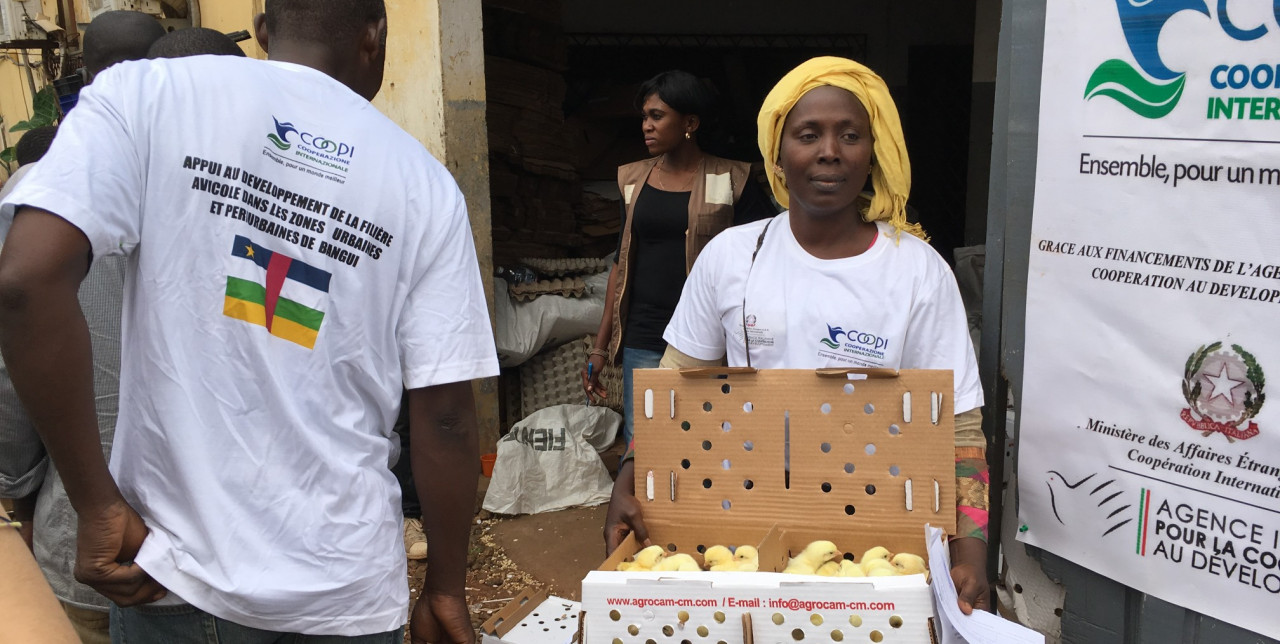 As part of the project "Support to the development of the poultry sector in the urban and peri-urban areas of Bangui" financed by AICS (Italian Agency for Development Cooperation), 6500 chicks and poultry kits were distributed to 130 beneficiary farmers , who thanks to the COOPI project are in the process of relaunching poultry production activities after the Central African crisis started in 2013.

The goal of these donations - which took place during the 24th and 28th of July - is to strengthen food security among 130 families of poultry farmers , so as to increase their livelihood and production and allow a gradual relaunch of their breeding activities in the commercial circuit of Bangui thanks to the capital derived from the sale of chickens.

The distribution of kits - the composition of which was studied by the COOPI team and by the partners and technical protagonists involved - represents the culmination of all the activities carried out so far within the project: the identification of 130 beneficiary poultry breeders, theory- and practice-based training and proximity monitoring. These activities allowed, from April to June, to harmonize the interventions at the production sites and therefore to better prepare the farmers in welcoming the chicks donated, which will be fed with raw materials recovered locally by Central African farmers, processed and packaged in order to produce a balanced food for the needs of the poultry.

On July 24th, the opening distribution ceremony saw the participation of all the project partners and technical protagonists: the National Federation of Central African Breeders (FNEC), the National Breeding Development Agency (ANDE) and the National Association of Central African Groups of Poultry Breeders (ANGAC). The latter were present as national reference actors for the poultry sector and with whom the project is collaborating in order to guarantee proximity support and monitoring at the 130 production sites. Once the ceremony was over, the 130 poultry breeders who benefited from the project received troughs (both for food and water) and animal feeds, which allowed to equip and make all the production sites functional in view of the distribution of chicks of July 28th . Veterinary products for disease control and prevention were also donated with the aim of limiting losses during breeding.

The event was inaugurated with the welcome of COOPI Project Leader Fabio Binotto. He thanked all the farmers for their participation and interest shown in the activities, as well as partners and the statal and parastatal beneficiary structures present (FNEC, ANDE and ANGAC) both for the close cooperation shown throughout the project and for the confidence that Central African breeding structures have shown towards COOPI.

After that, ANDE Director Domitien Gbamangou-Mokondji urged the breeders to increase the production of poultry starting from the endowment of kits and chicks that COOPI has provided. Gbamangou-Mokondji also stressed the importance for each of the 130 breeders to reinvest the capital acquired from the sale of poultry meat to increase production and carry on farming activities.

The distribution ceremony was concluded by ANGAC President Adrien Nzerette-Tombilette. He thanked COOPI and AICS for all the activities carried out and those scheduled, pointing out that the project is making an improvement in the re-organization of ANGAC activities and of the national poultry sector through all the implemented activities. These include the delivery of motor-vehicles , the construction of a breeding station equipped with breeding facilities, a solar electrification system, a well with an electric pump, three restaurants and machinery for incubating and hatching fertilized eggs. Nzerette-Tombilette encouraged the participants to make good use of these resources, committing himself to ensure that the project and all future ones may not only be carried out, but find continuity once in the hands of beneficiaries as well. 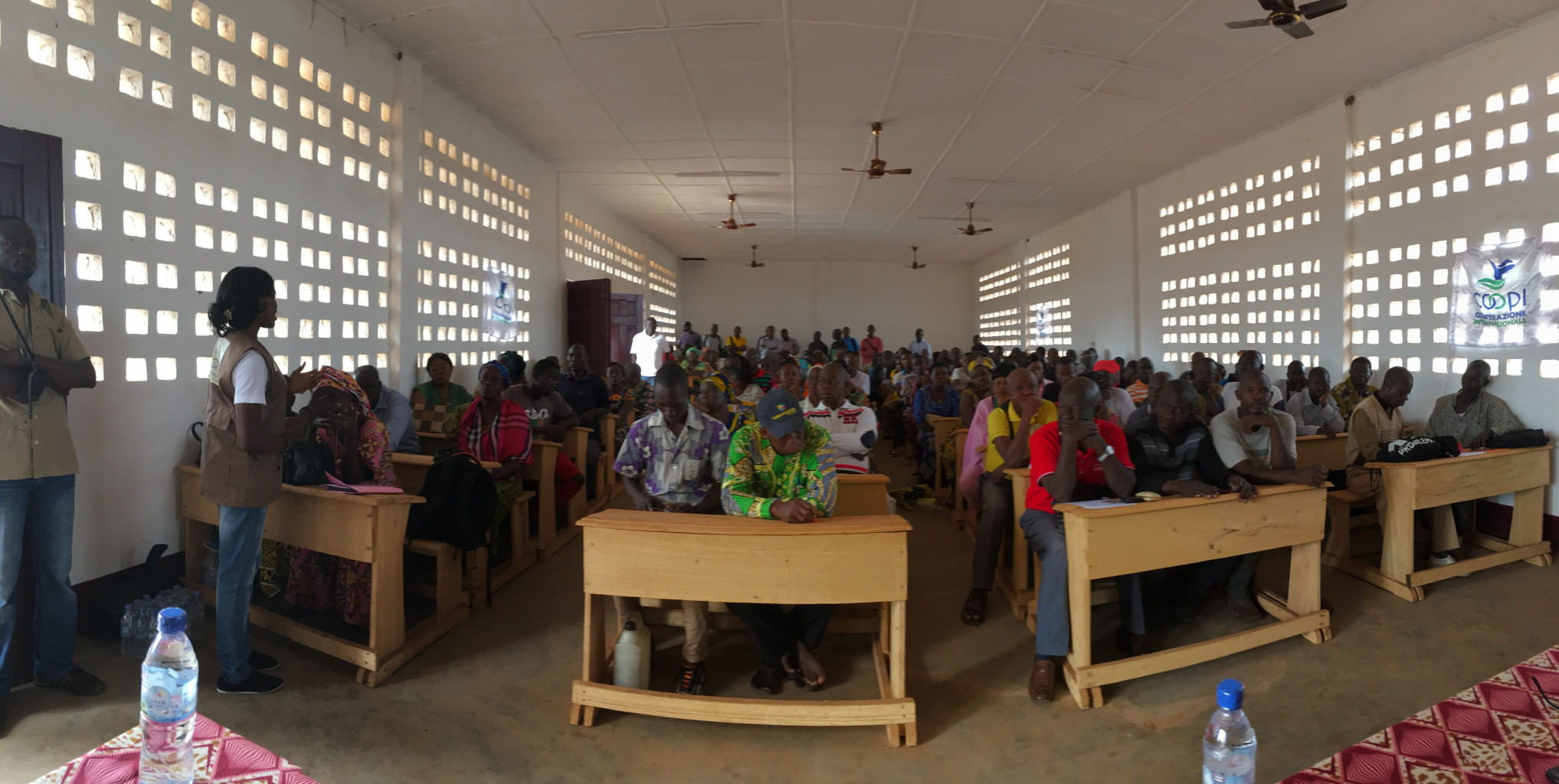