Within the context of the project titled “Support to the development of poultry sector in the urban and peri-urban areas of Bangui” , financed by AICS (the Italian Agency for Development Cooperation), six three-wheeled vans were delivered on May 16th to the National Association of Central African Poultry Farmers Groups at the Ministry of Livestock and Animal Health. The purpose of this donation is to strengthen the poultry sector, with a special focus being put on producers, so as to ensure the transportation and therefore the sale of their meat and egg products in the urban and peri-urban areas of Bangui.

The ceremony was opened with a warm welcoming by ANGAC President, mr. Adrien Nzerette-Tombilette, who not only thanked COOPI and AICS for all the activities carried out and those expected within the project, but also underlined the central importance of the beneficiaries’ “responsibility” in utilizing these logistic tools and also those which will be provided in the upcoming months, i.e. infrastructures and the equipement. After that, COOPI Representative in CAR Alessandro Ponti remembered the effort that the NGO has been putting in the Country for more than 40 years together with the Central African population and, in particular, the enthusiasm put in the implementation of projects alongside very active and collaborative partners. During the closing ceremony the hosting Minister, The Honorable Youssoufa Yèrima Mandjo, thanked once again all those who made the donation possible and committed himself to ensure that this project and future ones will not only be carried out, but will also be carried on by the beneficiaries themselves. 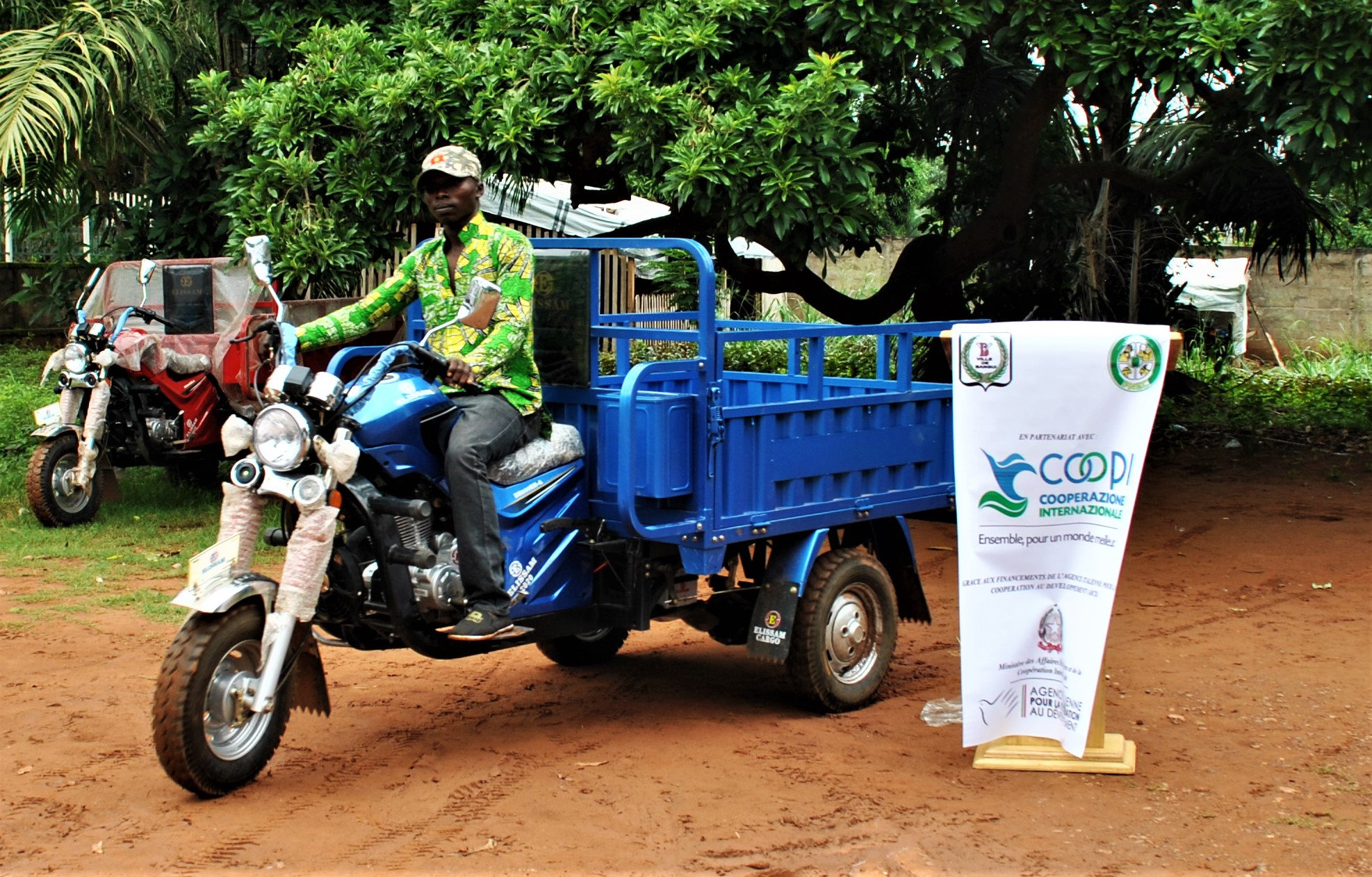 The motor-vehicles were given to ANGAC, considered to be the benchmark for the sector. The gifting ceremony was held at the end of the training cycle by the ANGAC Management Committee (COGES), which will manage the vehicles available. This activity falls under the third project goal (mentioned above), i.e. favouring market access for poultry breeders by building restoration boutiques in Bangui and by providing means of transportation to the breeders themselves. The first project goal is to strengthen producers’ technical skills through specific training sessions. At the same time, 130 poultry breeders and 70 farmers will benefit from a training aimed to improve the management of family budget. Finally, the second project goal is to improve breeders’ access to means of production through the setting up of a poultry mating system and the development of synergies between farmers and breeders for the supply of animal feed.