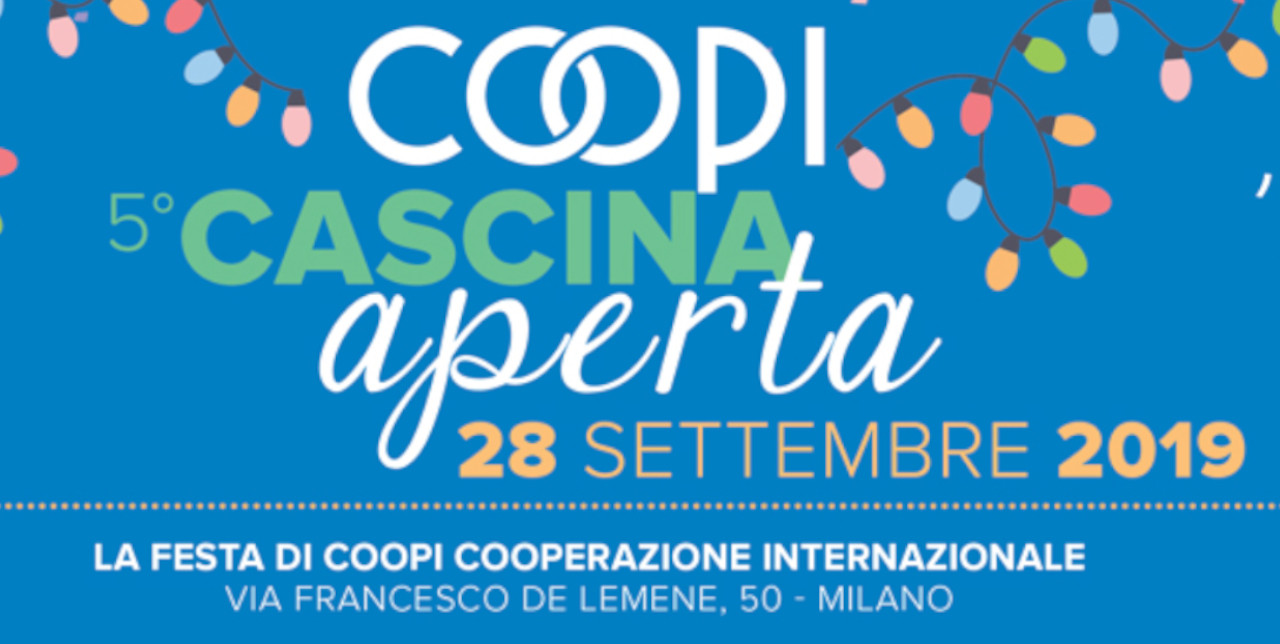 From 4 p.m. to 11 p.m., COOPI will welcome you in its historic location, Cascina Boldinasco, situated in via Francesco de Lemene 50 (Milan). The colourful garden of COOPI headquarters will host workshops for children, charity massages, debates, dinner and music under the stars.

Celebrations start at 5 p.m. with greetings from Claudio Ceravolo, COOPI President and Simone Zambelli, local administrator and president of the City Hall 8 in Milan.

At 5.30 p.m., Ennio Miccoli, COOPI Director, will present the new Annual Report, together with journalist Antonella Tagliabue. At 5.50 p.m., film-maker Angelo Loy, COOPI Head of Mission in Chad, Filomena Giovinazzo and COOPI Head of Mission in Paraguay, Raoul Polato, will discuss "Climate change, humanitarian crises and migration". At 6.50 p.m., screening of the documentary "Tropic of Chaos" by Loy, produced by RAI – the Italian national public broadcasting company - in collaboration with COOPI.

At 8 p.m., "Dinner and Jazz under the stars" – candlelight dinner and music played by "Onda Brazileira".

Charity handcrafts and massages will also take place during the event, in collaboration with volunteers of COOPI Brescia. Creative, cooking and make-up workshop will be organised for children instead.

On the occasion of Milan Green Week 2019, which includes "Cascina aperta" event, environment will take the stage. With the debate "Climate change, humanitarian crises and migration", COOPI will bear witness of two emblematic areas of the world that are disappearing and of which little is known – Gran Chaco, the second biggest rainforest of Latin America and Lake Chad, an ecosystem on which millions of people rely on and whose water capacity has been reduced by 90%.

With the screening of "Tropic of Chaos", by film-maker Angelo Loy, we will listen to the stories of those who witness the Lake Chad Basin drying up and their cultural heritage disappearing, all the while fighting and resisting violence perpetrated by terrorist group Boko Haram and other conflicts generated due to scarcity of resources.

COOPI Cascina Aperta will end with "Dinner & Jazz under the stars". The funds raised during the event will be used to ensure the education of children in war zones. Seats are limited; confirmation is welcome by September 25 at amici@coopi.org or by calling 02.3085057.