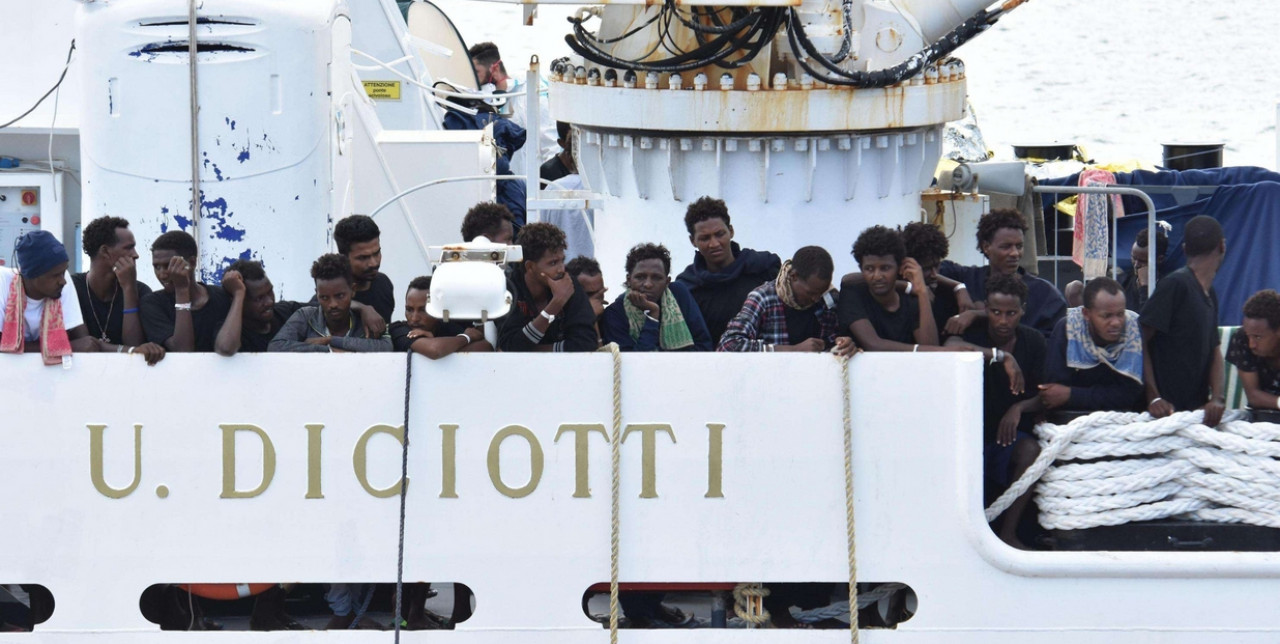 Civil society organisations involved in reception, integration and international cooperation have already expressed their indignation at the serious events involving the Diciotti ship.

Several humanitarian workers, representatives of institutions and political parties were able to ascertain the very difficult social and health conditions of the people on board, some of whom bear signs of the violence suffered in Libya. No political calculation can be made on the skin of human beings. This basic humanitarian consideration is the main reason for our total aversion to the decisions taken by the Italian Government in this and similar circumstances.

The Minister of the Interior has declared that "on the Diciotti there are all illegal immigrants". This is false. There are 150 people, males and females mostly from Eritrea, who have the right, on the basis of international conventions and Article 10 of the Italian Constitution, to apply for political asylum. Moreover, these are people who are already on Italian territory and preventing them from disembarking on land is de facto tantamount to seizing them.

It is clear to everyone that the action of the Italian Government is weakening European cohesion and isolating our country from the EU. The European reaction to the Italian Government is not surprising, particularly when it is stated that the threats to withdraw contributions to the Union are simply inadmissible. We have always advocated the need for greater political integration of the EU, not just on the subject of migration. It is therefore incomprehensible and unacceptable that the government refused less than three months ago to consider the proposal for a revision of the Dublin Regulation adopted by the European Parliament. Italy could have put forward its reasons for further improving the proposed revision. The road was open but it was closed.

There is another point to make. As has already been pointed out, there are mainly Eritrean citizens on board the Diciotti. Ethiopia' recent acceptance of the peace agreements with Eritrea finally deprives the Asmara Government of any excuse for not initiating the necessary democratic reforms in the country, starting with the abolition of permanent compulsory military service. Italy has a historical relationship with Eritrea. It is indecent that the last page of this story has the suffering faces of human beings seized on a ship in one of our seaports. It is quite a different matter, with the instruments of diplomatic action and international cooperation, what Italy could and should do, exerting positive pressure on the Eritrean government, intercepting the new opportunities for dialogue open with peace between the two countries of the Horn of Africa, working to ensure that Eritrea finally becomes a country in which one can live, study, work, in which rights are recognised and guaranteed for too long.

Our history is asking for it, the Eritrean diaspora in our country is asking for it, as are unaccompanied minors, women and young people, who are fleeing that country. But so do the many Italians who are anxiously watching what is happening these days and who have never ceased to express their fraternal solidarity to the migrants kidnapped on the ship Diciotti.