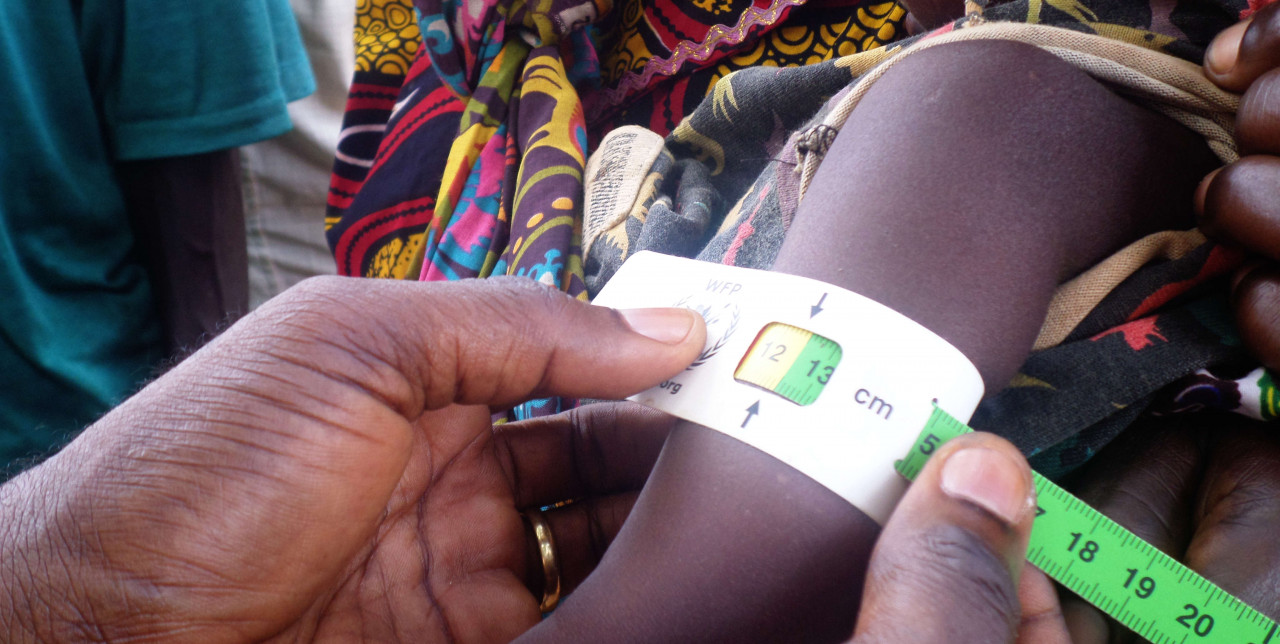 Fimi* is an 11-year-old girl with a difficult past. She has long been the victim of domestic violence by a family member in the village of Kapumbu Ntambwe, Kazumba territory, in central Kasai.The violence caused serious sexually transmitted infections, resulting in an abscess leading to severe acute malnutrition and medical complications.

Fimi was admitted to COOPI's Intensive Care Nutritional Unit (UNTI) at Ndekesha Hospital on 31 August. She was in a comatose state. Since then, she has been exclusively force-fed through a nasogastric tube. Fimi's coma prompted her aunt, desperate for her granddaughter's survival, to place Fimi in the hands of COOPI staff and hospital nurses alone.

From that moment on, the girl's conditions began to improve, slowly but steadily. On October 19th, after a complete check-up, Fimi was admitted to the Ambulatory Nutritional Therapeutic Unit (UNTA), where the family reintegration phase began.

On November 6, Fimi left UNTA to go back to her community. Her return was welcomed warmly by all the villagers of Kapumbu Ntambwe, who congratulated the COOPI nutrition team in Ndekesha for their courage and for saving her life.

While the perpetrator of the violence was incarcerated in the meantime, the final phase of Fimi's family reintegration was successfully completed under the leadership of the COOPI team. Fimi seems completely different child now: her smile puts everyone around her in a good mood.

Bawaka* is an 11 year old boy from the village Ndumbu, located in the territory of Kazumba in Kasai-Central. He was admitted on 24 September 2018 to the COOPI UNTI, in the Ndekesha Hospital, for severe acute malnutrition with medical complications, due to which Bawaka was no longer able to walk.

The continuous stimulation of motility (i.e. simulation of feet movement) carried out at the UNTI/Ndekesha playground by the COOPI nutrition team gradually brought the child back to walking.

On October 31, 2018, Bawaka was transferred to the UNTA COOPI/Mombela Medical Center, near his village, for a medical check-up. Not only is Bawaka now walking, but he is even back playing soccer!

Fimi and Bawaka are two beneficiaries of the project of "Support for the management and prevention of severe acute malnutrition in health zones affected by the humanitarian crisis in the Luambo and Ndekesha Health Zones in Kasai Central”, funded by UNICEF.

*Their names were replaced with fictional ones to protect their identities.