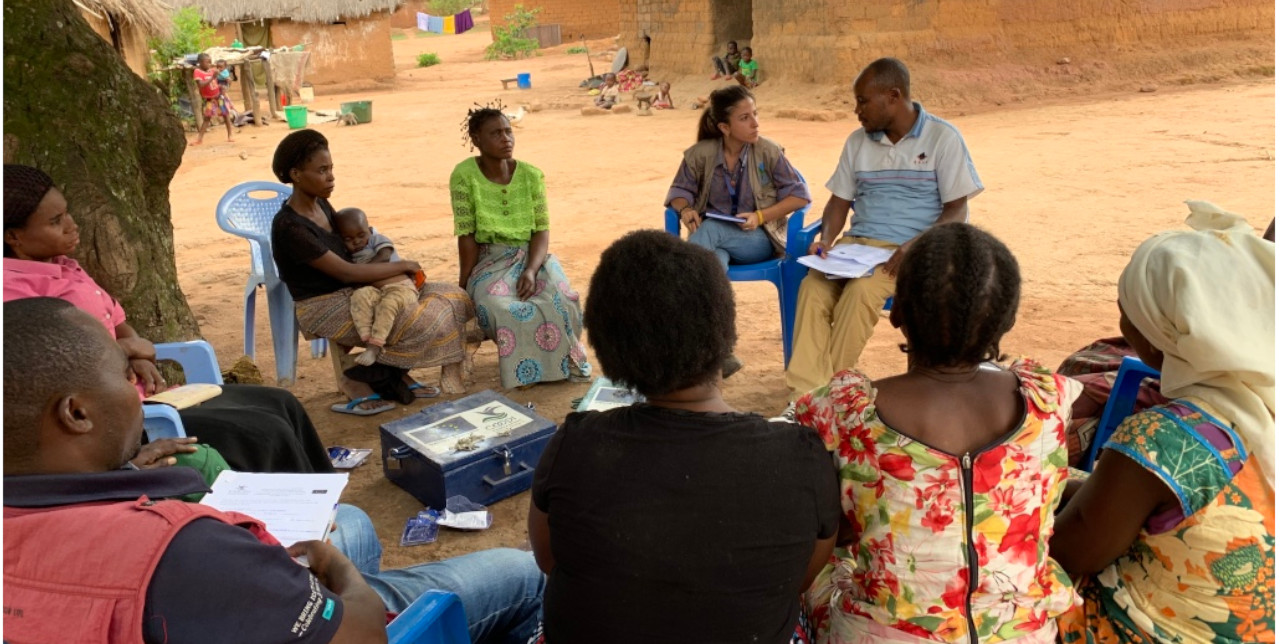 20 savings and credit groups (Association Villegeiose d'épargne et de crédit, AVEC), set up by COOPI with the support of the European Union, as part of the project "Food security and nutrition for the population living near the Upemba National Park (PNU) in the territories of Mitwaba and Malemba N'Kulu", are having a remarkable impact.

They were created to provide alternative livelihoods to the pressure put on Upemba National Park’s natural resources -  the AVEC groups became an opportunity to encourage team spirit,  to facilitate complementarity between economic initiatives and enhance the social role of women within their community.

The AVEC groups are community savings and credit groups, made of about 15-20 members who commit themselves to accumulate savings week by week in a common bank, according to what is agreed in the regulations and internal registers. AVEC members can then withdraw money from the common bank, by asking for a loan to be repaid later with a minimum interest rate.

Thanks to the loan, AVEC members can build a house, buy kitchen utensils, or even start income-generating activities, such as the multiplication of agricultural seeds, the construction of sales areas for the marketing of agricultural products or goats and sheep’s breeding.

Women outnumber men in the AVEC groups – their presence makes it possible for them to enhance their decision-making skills and strengthen their role in the community. As Vincenzo Altomare, COOPI Project Leader in Upemba, says, "AVEC groups are an effective way for ensuring sustainable economic growth and strengthening food security in villages, and they also have a surprising social impact – they both promote women’s empowerment and encourage individuals who previously preferred working independently to start making their business complementary to other income generating activities, thus consolidating team spirit and solidarity within the community.”

Several armed conflicts in the territories of Mitwaba and Malemba N'Kulu, in the Democratic Republic of Congo, destroyed the socio-economic fabric of the communities and weakened their livelihoods. To date, by strengthening economic stability,  food security and social fabric, communities in Mitwaba and Malemba N'Kulu have significantly reduced the pressure on the Upemba National Park, as stated by the ICCN (Institut Congolais pour la Conservation de la Nature) rangers.

The project is therefore proving to be successful thus confirming how the transversal approach adopted in the project "Food security and nutrition for the population living near the Upemba National Park (PNU) in the territories of Mitwaba and Malemba N'Kulu" fit the purpose, also inspired by the Sustainable Development Goals - combining food security OSS 2, sustainable economic growth OSS 8, reduction of inequalities OSS10 and sustainable use of the terrestrial ecosystem -OSS 15.