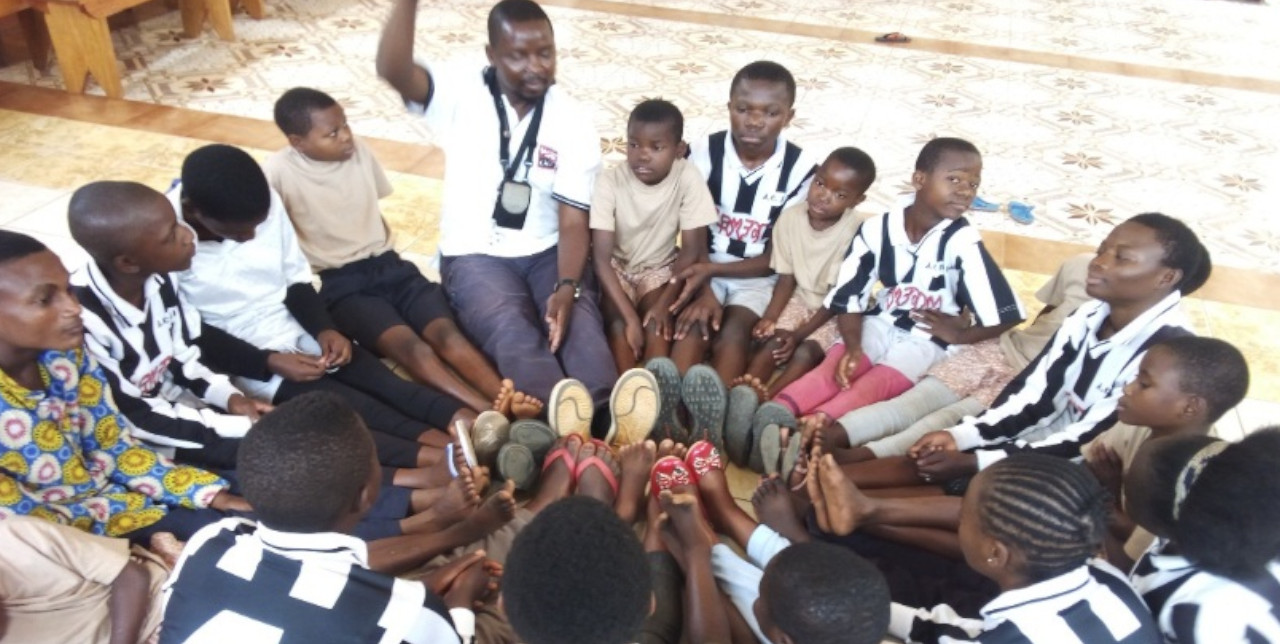 The peaceful resolution of conflicts has never been tackled in schools in Upper Katanga where, since 2013, there have been clashes between the pygmy Twa and the Luba group of Bantu, to claim the right to land and resources.

In Pweto, specifically, more than 30% of the militias are made up of boys and girls – however, despite some of them reunited with their families, several cases of forced marriages, psychological and sexual violence have been reported.

This makes all the more imperative for us to promote peace education, so that dialogue, mediation and trust-building activities between communities affected by the conflict between Twa and Luba can be facilitated.

Since the beginning of the project in 2018, entitled "Multisectoral emergency support for the child protection during armed conflicts in Pweto territory, Upper Katanga province", funded by the United Nations Common Humanitarian Fund, we are contributing to support 56,831 vulnerable children.

Since then, we have carried out 20 awareness campaigns atcommunity level, during which about 5,687 children and adolescents have been sensitized on peaceful resolution of conflicts, by performing sports and socio-cultural activities.

Group games have successfully reduced school dropout - according to teachers and headmasters, students often took advantage of recess to get away from school. After children have been involved in group activities by COOPI animators, this habit disappeared.

Games have been organized respecting gender issues and have contributed to strengthen the psycho-social support of the children - the playful approach has allowed students to make their needs heard and feel directly involved in the activities.

In this respect, children themselves chose the games that best suited their needs - 6,635 people, including 491 adults, 3,634 boys and 2,510 girls took part in football and volleyball matches, speed and long jump competitions, which made it possible to strengthen social cohesion and respect their rights.

Education is a powerful antidote to war – this is why we are committed to increase school attendance and reduce school dropout, also by distributing 3,889 school kits. In Kapoposhi, for example, since the kits have been distributed, the number of students has increased from 374 to 460.

The clashes in Upper Katanga have their roots in the last century and have worsened due to the process of marginalisation of indigenous groups, the Pygmies, of which the Twa are one of the most important. The Twas, who were nomads and dedicated to hunting and gathering, began to clash with Bantu tribes, including the group of Luba, who were sedentary and dedicated to agriculture.

Over the years, Pygmies have been progressively relegated to the most remote forest areas, while Bantus took control over the lands, thus excluding Twas while forming governments.

Discriminations against Twas eventually culminated in violence between the two groups that began in 2013 and which, at the end of 2017, had caused the displacement of about 650,000 people.