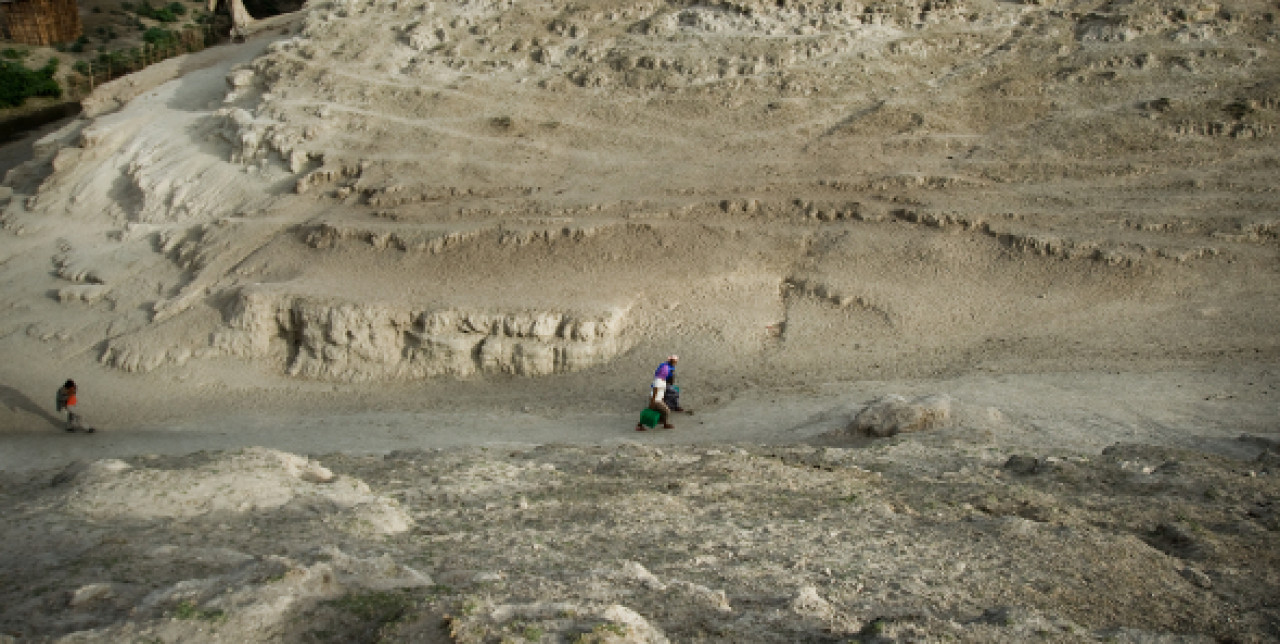 THE PERIODIC CLIMATE PHENOMENON OF EL NINO AFFECTS THE CLIMATE OF THE ENTIRE PLANET, CAUSING FLOODING IN SOME AREAS AND SEVERE DROUGHT IN OTHERS. IN 2015, ITS EFFECTS WERE DISRUPTIVE, ESPECIALLY IN SOUTH AMERICA AND AFRICA.

In Ethiopia, Karma is the last rainy season, it runs from June to September and is a source of life. This year, however, began with a great deal of delay and was very weak. We have gone from 20/60 days of rain to only 2/5 days, very little for pastoral communities, whose survival is linked to the breeding both as a source of income and food. These are the consequences of El Niño, the climatic phenomenon that is causing worldwide flooding in some countries and drought in others, affecting millions of vulnerable people who see their situation of food insecurity and poverty increase.

Today, 50% of the Ethiopian population is experiencing an emergency that affects both water and food. Agricultural production has collapsed and thousands of head of cattle have died. Food supplies are also depleted, the price of food is skyrocketing and families are forced to sell at least one animal a week to meet urgent needs, triggering a vicious cycle that further worsens their condition. Entire communities are moving in search of water: they leave their villages to flow into those with a water system that is still poorly functioning.

Despite the fact that the Ethiopian government has mobilized to avoid a famine such as that of the 1980s, the unmet needs remain many, and the intervention of the international community is not only necessary but is more than desired by the government itself.

COOPI has been taking urgent action since last November to bring water to 9,400 people in the Afar region. Our actions are divided into three levels: rehabilitating existing water systems in 5 communities to expand them and make them more efficient; building pipelines to bring water to surrounding villages, especially near schools and health centers; conducting awareness meetings and training on the proper use of natural resources and water and on how to reduce the risk of disasters.

El Niño is also making itself felt in neighbouring Sudan, in North Darfur. The complex and protracted crisis situation caused by the high number of returnees and displaced persons and by conflicts over the use of land and natural resources has worsened due to the climatic conditions that are depleting water sources. Here, COOPI is carrying out a project to provide basic life-saving services and improve the resilience of agro-pastoral populations. Among the actions we are carrying out, the rehabilitation of 11 water supply systems for drinking water, the feeding of exhausted livestock, vaccination campaigns for animals weakened by the lack of pastures and water.

But it is not only in Africa that we are facing the consequences of El Niño. We are also operating in Somalia, Peru, Paraguay and Guatemala. Our commitment will have to be maintained in the coming months, because the emergency will continue and our aim is to respond to crises and strengthen local capacities so that they can cope with future risks.