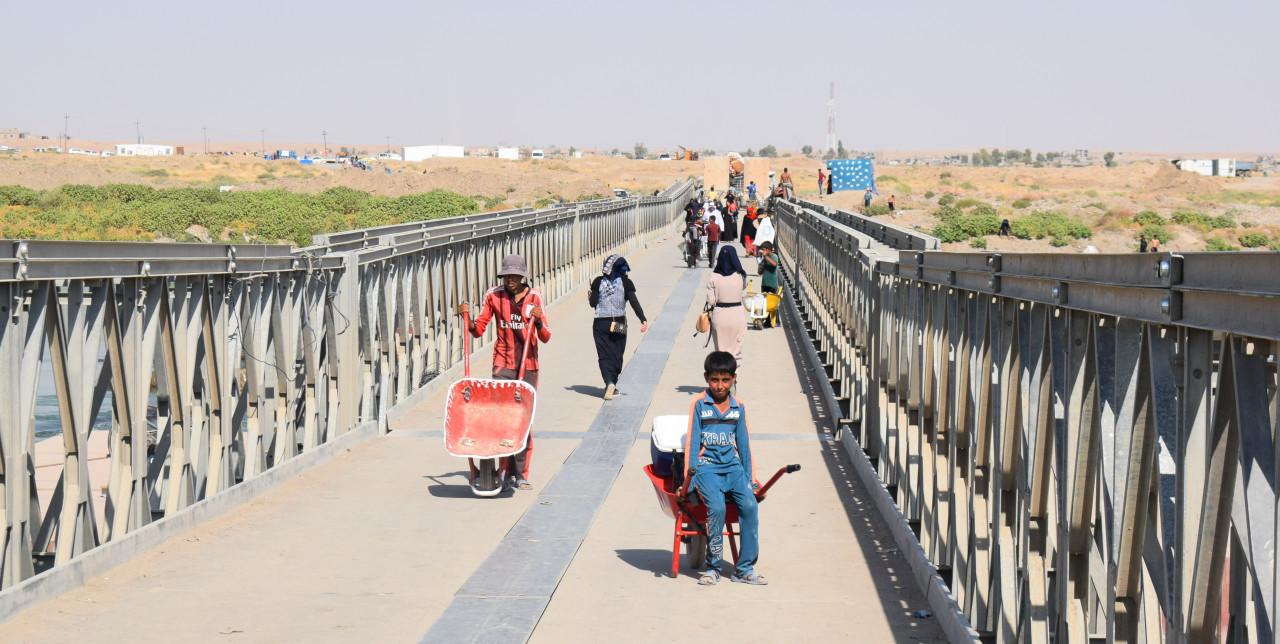 A bridge of hope for 1200 children

In Iraq, on the western side of Tigris river, within the Mosul district at the border between Iraqi kurdistan region and the centre-southern arabic regions, there is the city of Al-Qayyara. There, we are working on the construction of four emergency schools, two for boys and two for girls.

Thanks to the Italian Agency for Development Cooperation (AICS) and private donations, 1200 students will be able to go to school and to get back to a normal routine.

Emergency education is not only about teaching how to read, write and to do sums. It also means giving psychological and emotional stability to children, enable them to recognize landmines, ensuring access to drinkable water and a healthy, safe environment. It includes creating a social fabric and community sense of belonging in a place that most of the refugees and dispiace persons consider temporary and not worthy of personal investment.

Marco Loiodice, COOPI program manager for the Middle East and Simone Durante, phographer, back from their latest mission in Iraq, reported us at Cascina Aperta (23 September) what they have seen.

Marco: «The effects of the conflict are devastating and immediately visible. Ruins everywhere, lands covered with oil, remains of car bombs, orphans and street children living in terrible hygienic conditions. Our staff is working through logistic problems. Just think that in order to reach Al-Qayyarah we need to walk over the only standing bridge and to park our cars before going beyond the border between the Kurdish region and the centre-southern Iraq. Every time we need to cross the bridge, we must ask for a double permission: to the Iraqi central government on the way to go, and to the Kurdish autorities on the way back».

The situation is getting worse in the last days, after the referendum, which took place last Monday 25th September, where 92,7% of Kurds voted to be independent from Iraq. The Bagdadi government saw it as an autrage and reacted by warning that land and air borders of Iraqi Kurdistan region might be closed down.

Our work might be slowed, but our hope and determination to reconstruct are stronger.

Simone told us about a Syrian family, composed by eight people, which travelled united on foot from Aleppo to Erbil. «They used to have a house, a car, and they lost everything. I would have been angry for less. On the contrary, they welcomed me very warmly; they wanted to tell me their story, to offer coffee, invit me for lunch and share the little they had. I can't believe that, despite the drama, someone can not be upset and keep a positive attitude towards the future».