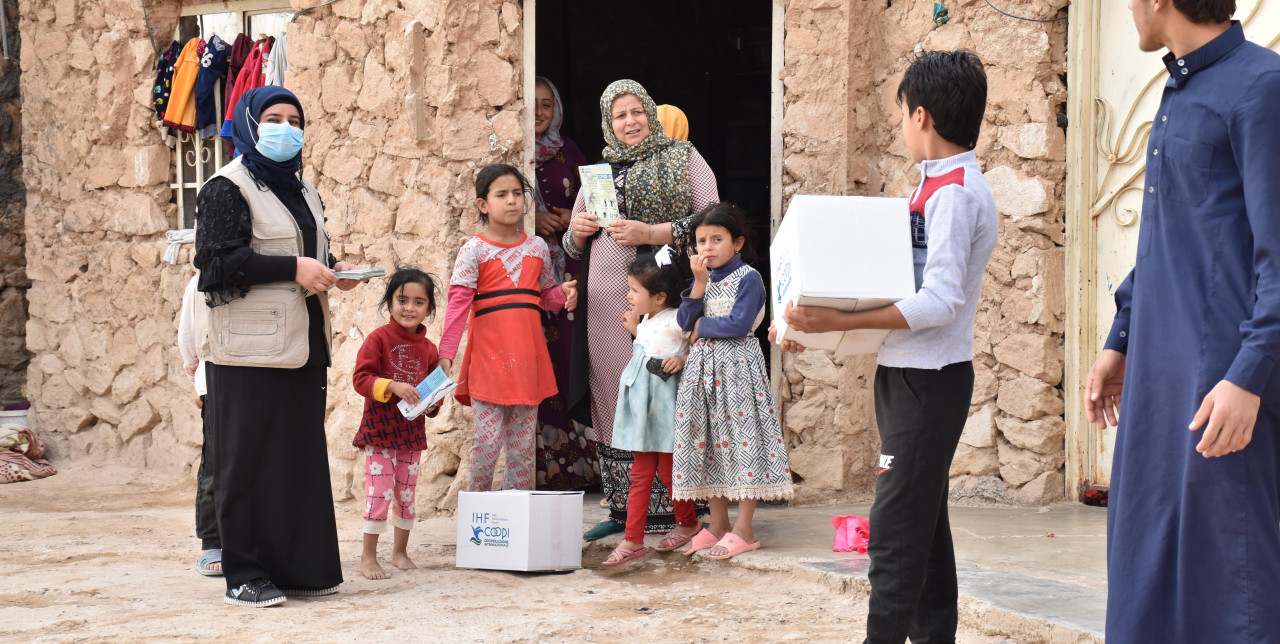 Iraq. Hilwa and her child now have access to proper sanitation facilities

Hilwa is a 19-year-old widow living in the informal settlement of Eitha, Iraq, with her 2-year-old son. Hilwa is one of the beneficiaries of the program "Providing Essential Humanitarian Services through a Coordinated Approach for Displaced People Facing the Consequences of Camp Closure and Consolidation in Iraq" funded by the European Union Civil Protection and Humanitarian Aid Operations (ECHO) and implemented by COOPI-Cooperazione Internazionale.

This young Iraqi girl was only 15 years old when the war came to her village, bringing death and destruction due to tribal feuds. It was summer, shortly after her wedding. She and her husband saved themselves, fleeing the area first to Mosul, and then to the Jeddah camp. This is how Hilwa's displaced life begins.

"After about two years spent in the camp, the Iraqi government decided that the entire displaced population would have to return to their home area. The camp close, and my husband and I decided to return home hoping to deliver the baby I was expecting there. But once we arrived we found our house destroyed. The security forces said that that house was on the outskirts of the village, near an open area where ISIS members may return, so there was no way we could return to live there."

On the way back Hilwa’s husband was killed by ISIS combatants and she narrowly escaped death. After moving to another camp that was still open, Hilwa and other displaced persons were again invited by the government to return to their home areas but "I had nothing and no one in my home area", she confides.

With many women who were widows like herself, she settled in a tent in Eitha, an informal settlement near Al-Shirqat. Here COOPI has been supporting vulnerable families since early 2020 by providing emergency sanitation and health services as well as economic assistance. In particular, thanks to COOPI’s Cash for Work program, 165 women and men, including 117 women headed households even found some income generation opportunities by collecting waste in the settlement area.

Hilwa could not join them for work: her little son is ill, born in extreme conditions, and she is the only one to look after him. Thanks to COOPI, she received a water storage tank with cleaning and disinfection materials, a latrine, a shower, and a hygiene kit designed for the needs of young children.

“I feel very happy and anxious at the same time: Anxious as many other people thinking of their future in case COOPI will not be able to support them anymore, when they are in dire need of water, settled showers and latrines, and many other things”.