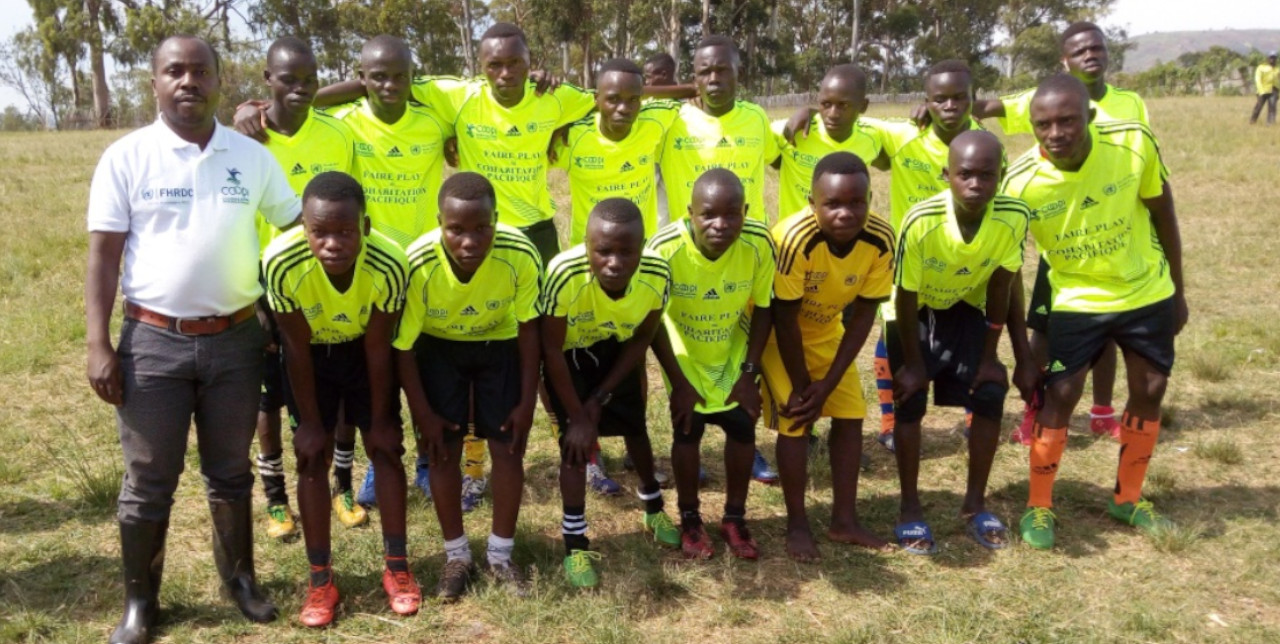 Last month, we organised a football tournament between the students of the Umuja and Fataki institutes took place in Fataki, in the northeast part of the Democratic Republic of Congo.

Although it may seem a tournament like many others, it was an unprecedented event, where members from the Hema and Lendu communities gathered together and played. At the end of 2017, hostilities between these two ethnic groups resumed in the Ituri region, thus causing the displacement of some 280,000 people and exposing them to violence, food insecurity and poor hygiene.

In July 2018, we launched the "Emergency multisectoral response in nutrition, health and protection to populations affected by the humanitarian crisis in Djugu territory, Ituri province", funded by the Humanitarian Fund, to tackle this emergency.

Protection was one of the main areas of intervention, which included, among other things, awareness sessions focused on the peaceful resolution of conflicts.

And what better way to convey this message, especially to young people, than organising a football match?

The tournament was played in Fataki, to ensure the protection of the students, and was also highly appreciated by the teachers. "Fair Play = Peaceful Coexistence" was the leitmotif of the match: before it started, COOPI operators highlighted the importance of strengthening community cohesion. A useful way to train the younger generations on how to live peacefully with one another.

As Rosine Quattara, COOPI project leader, points out: “Our emergency multisectoral response project has now come to an end. Throughout this year, we managed to train 57,076 people, including 30,084 women, accounting for 95% of the most vulnerable beneficiaries, on human rights, conflict management and peaceful coexistence. In addition, 2,081 cases of human rights violations have been reported and dealt with by local social services, including sexual and gender-based violence (1,955 cases), protection and inter-community conflicts (126 cases)".

COOPI has been in Ituri since 2000, where we continue to carry out emergency and development projects in the food security, health and protection sectors.