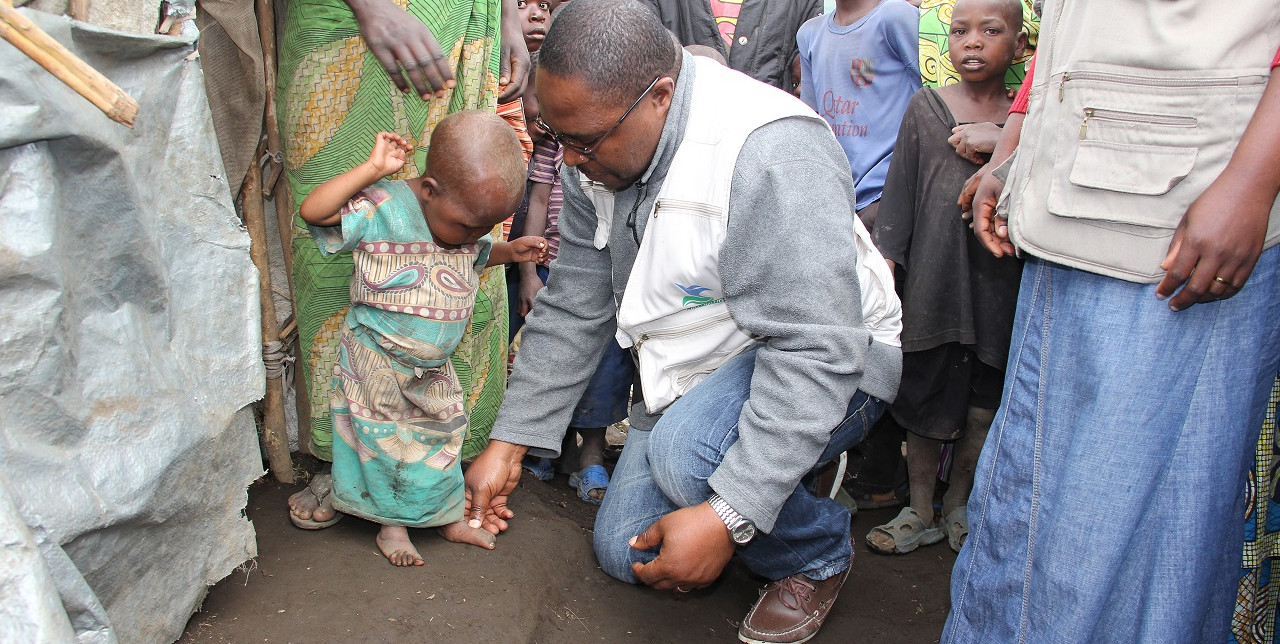 In the province of Kwango, in the Democratic Republic of Congo, COOPI has established a systematic network of referrals that allowed to take care of 10,431 children suffering from malnutrition, of whom 5,461 are girls.

The system, introduced both at community and institutional level, has made it possible to quickly identify cases of malnutrition. It also aims to bring into structured and permanent communication with one another Stabilisation Centres (SC) and Outpatient Therapeutic Programme (OTP) centres, even if they are away from one another. SC and OTP centres are respectively specialized in taking care of the most serious cases of malnutrition on the one hand, and in the rehabilitation of young patients and awareness raising of mothers on Breastfeeding and Complementary Feeding Practices on the other.

The community network involves voluntary agents, RECO (relais communautaires), who are trained to recognize cases of malnutrition. The RECOs go from village to village to check the nutritional status of children, by using MUAC tapes and detecting possible oedemas through palpation - the most serious cases are then immediately transferred to the nearest UNTI unit.

This system has made it possible, for example, to save 4-years-old Saya*, who lives with her parents 118 km away from the nearest SC centre, which is in Kenge.

When Saya arrived at the medical centre, her mid-upper arm circumference measured only 9 cm, well below the 13cm-limit, which usually indicates severe acute malnutrition. The little girl also suffered from various generalized oedema all over her body.

Given her serious medical needs, Saya was treated by a team of doctors for 14 days. Once she started feeling better, Saya was transferred to the OTP centre in Musangu Tsay, her village of origin. Here, thanks to the support of COOPI staff, she continued her rehabilitation therapy, until she completely recovered and her oedema disappeared.

"My daughter was sick for 5 months. Now she smiles again," says her father, who was moved to tears.

Like Saya, 260,000 cases of malnourished children have been recorded since March 2019, in the provinces of Kasai, Kwilu and Kwango, in the Democratic Republic of Congo.

Since April, COOPI has been responding to this emergency together with Unicef, implementing the project entitled "Management and prevention of severe acute malnutrition in 3 ZS (Kenge, Popokabaka, Kitenda) in crisis/nutritional alert, Kwango Province", which took charge of 3,994 boys and 3,838 girls - aged between 6 and 59 months – suffering from malnutrition, by supporting them with adequate health care.

*Not her real name to protect the child’s identity