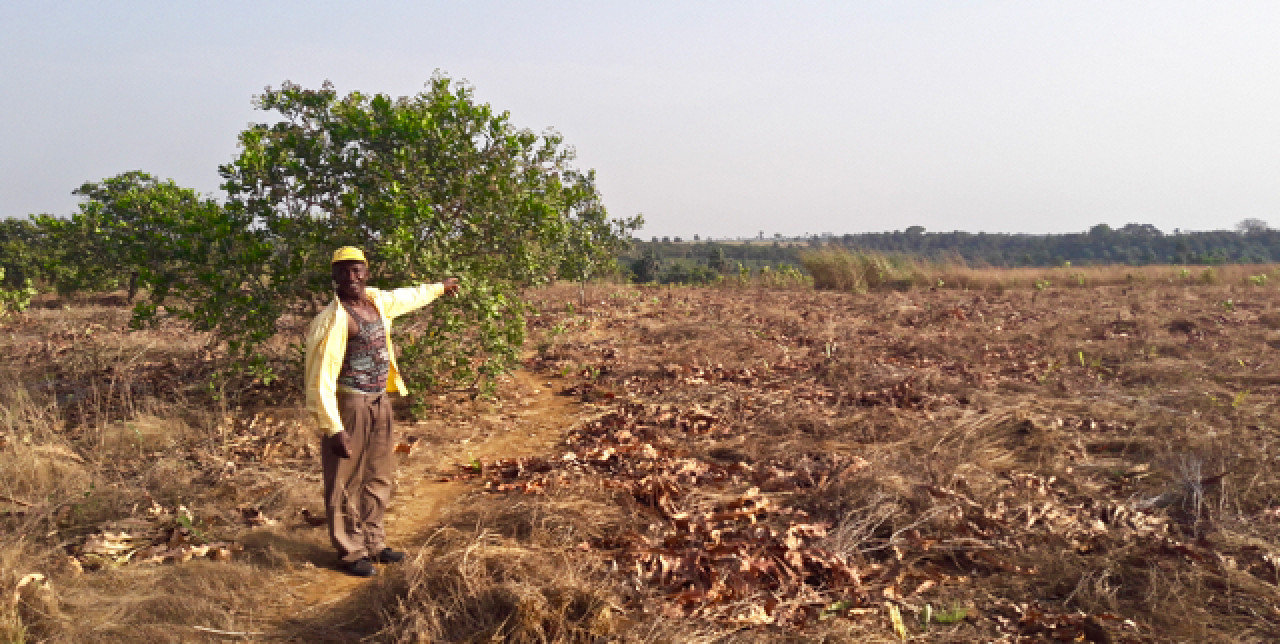 The Cashew Farmers Association from Port-Loko held its 1st Assembly of Cashew Farmers at the Ministry of Agriculture Forestry and Food Security’s branch in the Port Loko district. The aim is to gather all stakeholders involved in the cashew value chain in the region in order to debate and highlight the role of cashew farming in Sierra Leone.

The Cashew Farmers Association of Port-Loko is operative around the Cashew Processing Unit (CPU) which was established by the no profit organization  COOPI – Cooperazione Internazionale in 2016 under the program Agriculture for Development (A4D) funded by European Union. Along the A4D program, COOPI established other four CPUs in the district of Bombali and Kambia. Since 2017, the European Union funded ProAct, a new four years program that aims to enhance food security in Sierra Leone to strengthen cash crops value chains. Under the operative framework of ProAct the German non-governmental organization Welthungerhilfe is supporting the cocoa and coffee sector in the eastern districts of Kenema, Kono and Kailahun, while COOPI is operating in the cashew value chain in the northern districts of Port-Loko, Bombali and Kambia.

Giving the keynote address, the district Agricultural Officer of Port Loko District, Charles A. Bangura, making a statement on behalf of the Minister of Agriculture, Prof. Monti Jones, said one of the minister’s priority is to give support to young and dynamic grass root farmers including women who are ready to invest their life in agriculture. Furthermore, he intimated that cashew nuts have potential to become the third most important agricultural crop in Sierra Leone. In line with this, he commended all stakeholders involved in the cashew value chain, including COOPI and the EU for enduring their support to the cashew nut sector.

COOPI Project Manager, Giacomo Mencari considered the assembly as an initiative that consolidate farmers’ action and complement COOPI’s works that aims to build farmers’ capacity in order to promote and strengthen cashew farming. He disclosed that COOPI is currently aiming to introduce best practices in cashew farming while improving processing and marketing in the target districts with the primary goal to ensure quantity and quality of cashews nut production in Sierra Leone. In his welcome address, Paramount Chief Alikali MellaII emphasized that partners’ stakeholders should endure to empower farmers in the Porto Loko district in order to strengthen the Agriculture sector as the back bone of the nation. He wholeheartedly expressed his profound gratitude to cashew farmers for the laurels in ensuring that cashew nut is becoming the fastest growing cash crop in Porto Loko district . PC MellaI elucidated that there is high rate of unemployment among energetic youths which he emphatically said would reduce drastically by involving them in agriculture and in cashew farming in particular. He appealed to development partners including COOPI to give technical training and give advice to local farmers whenever the need arises.

One of the cashew nut farmers, Aminata M.S Kamara, considered the assembly of farmers as a laudable venture that serves to highlight the role of cashew farming in Sierra Leone. She reaffirmed her profound commitment to cultivate cashew nut and therefore encouraged other farmers to incorporate the cultivation of cashew nut in their various farm lands. She noted that the cultivation of the cashew nut is an added value towards the President’s agenda for prosperity. She commended development partners including COOPI and the EU for their support to the sector which she considered as “motivation for farmers to move from subsistence farming to consistence farming”, she posited. The maiden event was climaxed with donation given by various stakeholders, followed by marvellous exhibitions of cashew products.