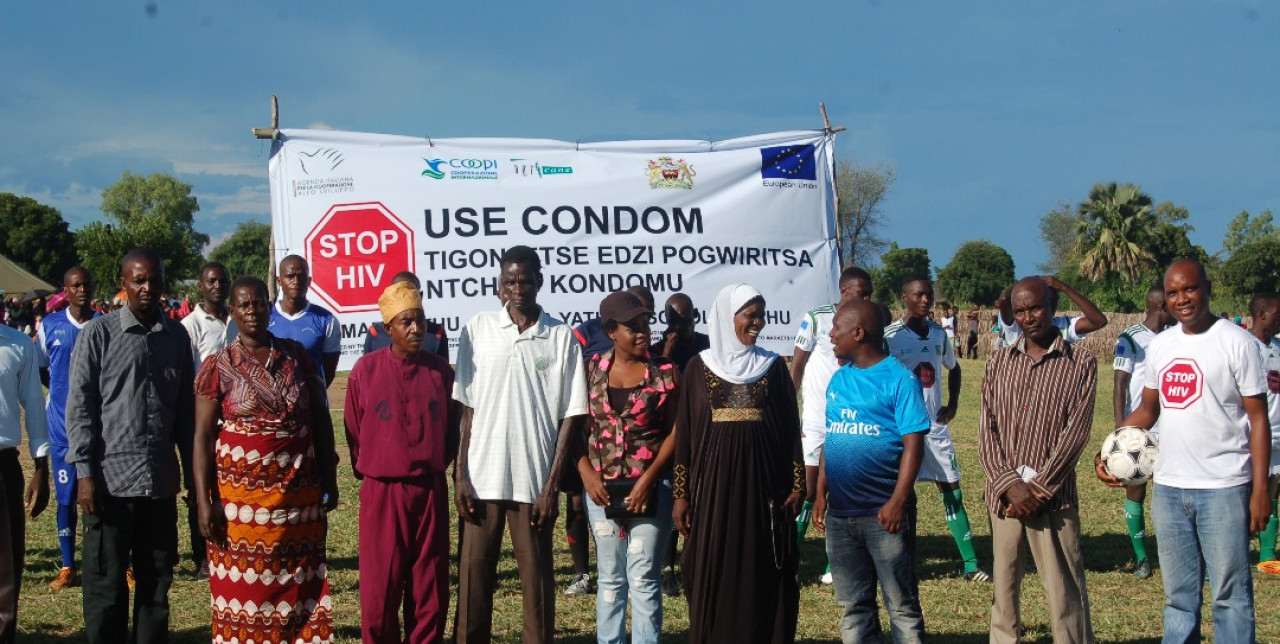 Throngs of people arrived from various corners of the shores of Lake Malawi in the area of the Traditional Authority (TA) Kuluunda in Salima district on Sunday 25 March 2018 at the Mtimasonjo ground at Kachulu Village, where they watched an amazing football match and received messages about HIV and AIDS.

The awareness event was conducted by COOPI and financed by the Italian Agency for Development Cooperation (AICS) under the project titled “Increasing resilience in vulnerable communities in Salima and Mangochi Districts” .

The main crowd-pulling activity during the event was a football match, which was played between the Malawi Armed Forces College (Mafco) FC and the Salima Select FC, the latter being a team of players pulled from various football teams in Salima District. 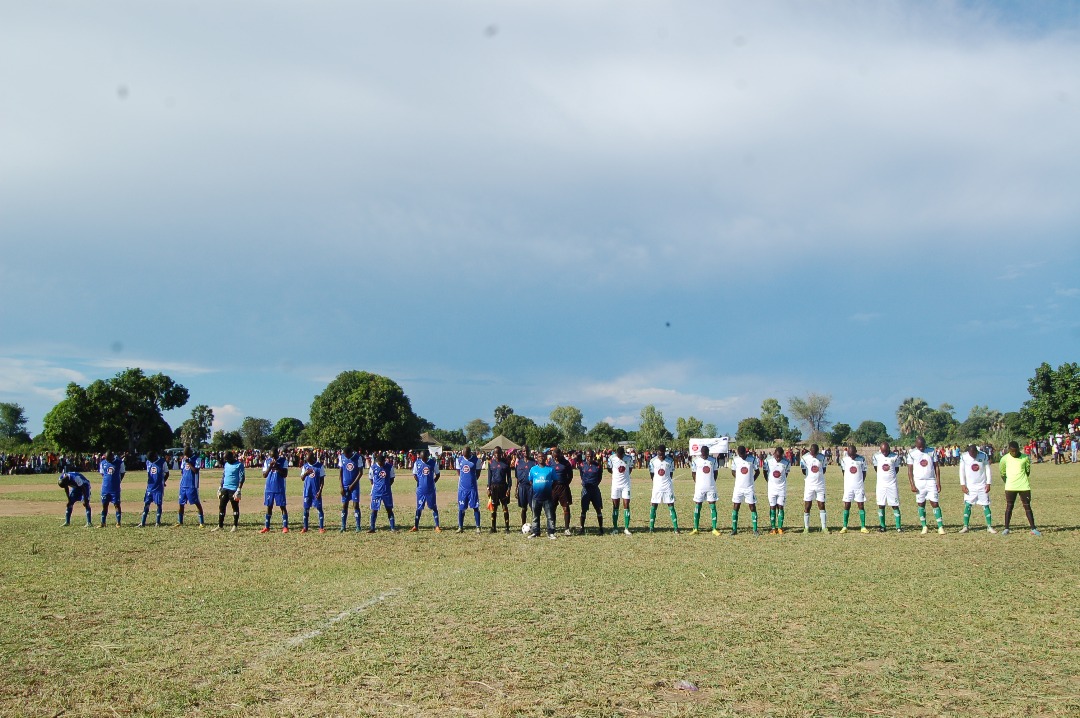 Alongside the football match, a voluntary HIV and AIDS counselling and testing took place, and it was carried out in tents erected near the pitch. Lots of people could be seen queuing outside to get free HIV testing and to get condoms, which were also being distributed. There were also drama performances and live band music to spice up the event and pull more people to hear the messages. 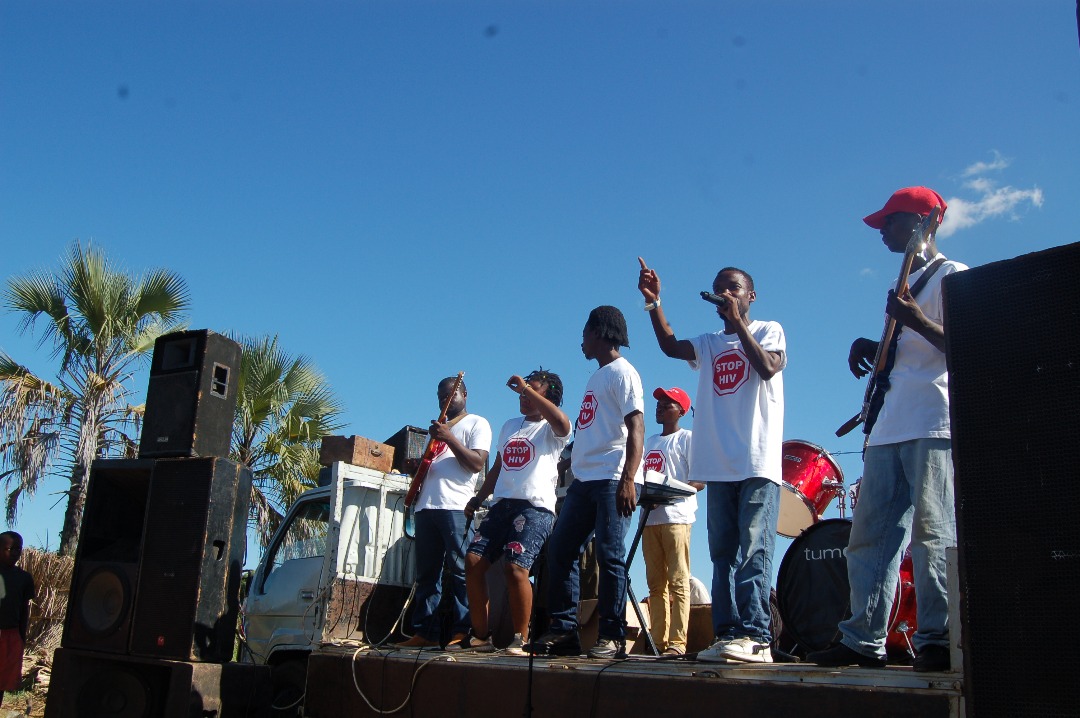 During the event the TA Kuluunda said that the campaign is extremely useful to spread awareness among the youth in the area. «We dearly thank COOPI for this initiative and other ones that they have been carrying out in the area. We expect that we will be able to see some long-term changes in the behaviour of people, especially in the youths», she said. Kuluunda added that young people had to be put at the core of such activities since they will be future leaders and that role would not be possible if they had compromised health.

Overall, around 3000 people came for the event, with even more coming for the HIV testing and counselling until darkness started falling.