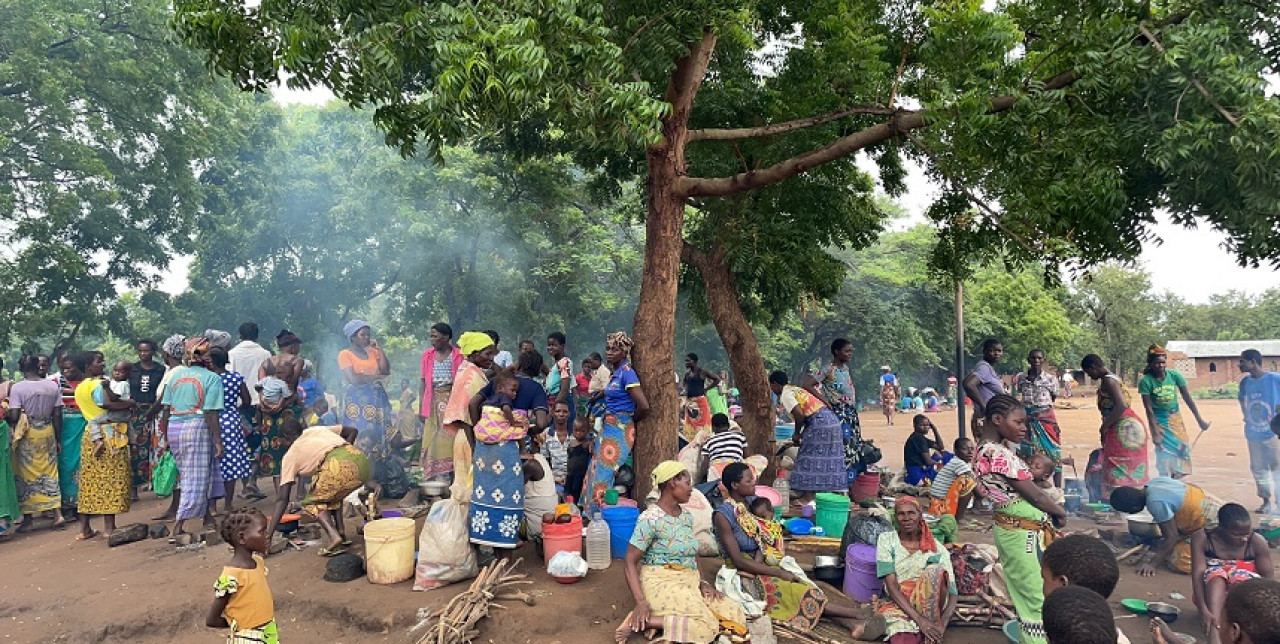 At the beginning of 2022 southern Malawi was hit by the tropical storm Ana, that produced devastating consequences causing massive damage to more than 870,000 people and the displacement of 100,000. Chikwawa and Nsanje districts were not spared from the destructive effects of cyclone ANA and experienced heavy rains and flooding in major rivers.

Starting the following day, the local authorities, in concert with the international community, began to respond to the emergency. COOPI – Cooperazione Internazionale, which has been working in the affected regions since 1999, took part in this effort by distributing NFIs to internally displaced people. COOPI has provided the communities most affected by the storm with various basic necessities, including blankets, cooking materials, diapers and sanitary products.

The distribution occurred within the districts and in camps for displaced people, targeting the most vulnerable groups: pregnant women, lactating mothers, adolescents and youthful women (10 to 35 years) elderly and disabled.

Thanks to the support of UNICEF, which finances the project "Strengthening disaster preparedness and adaptive response capacities of rural communities in Chikwawa and Nsanje districts for improved resilience", and to funds from COOPI’s private donors, it has been possible to distribute 900 units of non-food items, benefitting 175 households affected by the Storm Ana.