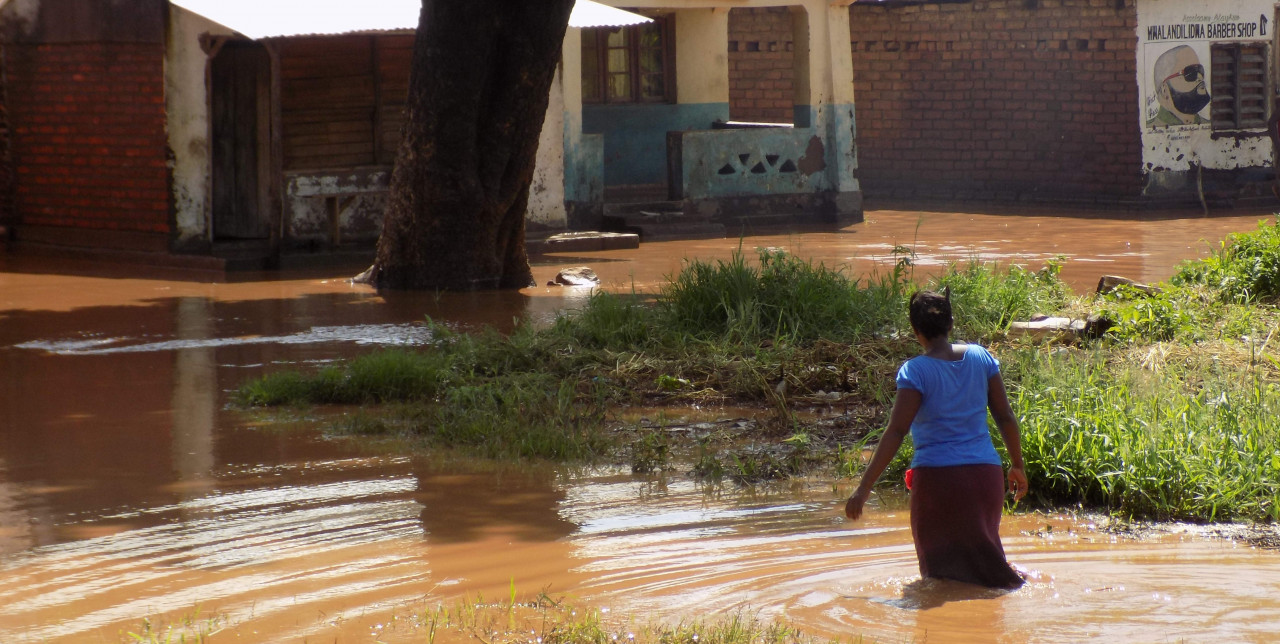 «My household was completely devastated in mid-2015 by floods from Lungwena River, but I am more prepared now». Enelles Ali (picture below, in the foreground), 44, recollects how her household was severely affected by a major flooding disaster in Mangochi district, Malawi. COOPI and Concern Worldwide operate in the country with a project aimed at “Strengthening disaster risk management systems at district and national levels to reduce future humanitarian needs by decreasing the risk to vulnerable populations in Malawi”. The intervention is implemented through the funding from the EU Humanitarian Aid (ECHO) and is focused in the intervention areas of Mangochi and Nsanje districts.

Tell us your story, Enelles.
«I was born on the 20th of November 1974, in Zambia. My father worked as a tractor operator in a road construction project until 1976. When he lost his job, we had to move back to our hometown in the village of Chapola, located in the traditional authority of Namabvi in Mangochi district, Malawi. I later got married and God blessed me with two sons, born in 1993 and 1994. I have a lovely last born daughter born in 2006. Due to the economic difficulties that my family was facing, my husband left to seek employment in South Africa. He has stayed away for over 10 years and is rumored to have re-married and started another family there. For this reason, we got divorced and I currently single-handedly support my family».

What was your experience with floods?
«One day in 2015, at about 2 am, my village was invaded by the flooding of Lungwena River. The waters were moving fast and, within few minutes, they had entered houses, including mine. Even though the community members had tried to beat drums and empty tins to alert the members, I thought it was already too late. My properties were carried away, while heavy items such as my bags of maize got soaked, leading to rotting and waste. Goats, chickens and other livestock were floating in the waters and people could not manage to rescue them, as they were focusing on rescuing their own lives and those of their family. I protected my three children from the floods and we managed to wade through the waters to a mosque, which at that time seemed to be the only safe place. We slept there for four days, until the flood ended». 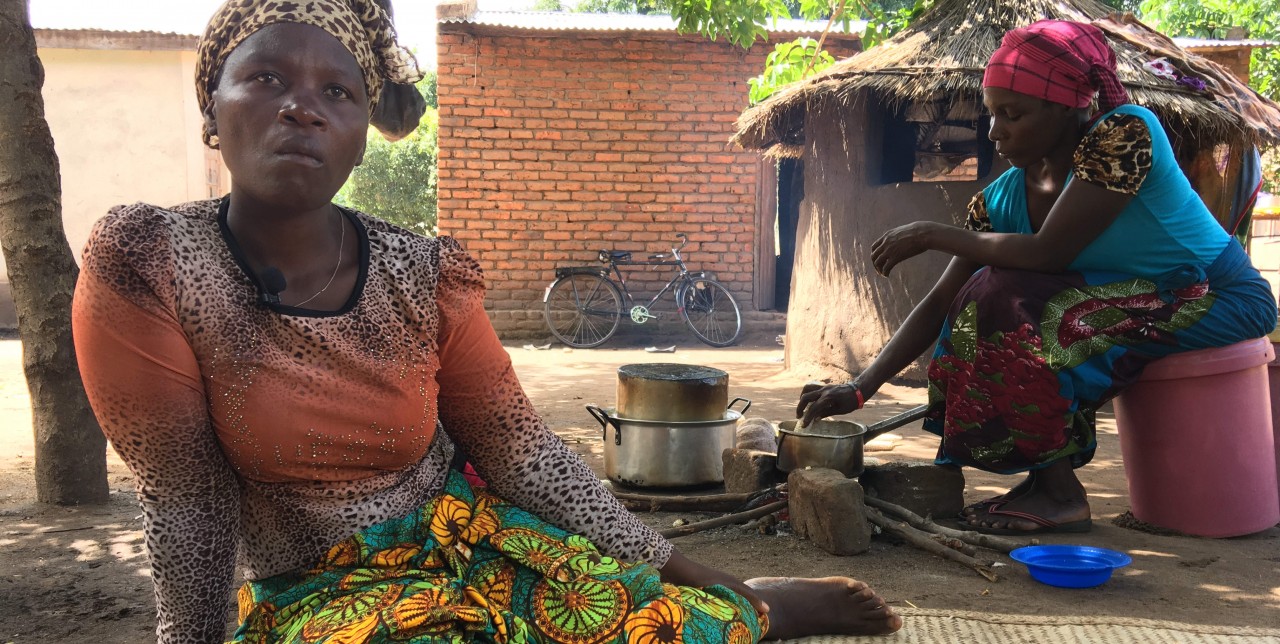 What did you do after that?
«When my family and I returned to my house, we found that we could no longer use it because all the walls were too wet due to being soaked in water and could no longer support the structure. My house was made of unburnt mud bricks and was not sturdy enough to withstand this type of situation. Together with other community members who faced a similar predicament, we opted to sleep outside our houses. That made me feel that my security as a female heading a household and the one of my children was highly compromised. We spent sleepless nights in fear of sudden attacks. Later, my family received financial assistance from my eldest son, who had since moved to South Africa. I was able to get burnt bricks, which I used to build a new house».

How has your situation improved now?
«I believe that if the flooding occurred now or anytime in the future, the damage to my household would be very minimal because COOPI has supported the community by putting in place river gauges in the upper part of the Lungwena River. This ensures that we are alerted to evacuate with our belongings in time. The trainings conducted by COOPI have helped us to form a “riverine alliance” as part of the flood early warning system. Currently, my village is able to receive early alert messages from Kwilasya village, which is located in the upstream. We are able to have ample time to inform each other among ourselves and be prepared to relocate to safer places».