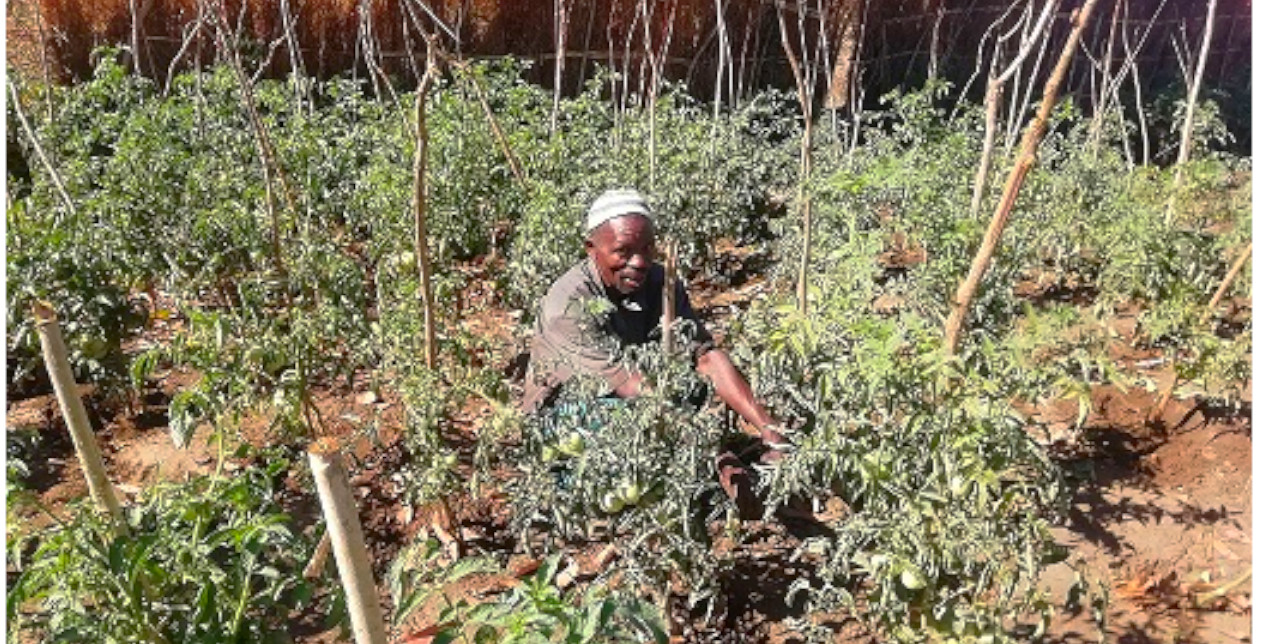 Malawi. Sustainable agriculture: "Now I can feed my family"

Christopher Issah is a 65-year-old farmer and his family consists of 10 people (4 adults and 6 children).

Christopher is also a member of the Chimwemwe Farmers' Group, one of the 90 groups created since 2016 as part of the three-year project "Rehabilitation and expansion of medium scale rice irrigation scheme in Salima District and improvement of farmers' access to markets", funded by the European Union.

After attending a training course, Christopher and his family decided to grow a rainfed crop of tomatoes on their 0.2 hectares plot.

Following smart techniques such as use of organic manure, Issah was able to produce a lot more than expected - Issah and his family invested approximately MWK 20,000 (23.84 Euros) in their farming exercise. But after the sale, they really made a fortune of MWK 250,000 (297.98 Euros), a part of which he is reinvesting in a new production cycle, which Christopher expects to make even twice in sales.

“At first, says Christopher, I just wanted to try on my own what we learnt during the farmer group training sessions. And, little by little, I noticed my crop changing – that was when I realised I was on the right path . Now, I am planning to expand my plot so I can make more profit. So far, thanks to what we have earned, I was able to make my whole family food secure.”

To strengthen food security and encourage income-generating activities for rural communities in the Salima district of Malawi, 90 groups of farmers have been created since 2016, when the rehabilitation and extension of the Lifuwu irrigation system started.

As part of the project, farmers' groups participated in training courses and practical demonstrations on the use of smart and sustainable technologies for the environment, and benefited from the extension of irrigation systems from 100 to 182 hectares, which made it easier for them to fetch water for their crops.