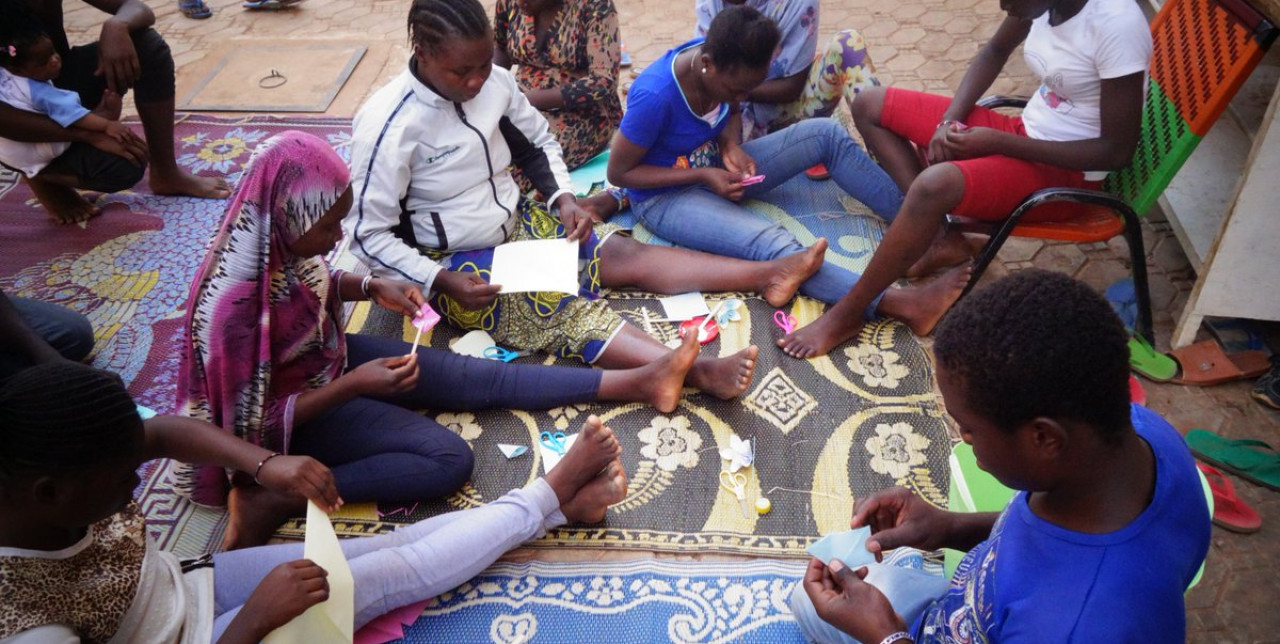 Niger: results of the education in emergency intervention

COOPI's "Programme to meet essential humanitarian needs for the protection and education of children and adolescents affected by the Lake Chad crisis in Niger", financed by ECHO (the European Civil Protection and Humanitarian Aid Operations), has been completed.

During its whole duration, the aim of the programme has been to answer basic humanitarian needs and contribute to the protection of communities affected by the humanitarian crisis, focusing on preventing and responding to the risks of exploitation and abuse to which children and adolescents are exposed, on the one hand, and on the education of young students on the other, while at the same time providing training courses for teachers.

In recent years the Diffa region (Niger) has been directly involved in the massive forced displacement of populations caused by the ongoing armed conflicts, from Niger and other countries of Lake Chad, who settled mainly in spontaneous sites or host communities. Estimates conducted in2016 have reported 241,000 displaced persons in the region, including IDPs, refugees and returnees. Almost 120,000 are in need of protection, including a large number with special needs. Among the most vulnerable are children, who make up about 55% of IDPs, at risk of abuse, neglect, exploitation, arrest and detention, recruitment by armed groups and stigmatisation.

The benefits of protection interventions

In regard to protection, the Programme has been concerned with the prevention and the taking charge of subjects exposed to various types of risk (including medical cases and ones related to gender-based violence) in the beneficiary communities, located in the N'Guingmi, Bosso, Diffa, Maine-Soroa and Goudoumaria departments. 585 cases were reported to the appropriate services, including the staff of COOPI psychologists.

The intervention of specialists has resulted in a general improvement of serenity and a reduction of anxiety in young patients. During the survey conducted in three distinct phases of the programme (at the beginning, during the middle phase and towards the end), 80% of the sample consulted reported significant progress in their psychological conditions. The general health questionnaire showed a similar improvement throughout the three phases in 95% of the participants, especially in the reduction of anxiety and the improvement in self-confidence.

Learning in a protective environment

Concerning schooling, the programme has pursued access to quality education in an educational and protective community environment for school-age children and adolescents, both through formal and non-formal education.

In a regional context with 138,000 children in need of schooling, COOPI has allowed 1034 students to attend their first cycle of education and 1101 adolescents to attend classes in 18 DIAPado, i.e. itinerant learning «devices» used in emergency contexts, for a total of 2135 children and adolescents reached. Remarkably, all the 1034 students from the first cycle have completed their education.

The importance of integrating psychosocial education into teacher training

COOPI is also committed to training all adult figures interacting with students, whether in teaching, management or awareness. 90 members of the School Management Committees (COGES) were actively involved in the management of the DIAPado, while a total of 434 teachers (336 from primary school and 98 from secondary school) were trained in pedagogical-psychosocial support and safety. Finally, members of mixed groups of parents and teachers were involved in activities promoting the importance of schooling and children's rights.

One aspect to highlight is the integration of psychosocial education. One of the lessons emerged throughout the project is that teacher training in psychosocial support could be effective and sustainable if integrated into the training programme from the very start and if translated into a concrete learning goal. For this reason, COOPI organized some meetings with the Regional Directorate of Primary Education and the Directorate General of the University Institute for Teacher Education. The proposal of introducing this pedagogical innovation has been accepted and from next year , with the regionalization of the PSEF (Plan Sectoriel de l'Enseignement et de la Formation, the educational guidance document of Niger until 2024) in the PRSEF (Plan Régional de l'Enseignement et de la Formation), it will become reality.

The project has made it possible to strengthen COOPI's action in the Diffa region in an integrated way to answer education-related problems and risks of protection of the populations affected by the crisis and displacements. The results obtained highlight the importance of involving communities by strengthening their capacities and role in protecting children and the most vulnerable. After the end of the project, COOPI continued to support some of the DIAPado in order to allow adolescents to finish their studies and also to guide them towards post-literacy training programs (mainly vocational training) in the future.