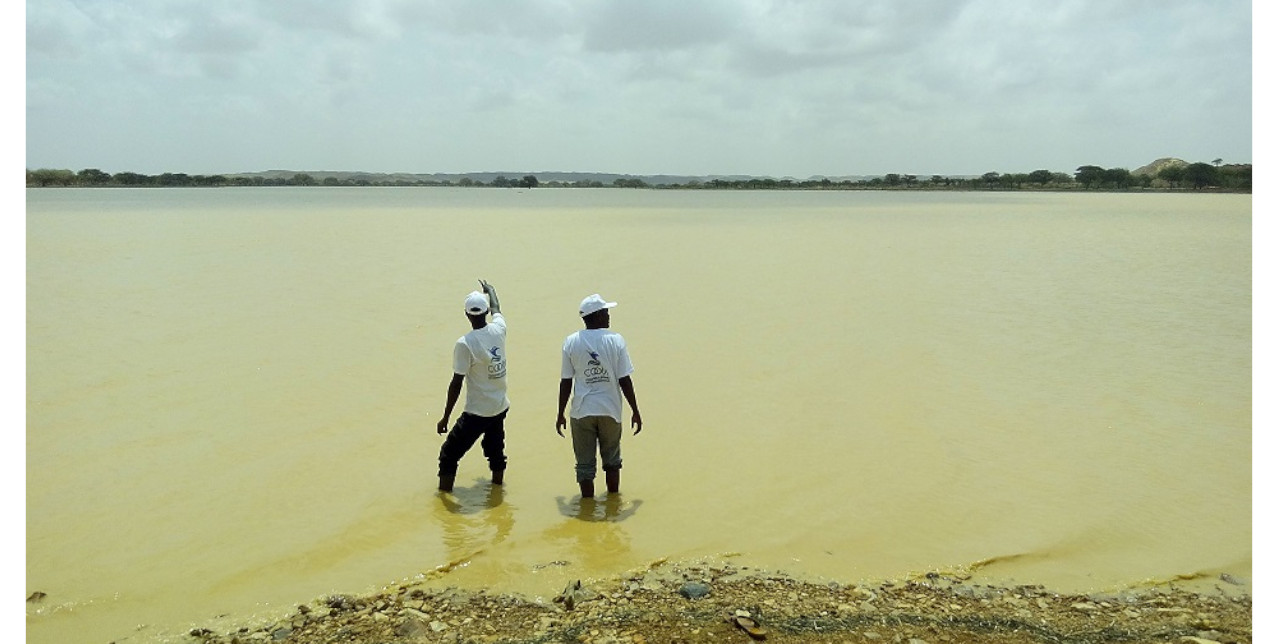 In the last 30 years, the El Niño weather phenomenon has caused drought and a decline in rainfall throughout Sudan, affecting about 59.5 million people.

For instance, in Um Baru and Kornoi, in northern Darfur, livestock farming and agriculture are the backbone of the economy, but they highly rely on water for both human and animal consumption and irrigation.

Reducing the impact of El Niño is therefore vital to ensure the resilience of communities, agricultural yields and livestock farming and we are contributing to do it, by implementing the "Mitigate the effect of El Niño for host and IDP Population in North Darfur State" project, funded by the European Union.

This three-year project will support about 108,000 beneficiaries, including 18,000 families, who will be provided with suitable tools and techniques to counter the effects of climate change and improve livelihoods.

To this effect, three earth dams will be rehabilitated in Kerfu, Orchi and Meski, in order to significantly increase access to water for agriculture and livestock and reduce conflicts between shepherds and small farmers.

The permanent emergency situation in the area has led to massive population displacement, increasing pressure on the scarce natural resources available and worsening chronic food insecurity.

In recent years, for example, more than 30,000 people have returned to Um Baru only – the increased number of returnees IDPs and local population will significantly aggravate the effects of climate change and further degrade natural resources.

In Kornoi, on the other hand, recurrent conflicts have destroyed basic infrastructures and services and, since 2015, cereal production has fallen, thus reducing food availability.

It is therefore crucial to tackle the effects climate change and adopt sustainable mitigation actions to protect the environment .