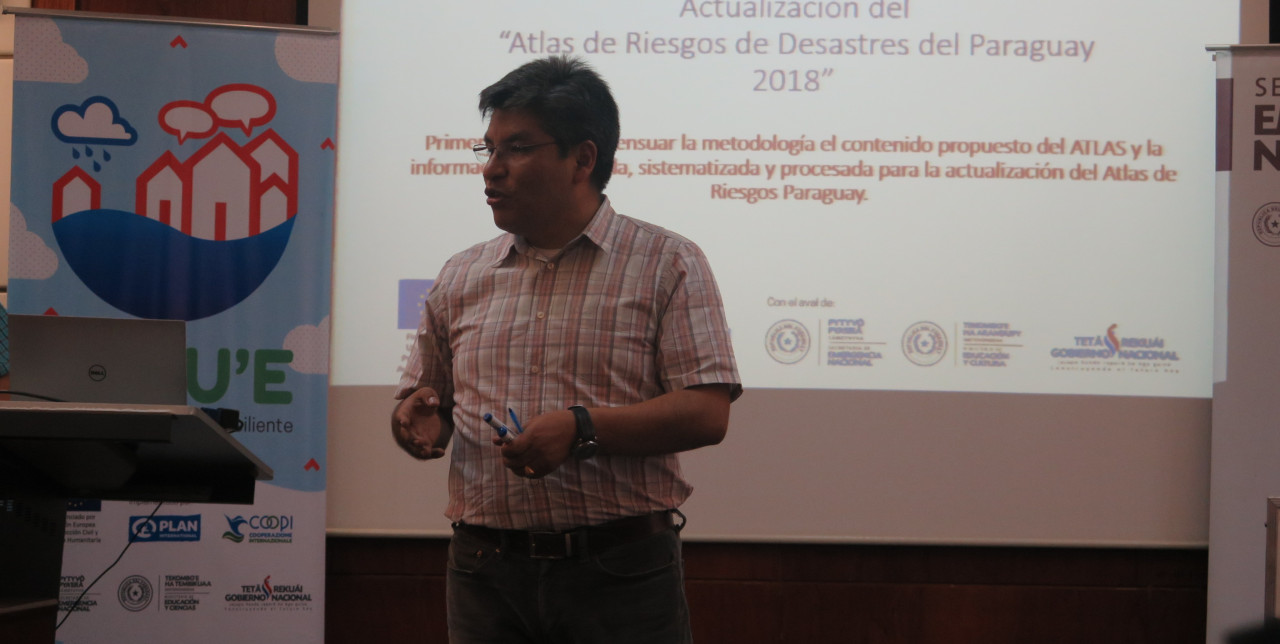 Paraguay: towards the elaboration of the National Atlas of Disasters Risk

Paraguay suffers asignificant vulnerability to the risk of disasters caused by hydro-metereological hazards (floods, thunderstorms, droughts and frost). Between 1980 and 2015, the country has experienced more than 1,600 climate-related disasters, which have affected more than 1.1 million inhabitants.

In 2016 Republic of Paraguay has adopted the Sendai Framework for Disaster Risk Reduction 2015-2030 (SFA), an international agreement signed by UN member countries, which sets specific priorities of action to Reduce Disaster Risk at global and national level. Risk knowledge and monitoring is an essential pillar of disaster risk management and the first priority of Sendai Framework states the necessity to promote the collection, analysis, management and use of relevant data and information and ensure its dissemination, as well as encouraging the use of them for decision making processes.

Since the beginning of the year, COOPI in partnership with Plan International is collaborating with several National Institutions, Civil Society Organizations and Research Centres for supporting the implementation of Sendai Framework priorities in Paraguay addressing specifically the Priority #1 by developing an up to date National Atlas of Disaster Risk. Since February 2018 a technical committee, composed by the National Emergency Secretariat – SEN, the Jaku'e project Consortium and The Parque Tecnologico de Itaipu is coordinating the elaboration of the Atlas and collaborating with the experts of the Fundación para el Desarrollo Participativo Comunitario - FUNDEPCO, a Bolivian foundation specialized in geographic information systems (GIS) that elaborated other Risk ATLAS in Latin America. In 2012 the involvement of FUNDEPCO in the Chaco Rapere project, managed by the consortium COOPI-OXFAM, led to the generation of an initial version of the document which represented the first systematization of geo-referenced data on natural hazards, socio-economical vulnerabilities and finally disaster risk at national level.

The new ATLAS will be finalized and distributed by the end of July 2018, and is meant to be a tool for supporting the decision-making process on disaster risk management as well as on land use planning, urban development and many other sectors which needs to integrate climate change impacts and exposure to natural hazards into their activities or business. In order to achieve maximum use of this tool, COOPI aims to collecting, systematizing and mapping all available information on hidro-meteorological hazards, vulnerabilities of the population and national assets, as well as local capacities available to reduce disaster risk. The processing of these information will classify the national territory according to a double approach, administrative (250 Districts) and hydrographic (183 River Basins), localizing most prone areas to floods, thunderstorms, forest fire, frost and droughts. 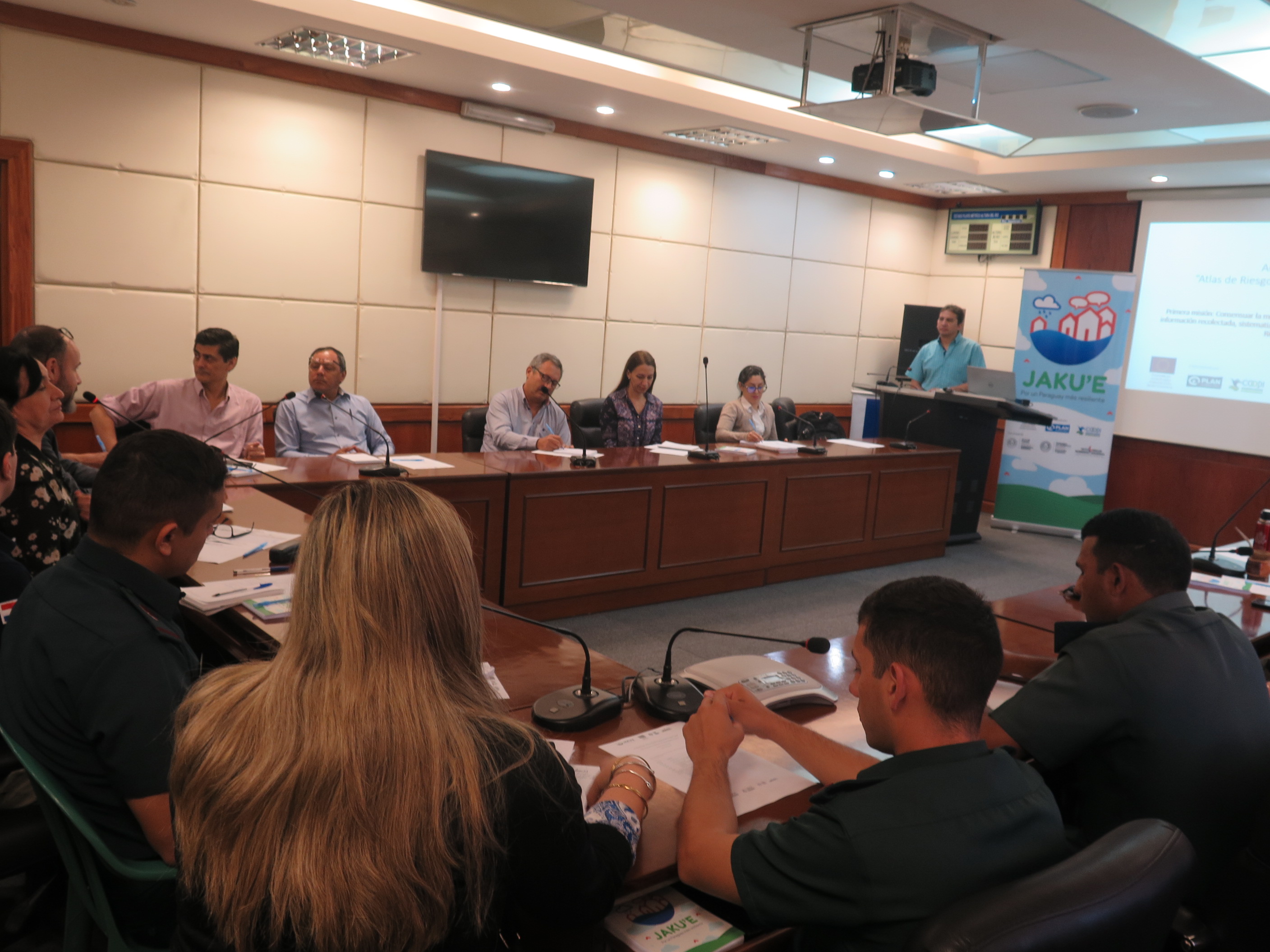 The coordination committee is calling for periodical meetings involving the Directorate of Military Geographic Service (DISERGEMIL), the General Directorate of Statistics, Surveys and Censuses (DGEEC), the Directorate of Meteorology and Hydrology (DINAC), the Ministry of Education and Sciences, the Technical Secretariat of Planning and the Polytechnic School of the National University of Asunción. These institutions will participate in the updating process as organizations that permanently generate information worth to be integrated in the ATLAS.

The preparation of the National Atlas of Disaster Risk in Paraguay is part of the actions undertaken by the “Jaku'e Project: Promoting resilience through disaster risk management and good practices on protection, education and livelihoods in Paraguay" (Jaku’e means “Let’s move” in Guarani language) which is funded by the EU Humanitarian Aid (ECHO) and implemented by the consortium PLAN International - COOPI- Cooperazione Internazionale with the endorsement of the National Emergency Secretariat and the Ministry of Education and Sciences.