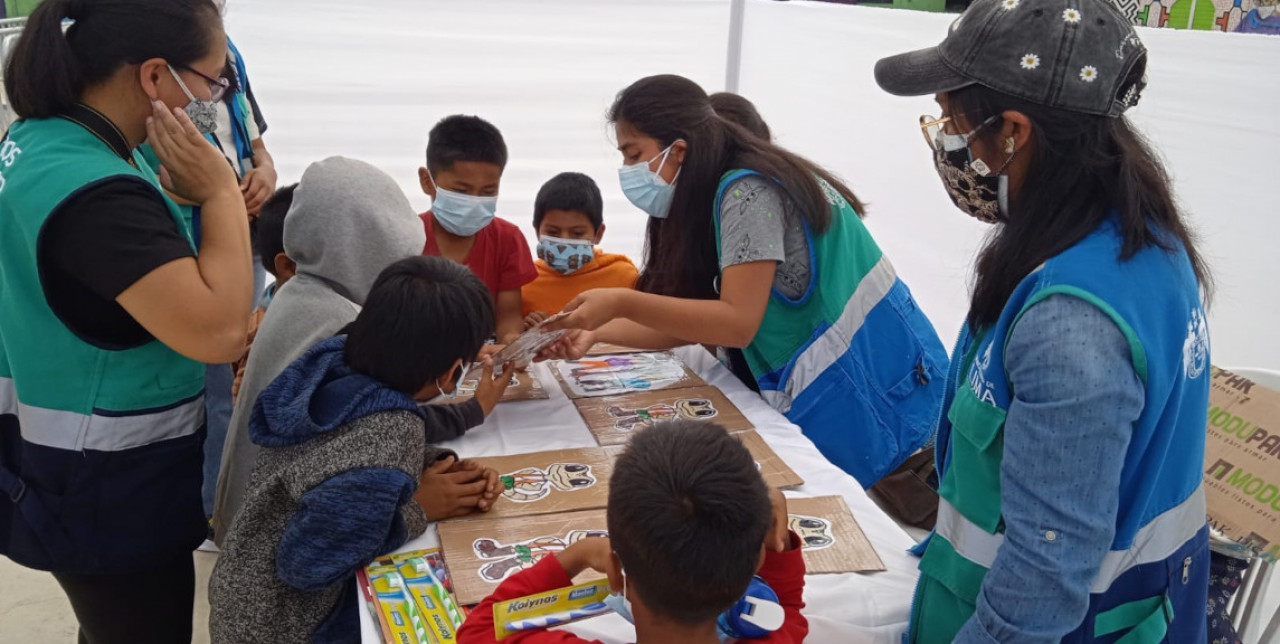 On 16 October, COOPI - Cooperazione Internazionale  organised an awareness-raising fair on disaster risk management addressed to the Shipibo Conibo community of Cantagallo, in the framework of the project "PREPARACION INCLUSIVA, RESPUESTA EFECTIVA" in consortium with the two NGOs Plan International and Humanity & Inclusion, funded by the European Union and the Directorate-General for Civil Protection and Humanitarian Aid Operations (ECHO). The fair included exhibition and games for families in the community to learn about disaster risk management and the importance of a culture of prevention.

The Shipibo community is an ethnic group in the Peruvian Amazon living in small communities of 10 to 150 families on the banks of the Ucayali river in the Rimac district and it is composed of three subgroups (Shipibo, Konibo and Xetebo). In this area, the inhabitants live in precarious conditions, as the soil on which they have built their houses is not edible and an earthquake could cause a tragedy.

In order to raise awareness about this issue in such a critical context, eleven institutions participated in the fair, such as INDECI, the Civil Protection Sub-management of the Metropolitan Municipality of Lima, the Disaster Risk Management and Civil Protection Sub-management of the Municipality of Rimac, Lima Ambiental, the Peruvian Red Cross, DIRIS and other NGOs. All the organisations demonstrated their work and made disaster risk management services, initiatives and messages known. About a hundred people attended the fair, including community members of different age groups, especially children, who were the most enthusiastic about the fair and participated in the dynamic workshops held by Lima Ambiental on caring for the environment through play and using recycled materials.  In addition, INDECI helped raise children's awareness of disaster risk prevention by having them draw, paint and assemble puzzles to identify safe evacuation zones. On the other hand, in order to promote the culture of disaster risk management prevention, the Civil Protection Department of the Metropolitan Municipality of Lima presented the Wheel Game to promote learning activities among children. 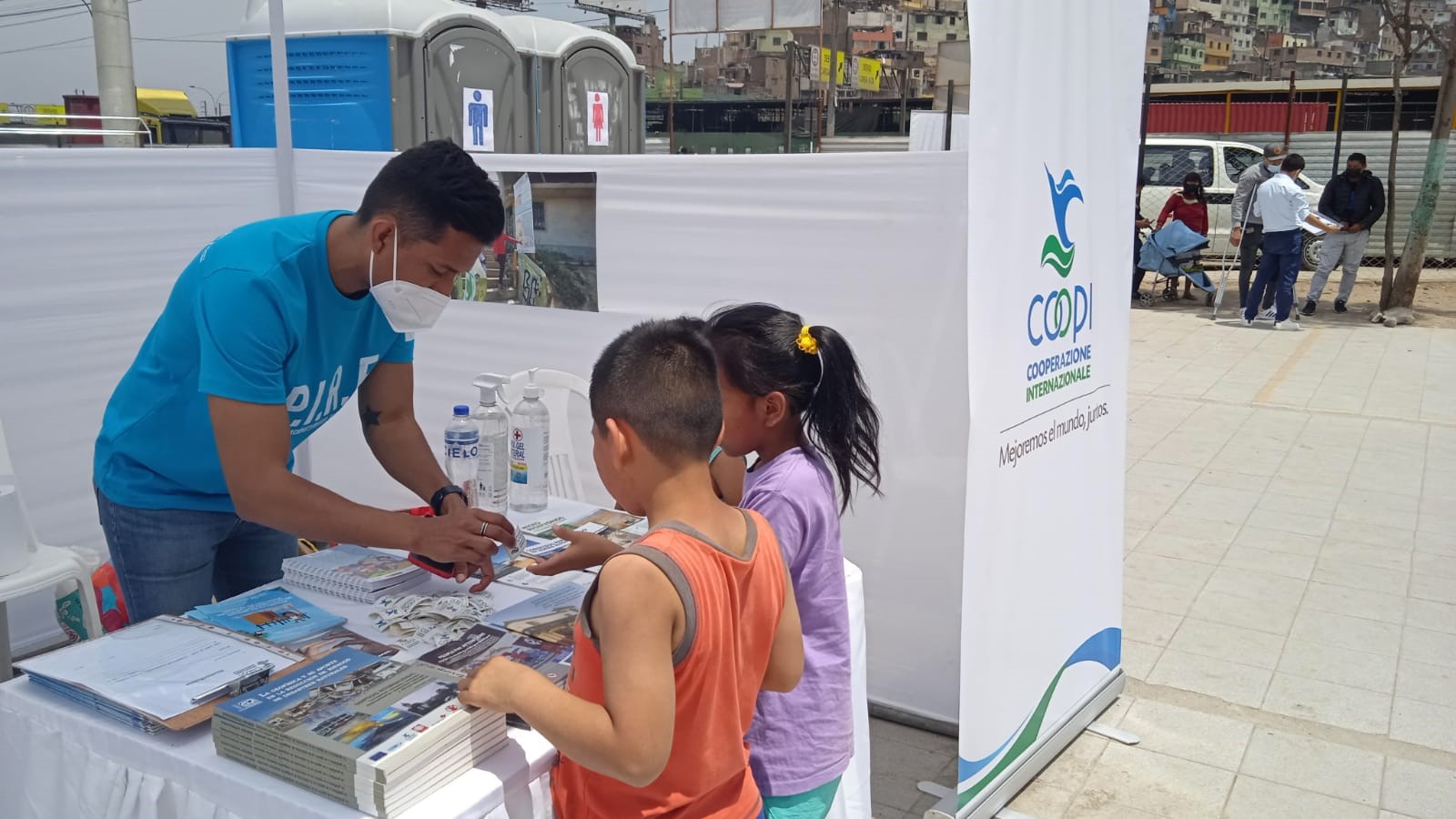 In addition to the recreational/educational area, the fair also included an artistic sector, which was the responsibility of a popular music group, composed of young people from the community, who developed a report in their mother tongue (Shipibo). Their participation in this event and the decision to include local music made it possible to encourage people to get to know and approach the fair and the stands and involve them in the various activities. On the other hand, the Non Shinambo collective, represented by the artisan mothers of the Shipibo Conibo Community of Cantagallo, also exhibited their jewellery (earrings, bracelets) and weaving (wallets, bags, masks and clothes) works.

The choice of combining several fields, such as art and manufacturing, aimed at orientating the community members on their own interests, providing them with theory and practice for the transmission of contents on natural and anthropogenic disaster management. It also gave visibility to the handicraft activities of some local groups, as handicraft is a subsistence activity. 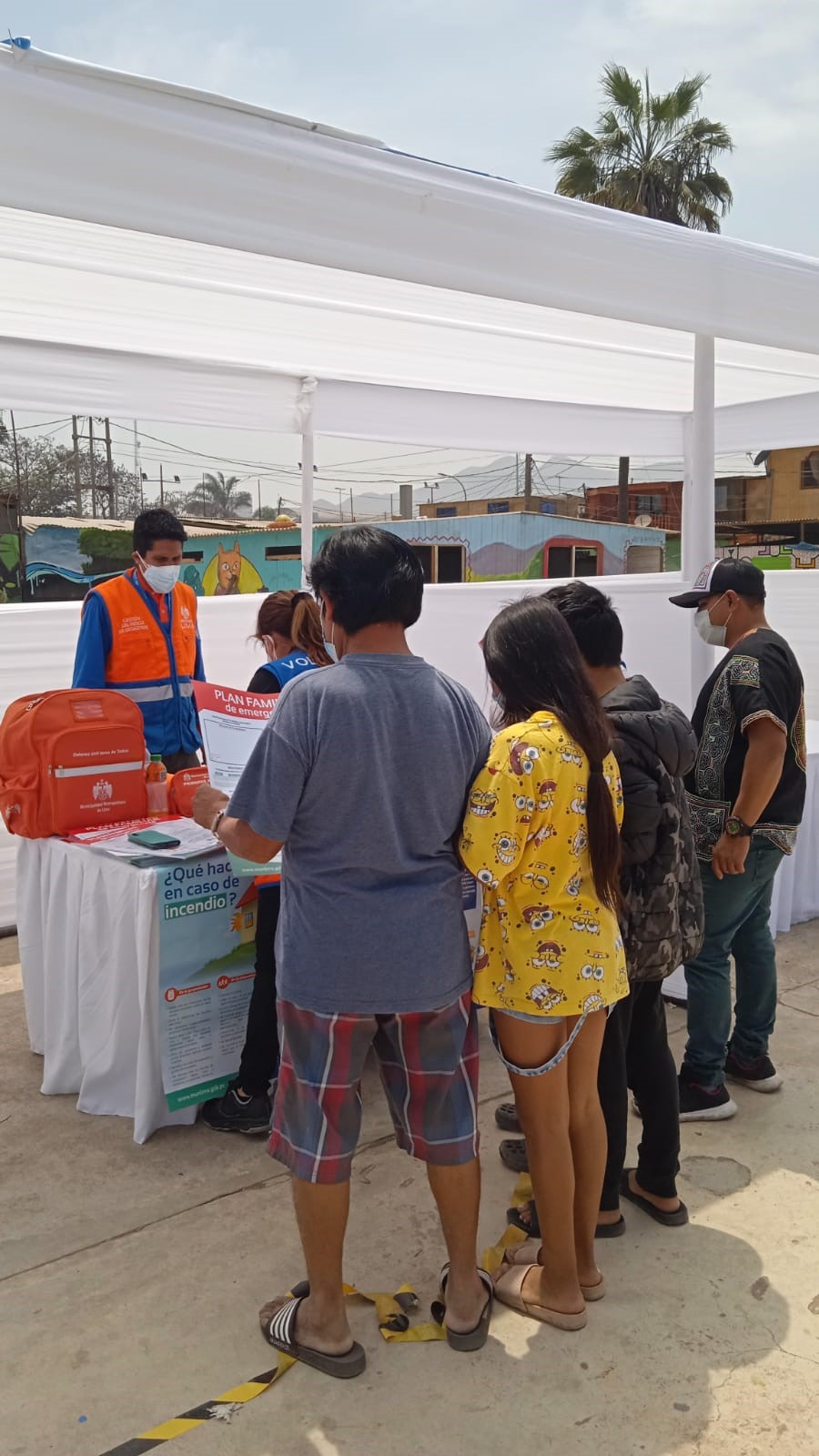 At the conclusion of the fair, the project coordinator, architect Fiorella Palomino, said: "We are grateful for the participation of the Shipibo Conibo community of Cantagallo in the information fair on natural and anthropogenic disaster management; we hope that the services offered by the public institutions and civil society organisations invited to the initiative will help reduce the risk of disasters in the country; through the project "Preparación Inclusiva, Respuesta Efectiva" we will prepare family emergency plans in the coming weeks, all together fostering a culture of prevention".

Following the severe floods in 2017 that affected almost 2 million people in northern Peru, COOPI is working alongside local authorities with Risk Management programmes.