In Niger, the humanitarian crisis is still a challenge. As a consequence of the Malian crisis in 2012, many communities decided to migrate to settle in the cross-border area between Niger, Mali and Burkina Faso. In the Tillabéri and Tahoua regions, more than 300,000 displaced persons and refugees were registered, including 200,000 people in dire need.

Through the project "Emergency Response (ERM) to the health care, nutrition and psychosocial support needs of vulnerable, displaced and host populations affected by the crisis in the regions of Tillabéri and Tahoua in Niger" funded by the European Union Humanitarian Aid (ECHO), COOPI supports displaced persons, refugees and host communities to improve their physical and mental well-being.

COOPI's intervention included several activities such as basic health care, psychosocial support, activities to fight the numerous cases of malnutrition, awareness-raising sessions and the creation of mobile units. Thanks to the project and its presence on the territory, COOPI ensured a rapid response reaching more than 62,000 beneficiaries belonging to the most vulnerable categories such as children, women and victims of gender violence. 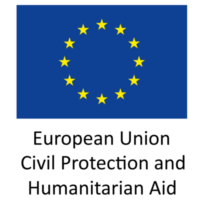