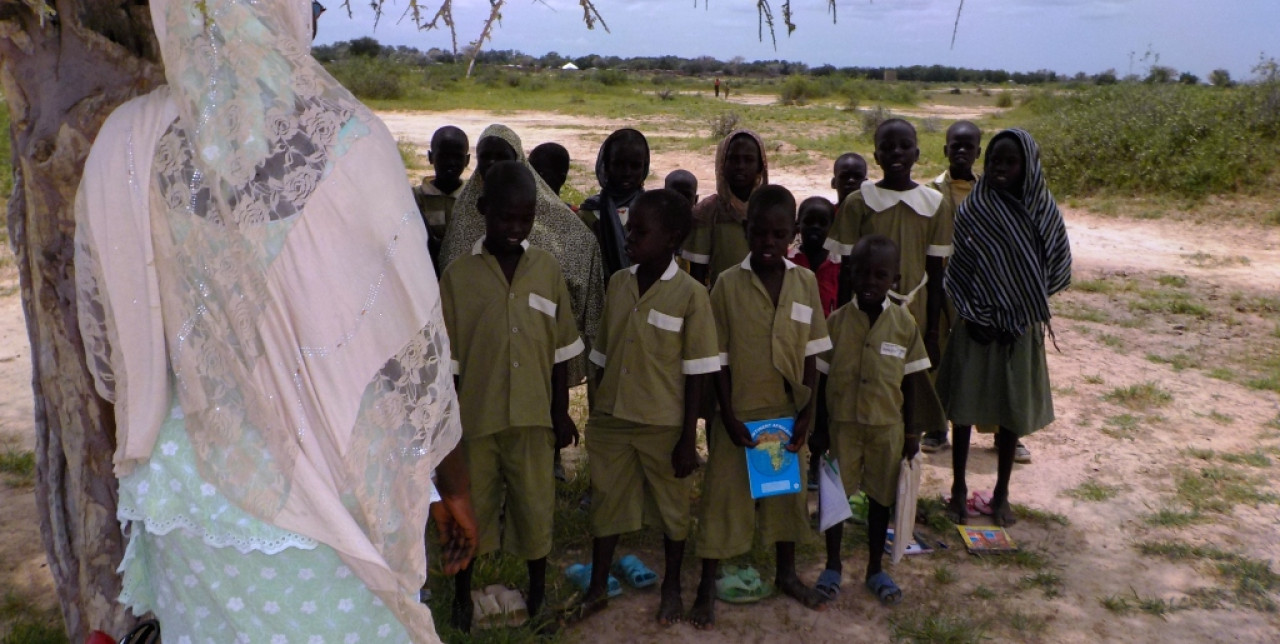 In the Far North Region of Cameroon, and particularly in the Logone and Chari Department, COOPI is intervening to promote the education of children and boys between 5 and 18 years of age with the project Rieducapace - Relaunch of an education for Peace,  funded by the Italian Agency for Development Cooperation (AICS).

Our mission is to increase awareness in those communities living in the area about the importance of education and to guarantee the right to it for those who can't attend school because of either extreme poverty, habits of local populations (mostly Choa arabs and nomads) or the conflict raised by Boko Haram.

The Logone and Chari department is located in the Sahel desert, more specifically in the drained territories of Lake Chad. The surrounding area features scarce rainfalls (less than 600 mm in the year), a long dry season (9 months, from October until June) and an average temperature of 40 degrees in the shade.

It's this land -arid and averse to human settlement- that 60% of the refugees from the Far North Region head towards. Overpopulation, combined with the scarcity of food resources, threatens to further compromise the precarious balance of this area. When it comes to education, local authorities do not have the necessary human and economic resources to face the emergency.

63 schools were shut down and enrollment costs are still too high for certain families with a daily income lower than 50 eurocents (300 CFA francs).

Moreover, two additional problems affect the situation: the first one being a high school dropout rate, exploited by radical Islam, and the second one consisting in teachers not being prepared enough to teach in such emergency, as it requires the integration between didactic activities and psychological help for those who are the most in need and vulnerable.

Schools and psychological support to the children

In this context, and specifically in the town halls of Makary, Fotokol, Hile-Alifa and Blangua, COOPI has been working for 10 months, since April and until January 2018, to carry out several high-priority interventions:

Moreover, new wells will be set up close to schools and the existing ones will be restored to secure access to drinkable water.  The construction of toilets is also expected, and so is an awareness campaign on the good hygienic-sanitary practices apt to improve the health of children and to reduce the risk of endemic illnesses.

With our help, about 12300 children and boys will be able to go to school in a healthy and safe environment.